Omani driver Abdullah Masoud Altawqi has won the second of seven scholarship prizes as part of the FIA Rally Star program, beating 20 other contestants in the Middle East and North Africa finals.

Altawqi was one of the six-strong representation from Oman’s national federation, taking part in a two-phase shootout at the Yas Marina Circuit in Abu Dhabi held on a specially-built dirt track.

Rally Star officials had made clear before the regional finals began that they were looking for the most complete driver, not necessarily the fastest on the test stage.

But Altawqi was top of the charts for the gravel stage anyway, and also topped a reflex test held both before and after driving the LifeLive TN5 CrossCar on Sunday.

“We tried the cross cars during the shakedown, it was very hard to drive. I got used to it during the qualifying day and final, the competition was intense, but I finally won!” said Altawqi.

His prize will be a six-round campaign in a Ford Fiesta Rally3 next year, joining European final winner Romet Jürgenson as one of seven drivers in the program.

A reserve driver from the MENA region was also selected, Anthony Dagher from Lebanon. Along with Altawqi, he was the only driver to crack a sub 2m50s time on the gravel stage. He joins European runner-up Patrik Hallberg on the reserves bench.

Farah Zakaria from Jordan will represent the Middle East in the Rally Star women’s final, joining Maja Hallén Fellenius and Katie Milner in the all-female event to be held in North America later this year.

Her progression came despite Rhea Dagher being the only female competitor to make the overall final 12 in Abu Dhabi. Zakaria had finished last in Group C during stage two, meaning she missed the cut for the last-chance digital qualifier to try and make the final stage.

Zwartkops Raceway in Pretoria, South Africa, hosts the next Rally Star regional final on May 27-29. 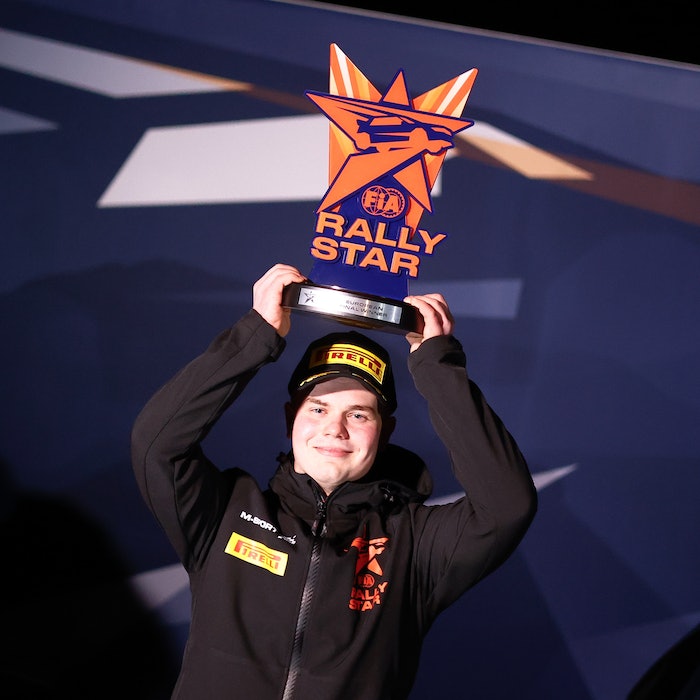 Romet Jürgenson's rally dreams were dead – until an against-the-odds win in Estering revived his WRC ambitions.