To many, the number 33 and the letters ‘EJB’ may amount to simply a random collection of figures. But to you and I, they evoke memories of one of rallying’s true great David vs Goliath performances that feels all too poignant to remember.

The passing of Paddy Hopkirk last week, aged 89, reminded us all just what a legend he was. And whether you watched it for real, read about it, heard about it or were even fortunate enough to talk about it with the man himself, there’s one event Hopkirk will always be associated with more than any other.

It’s impossible for rally fans of a certain generation (like me) to truly comprehend just how different the Monte was 58 years ago to the rally Sébastien Loeb won in January. Forget tenths of a second between crews on each stage and a live television powerstage, in the 1960s the competitors didn’t even all start in the same place! 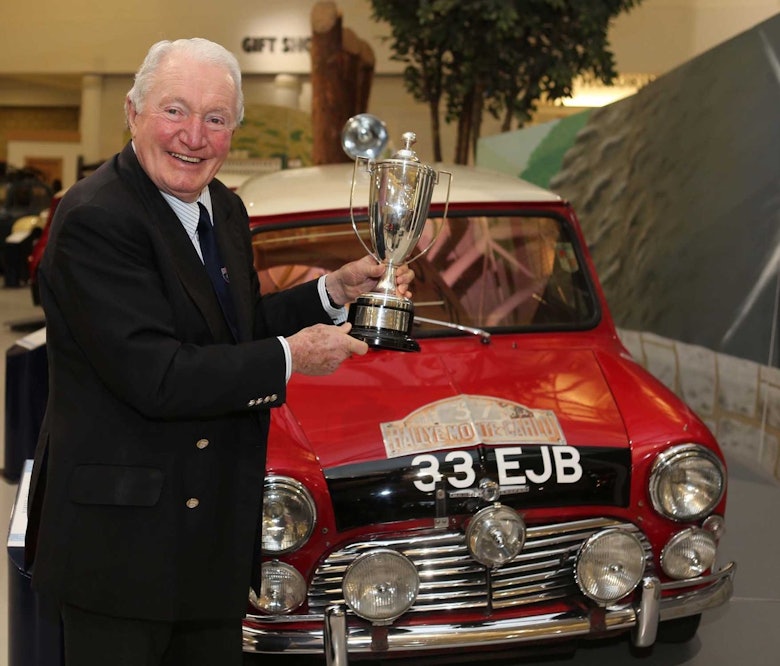 But one thing has always stayed the same – the rally’s prestige. Win the Monte and you’re instantly a rally legend, as Hopkirk would find out to his surprise.

Hopkirk was already a known quantity in his native Northern Ireland, winning events either side of the Irish border including the prestigious Circuit of Ireland prior to the 1964 Monte.

But, still over a decade out from the formation of the World Rally Championship, his profile internationally wasn’t particularly large. Hopkirk had scored well on the RAC Rally and netted a second on the Tulpen Rally in the Netherlands, but he was a fairly unknown quantity on the big stage.

And the same could be said of the plucky little Mini he brought into battle against the might of Mercedes-Benz, Saab, Volvo, Citroën, and Ford’s menacing fleet of V8-powered Falcons.

But perhaps the writing was on the wall all along. First in class on the 1963 Tour de France had highlighted the quality of both driver and car, but little did anyone know just how big a victory this small car was set to score.

Crews could start from nine different European cities, and Hopkirk and co-driver Henry Liddon’s adventure began in Minsk – a grueling 1250 miles away from the rally’s official start in Reims. The others were Glasgow, Warsaw, Frankfurt, Lisbon, Athens, Monte Carlo, Oslo or Paris in case it’s asked at your next pub quiz!

Just making it there was therefore a massive challenge but Hopkirk was already thinking ahead, bartering some nylon stockings for a tin of caviar which he stashed with his Mini’s spare parts in the hope of making a profit by the time he made it to Monte Carlo.

Surviving off coffee and Dexedrine to defeat any weariness, the pair made it to the start of the rally but it almost went wrong before it had even truly begun. Hopkirk was stopped by a policeman on the first day of the rally for accidentally turning the wrong way up a one-way road.

We’ve seen this plenty of times over the years in rallying, perhaps most famously when Daniel Elena pleaded with Mexican police to allow him and Sébastien Loeb to make it back to service on three wheels, and Marcus Grönholm in a similar situation (although less successful in his pleading) with the Welsh constabulary a couple of years earlier.

But if there was one thing Hopkirk wasn’t short on, it was charm. The Ulsterman displayed all of his endearing Irish appeal with the French police and explained that he had given up on the rally and was heading home because his mother had died.

The police bought it. And it was just as well, as naturally if Hopkirk had been arrested he’d have been disqualified from the rally with immediate effect. But instead, Hopkirk drove off and mashed his foot to the floor in a bid to make up for the lost time.

He had the luck of the Irish, and Hopkirk was putting it to good use. Although he and his modest Cooper were outgunned on practically all of the stages, the coefficient in place to counterbalance weight and power made it anyone’s guess.

We were very lucky – the car was right, everything happened at the right time and came together at the right moment Paddy Hopkirk

“Although the Mini was only a little family saloon, technically it had a lot of advantages,” Hopkirk said in an interview a few years ago.

“Its front-wheel drive and front-mounted transverse engine were a great advantage, and the fact the car was smaller and the roads were ploughed, they were quite narrow, so I suppose that was an advantage.

“We were very lucky – the car was right, everything happened at the right time and came together at the right moment.”

That right moment would be the famed ‘Night of the Long Knives’. Ford’s Bo Ljungfeldt was Hopkirk’s main opposition, but on the narrow and snowy sections that punctuated that last evening in the mountains, Hopkirk and the Cooper S had the edge. 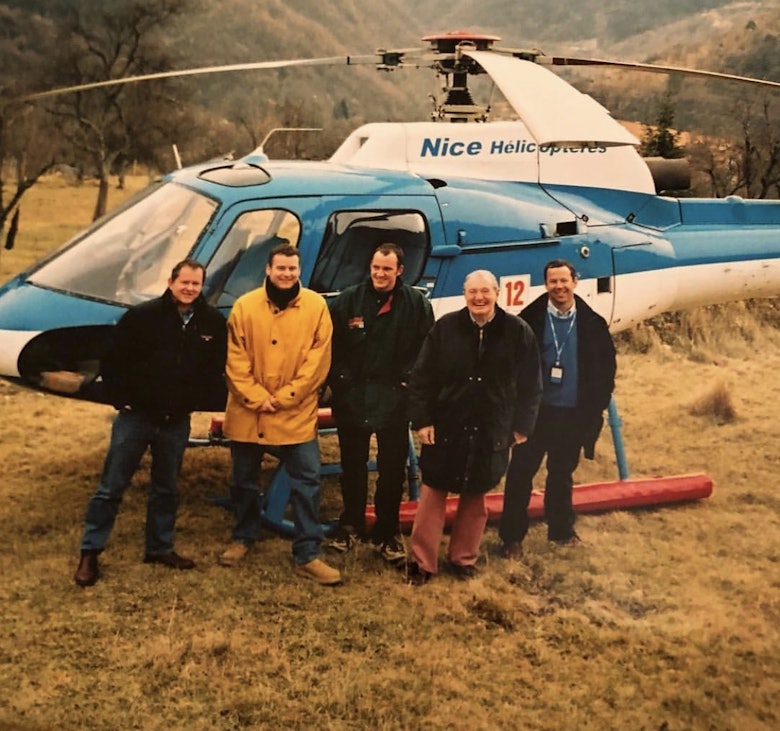 THE CHANCE HOPKIRK MEETING THAT IGNITED MY RALLY PASSION

“It was quite snowy that year, so we had done a lot of practising and preparing,” Hopkirk remembered. “The Mini was particularly good downhill, and all the tests were up and downhill, so what we lost going up, I think we made up for going downhill.”

Sensationally Hopkirk had taken the lead by the time he made it back to Monte Carlo, with just one stage remaining – a five-lap timed section around the grand prix circuit. Not that he knew it.

In an era without instant data via the internet, nobody knew who was leading the rally. Hopkirk arrived back to his team and knew he’d done well (he hadn’t hit anything), but quite how well took him by surprise.

It was a call from a French journalist Bernard Cahier that broke the news. Cahier reckoned Hopkirk was leading. Initially, Hopkirk didn’t believe him.

I had to do the final circuit, then the journalists told me I had won and I couldn’t believe it. It surprised the world and us, so it was very nice Paddy Hopkirk

“It’s not like rallying today when you know where you are,” said Hopkirk.

“I had to do the final circuit, then the journalists told me I had won and I couldn’t believe it. It surprised the world and us, so it was very nice.”

Hopkirk – and the Mini – were instant legends. The plucky package had slewn the giants, and the world absolutely lapped it up. This wasn’t just sports news, this was front page news.

“I got a telegram from the Beatles,” Hopkirk revealed. “That was followed by a photograph of the four of them autographed to me saying: ‘You’re one of us now, Paddy.’

“That was very nice to have.”

And remember that tin of caviar? Hopkirk was pictured eating it, washed down with champagne, alongside that year’s Formula 1 world champion Juan Manuel Fangio and the Mini’s designer Alec Issigonis on the balcony of the Hotel Paris. Forget any business trade, he’d just won the most glamorous rally of them all!

The effect was profound. Mini’s sales went up 53% compared to the same quarter in 1963 and Mini’s Monte magic continued on the stages with victories in 1965 and ’67 thanks to Timo Mäkinen and Rauno Aaltonen.

But, just like Colin McRae and the Subaru Impreza, the Mini Cooper was forever linked with Paddy Hopkirk after his ultimate display of skill, bravery and judgement created an instant legend that Hopkirk was always keen to embrace.

Few performances have ever created such a storm and few drivers could have pulled it off in such style. There really was only one Paddy Hopkirk, and the world’s already a poorer place without him.