Fancy a ride alongside Ken Block? Seriously. It’s there for the taking. There, by the way, is San Marino. And you’ll need to get a wriggle on. The auction to win the seat next to KB is taking place at Rallylegend on Thursday afternoon.

Block’s back in the Republic to defend the class win he captured aboard his Ford Escort RS Cosworth last year. He’s also in town to raise money and support the San Marino Special Olympics – hence the auction to replace co-driver Alex Gelsomino for one stage during the Legend Show on Thursday evening.

Rallylegend gets underway with Legend Show before shakedown for the main event on Friday morning. Friday evening and the competitors are up and running through some of San Marino and Italy’s finest roads ahead of a Sunday lunchtime finish.

And there are no shortage of legends to pack out the Legends Show. Ari Vatanen and Fabrizia Pons are reunited to drive the Red Bull-backed Schmidt Motorsport-run Ford Escort RS Cosworth they used to finish fifth on the 1994 Acropolis Rally.

Two-time world champion and local hero Miki Biasion’s back at Rallylegend again, but this time in something completely different. He drives a Lancia Stratos for the first time this weekend.

New partnerships continue down the entry list as François Delecour is teamed up with an Alpine A110 R-GT, a modern-day version of the Renault Alpine which rocked the early years of the world championship. Even more up-to-date, Adrien Fourmaux makes his debut in a Ford Fiesta WRC.

By the admission of the Rallylegend organizers, just making the start of this four-day autumn festival of rally fever is a significant achievement. They have appealed to all fans attending the event to embrace all coronavirus precautions. 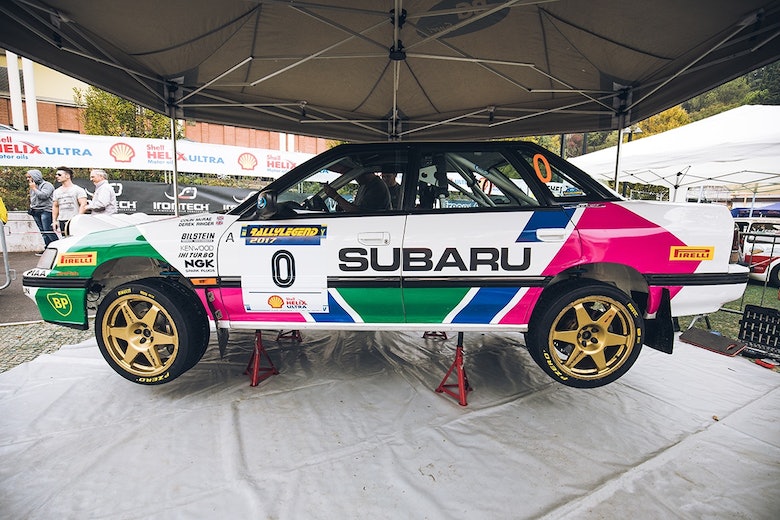 Read about the Colin McRae tribute at Rallylegend 2017

The lowdown on this weekend’s Show-Me Rally