Some thought Hyundai Motorsport team principal Andrea Adamo was joking when he talked about using the opening round of the European Rally Championship as a shakedown for this weekend’s Rally di Alba.

Twenty cars built by the Alzenau factory headed by Adamo take the start of the opening round of this year’s Italy WRC series, which caters for pre-2017 World Rally Championship cars. But two of them will be getting some special attention, as team-mates and rivals Ott Tänak and Thierry Neuville go head-to-head for the first time since Rally México in March.

Tänak’s been back in the saddle already, winning the Viru Rally on July 4 in an i20 Coupe WRC. But Sunday’s Alba-based event will mark the Belgian’s return.

“It’s good to get a bit of feeling again in the car,” he said. “The information we’re going to take this weekend is going to be helpful as well [for this year] and it will be for next year. We have so many cars here, it’s good to take the maximum feedback and for myself, I’m already focusing on the development.”

For Tänak, it’s a chance to drive the i20 Coupe WRC in anger for the first time on asphalt.

“It will be an interesting weekend and good to see what the car is like,” Tanak told DirtFish. “It’s also nice to be here with the team and to have other cars around us. The competition is good.”

Pierre-Louis Loubet returns to i20 Coupe WRC power after his excellent Rally Stars Roma debut last weekend, while two-time Italy WRC champion Luca Pedersoli drives another Hyundai, his BRC car sporting one of best liveries of the 2017 generation of cars.

Hyundai’s not having it all its own way though, with a pair of M-Sport Ford World Rally Team Fiesta WRCs out for Pedro and Manuel Villa.

Hyundai factory drivers Dani Sordo and Craig Breen headline the main event and their BRC cars will be running DirtFish decals. Both the Spaniard and the Irishman will be keen to show the other the way home. Breen will run with Michelins beneath him rather than the MRF tires he used to finish a fine fourth in Rome six days ago.

Other drivers worth watching on Sunday will be Ole Christian Veiby, Jari Huttunen, Callum Devine and, based on his Rally di Roma form, Grégoire Munster. And the list of handy national-level drivers in i20 R5s goes on and on; little wonder Adamo talked of Rome as an Alba warm-up.

The competition gets underway from a ceremonial start in Cherasco this evening before three loops of three stages on Sunday. The first stage is 8:18am and the finish at 6:20pm.

Italy’s hottest week looks set to continue for the first half of the event, but rain is forecast for the Cuneo province which sits between Genoa to the south and Turin to the north. Last year the rain came earlier in the day, washing mud into the roads to make for more challenging conditions, but Sébastien Loeb still won every one of the eight stages to lead from start to finish in a Hyundai i20 Coupe WRC.

On Sunday we’ll see who can emulate the nine-time world champion’s success 12 months on. 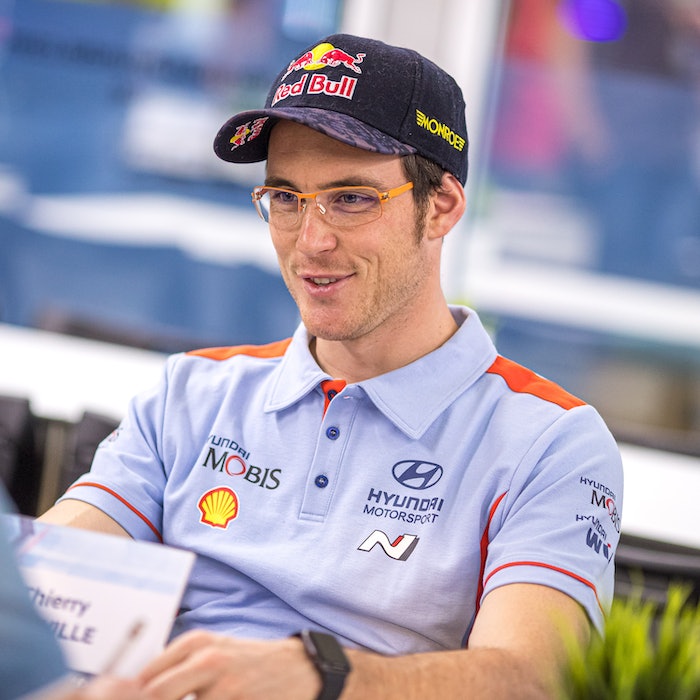 Alba is Neuville's first rally since México in March. He sat down with DirtFish's 'voice of rally' Colin Clark to discuss its importance.