Co-drivers have enjoyed their fair share of the limelight throughout the 2021 World Rally Championship season, with barely a round going by without some sort of change worth talking about.

Nicolas Gilsoul got the ball rolling when on the eve of the Monte Carlo Rally he split with long-time driver Thierry Neuville, who as a result asked Martijn Wydaeghe to step up at late notice. Seb Marshall then got the call-up alongside World Rally Car debutant Oliver Solberg for Arctic Rally Finland when Aaron Johnston was sidelined with a false positive COVID-19 result.

Elliott Edmondson was replaced by Chris Patterson on a permanent basis in Gus Greensmith’s Ford Fiesta WRC from Rally Croatia onwards, and Borja Rozada made his debut alongside Dani Sordo in their Hyundai i20 Coupe WRC on the next round in Portugal – as did Florian Haut-Labourdette with Pierre-Louis Loubet.

Patterson was then out for one round for personal reasons, meaning Stuart Loudon stepped in alongside Greensmith for Rally Italy, and following a disappointing Italy and Safari Rally Kenya Sordo has decided to part ways with Rozada and introduce Cándido Carrera instead.

Now it is Keaton Williams’ turn to be playing musical chairs, stepping in for the injured Dan Barritt to partner Takamoto Katsuta on Ypres Rally. Barritt is recovering at home after hurting himself on one of several jumps during last month’s Rally Estonia.

Williams – who usually co-drives for Hyundai junior driver Josh McErlean in an i20 R5 – will be the sixth co-driver to make their top-flight world championship debut in 2021 when he and Katsuta launch off the line next Friday.

It’s an opportunity he’s been preparing for his entire life.

“To be at the highest level of the sport you’re in has always been the [goal from the] get go,” Williams tells DirtFish. “If you aren’t ambitious then you’re almost flogging a dead horse, you’ve got to always look up and keep pushing on.

“Even when I was younger, all my mates would play football [soccer] and cricket and rugby but for me it was always rallying. Being from where I’m from there’s a lot of rallying people in the Ludlow area and it was always rallying,” he adds, referring in part to the UK national Woodpecker Stages Rally that runs in the UK’s West Midlands.

“I remember being sat in the garden when I was younger pushing rally cars around a mud track, and it would be p******* down with rain. I sat there all day and would have a little go-kart – everything, my whole life, has revolved around motorsport and rallying.

“It’s good to look back on that but there’s still a lot of work to do, I’m still there to do a job so I can’t enjoy it too much just yet because there’s a lot to come.”

There is indeed a lot to come as Williams prepares to make his first ever start in a World Rally Car of any kind, and just his fifth at WRC level. However he’s not as green to the scene as it may appear at a distance.

“I’ve probably done a few more tests than people realize,” says Williams. “I did half the Croatia test [with Katsuta], I did the Portugal test, I did the Estonia test, I did the Sardinia test and of course the Ypres test, so in the background it’s been quite busy.

“But these world cars are just phenomenal. You can be sat in them quite regularly but even then it just blows your mind what they are capable of. And it’s another note system, obviously going from Josh’s to Taka’s it’s a lot to learn.”

Learning is however the ultimate objective for Williams. Spend any amount of time talking to him and the words ‘progression’, ‘experience’ and ‘development’ will frequently crop up.

He’s all about the bigger picture: preparing himself for the ultimate goal of becoming a full-time co-driver in the World Rally Championship. Ypres is just one step in that journey, albeit a mightily important one.

“I’m always at 100%, I have to do everything over and over again, especially for this rally because it’s such a big step for me now,” Williams says. “I just want to make sure everything’s to the maximum it can be, so my prep started last week in depth.

“It’s such a big job and I just need to make sure everything’s 100% so if I can do a bit here and there and keep doing as much as I can then it’ll make sure I’m mentally ready and focused on the job.

“I understand I’m young and I do lack experience compared to the likes of Barritt and Seb Marshall and even Craig Parry, I know he’s been stopped but you know what I mean. There’s a lot more experienced co-drivers out there but the only way you’re going to get there is by doing the events,” he adds.

“If I can do as much as I can from an early age, like sitting in the world car, it’s all about the bigger picture. Ten years down the line hopefully I’ll have a seat and I’ll have been there a few years.” 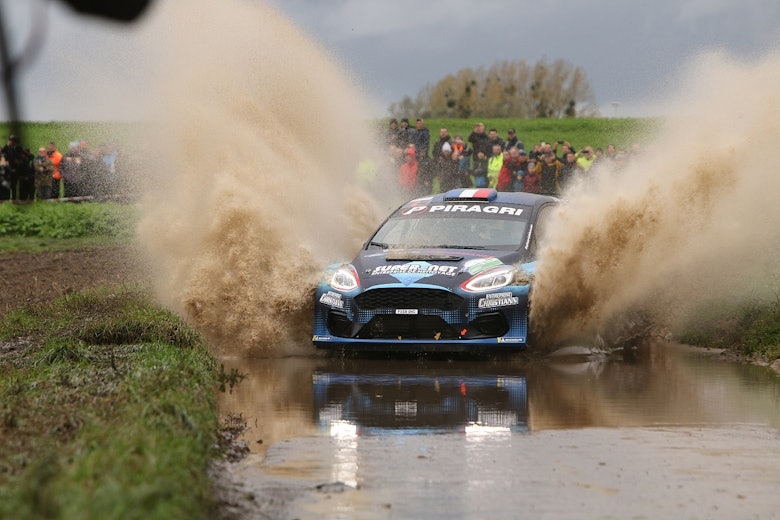 Why Ypres in WRC will be unrecognizable from its past

The long-term goal then is clear, but the short-term focus is very much on the unique demands of Ypres and how best Williams can guide Katsuta through it.

Despite being thrust in at the deep end, Williams found out he’d be needed to deputize for Barritt on the same week he was competing on the European Rally Championship’s Rally di Roma with McErlean; a week before the rest of the world found out via the publication of the Ypres entry list.

But the numbers are daunting. No other pairing in the P1 category has less combined WRC experience than Katsuta and Williams. Between them, they’ve only started 39 WRC rallies before Ypres.

One potential advantage Williams holds is he’s one of few competitors to have actually done the Ypres Rally before – competing on the last iteration of the rally than ran in 2019 in a Peugeot 208 R2.

“It does help to have done the event beforehand,” admits Williams, “but it’s very much the same but different. [There’s] a lot more people involved and of course there’s a lot more responsibility because being at the top flight in WRC it’s a huge job and it’s a huge challenge.

“I don’t question that, but for me I’ve always been in the deep end so it’ll just be another challenge to look forward to and everyone at Toyota to be fair has been massively supportive, even Dan [Barritt].

“I’ve been speaking to Dan quite a lot and [he’s been telling me] anything he can give me which he thinks can help me do the job, he’s been brilliant in that sense. The whole team’s just been so welcoming, talking to Kaj [Lindström] and Jarmo [Lehtinen], even on the test days there’s a good team morale and they’re all buzzing.” 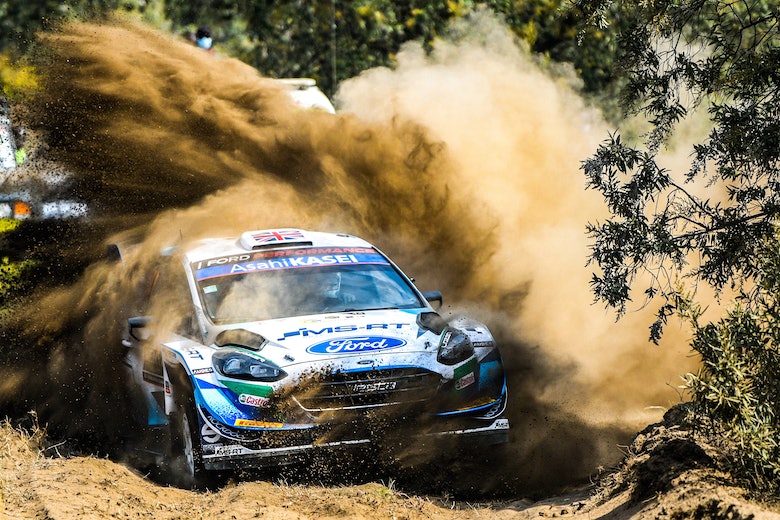 How to stand in as a WRC co-driver

That support has been reciprocated from the McErlean camp too.

“Everyone understands the golden ticket opportunity of what it is,” says Williams. “They’ve been great, and even with the tests and stuff they’ve let me just crack on as such. Hats off to them, they’ve been brilliant I couldn’t have asked for anything more really.”

James Fulton has filled Williams’ vacated seat in the Motorsport Ireland Rally Academy Hyundai, which will be vying for WRC3 honors in Belgium. Williams’ eyes are now on a bigger prize.

While he admits “it’s hard to say” what a realistic aim for himself and Katsuta is for the event, Williams finds himself in one of the best seats in the house given his driver’s stellar season so far.

“There’s a lot of new factors, obviously me and a new rally,” Williams cautions.

“Obviously you want to keep the momentum going from the year so far so if we can show some respectable times in that sense [that would be good], but as the WRC proves it can be carnage on the first day and you could end up being third on the road, you never know.

“As long as we see progression and everything’s working right there’s no reason why we can’t battle towards the sharp end, but there’s a lot of work to do before that.”