September 15 is a dark day in rallying history as it’s the day Colin McRae lost his life. Fourteen years on, DirtFish remembers the charismatic Scot with his greatest ever performance…

It’s probably not an unfair assumption that a pub would play some part in Colin McRae’s Wednesday. But his pre-dawn presence in the Braich Goch in Corris was something of a surprise this morning.

The 70-mile trip from Chester to the day’s first service at the Corris Craft Center left Colin with time on his hands. Spotting Subaru technical director David Lapworth enjoying a coffee, McRae dived into the pub and joined him. Spotting a pool table, he couldn’t resist it. Why not?

“It’s a bit boring,” said McRae. “The rally seems to be going on and on – we seem to be doing a bit of hanging around…”

That’s the new servicing regulations for you – in previous years, service time was carved out of the time allocated for road sections, giving the event something of a non-stop feel. These days, service time is much more controlled and that inevitably leads to more time waiting around. 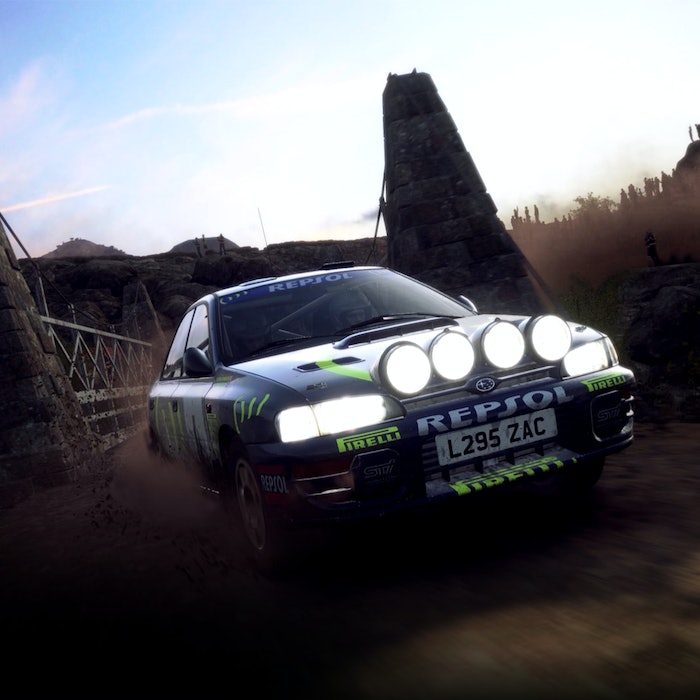 CODEMASTERS AND DIRTFISH PARTNERED TO RETELL THE STORY OF MCRAE'S 1995 WRC CROWN THROUGH DIRT RALLY 2.0 GAMEPLAY

Pool done, Pantperthog awaited and McRae delivered. Fastest by two seconds. He was on his way. With Dyfi and Gartheiniog out of the way, his advantage hit the half-minute mark.

Carlos Sainz did what he could and tried to keep his younger team-mate in sight. Somehow he knew he needed to maintain some sort of pressure.

“I’m still trying,” he said. “A little bit more, even. Taking more risks. Sometimes inside your mind, you don’t know, because many times we have fought with Colin…”

But this one was only going one way. Sainz was on the ropes, but McRae kept the punches raining down. Sainz’s only fastest time came on Penmachno North, when he pulled three seconds back. Otherwise, it was all about Scotland.

Even into the finale, Clocaenog East, McRae and Derek Ringer were still the benchmark. The masterclass complete with an 18th stage win from a possible 28.

After a quick debrief, Daily Mail man Jerry Williams asked if McRae had ever doubted.

“It would have taken a nuclear bomb to stop me winning this rally,” was the reply.

And from Sainz and Luis Moya, there was nothing but respect and congratulations. The Spanish pair had done the same to many an opponent in the past, they knew what McRae and Ringer had gone through to do it to them.

“I couldn’t answer Colin,” said Sainz. “He was too fast.”

In clinching the rally and the title, McRae had delivered a drive verging on the mythical. Legendary for sure.

Calling the final notes of 1995, Ringer couldn’t help himself as the pair powered across the line.

“That’ll do for me,” he said, his voice breaking into laughter for the first time in four days.

Emerging from hug after hug from proud parents, a delirious team and an ecstatic band of fans, McRae found time for his friend, Motoring News journalist David Williams.

Sainz’s response was that of a true gent and genuinely world class sportsman.

Moya did the same by lifting McRae from his feet in a hug that told of a great friendship.

Subaru’s second consecutive 1-2-3 was sealed with a brilliant third place from Richard Burns and Robert Reid.

The McRae family story improved today, however, when Alister moved into fourth place following an impact with a rock in Dyfi for fellow Ford man Bruno Thiry. The works Escort ground to a halt with an electrical problem after the stage. The amiable Belgian finally coaxed it back to life, but was 21 minutes late into service, dropping him to fifth overall in what looked to be a sad end to the RAS-Boreham alliance.

Alister and Chris Wood moved into a career-best fourth, making it three Brits in the top four.

Or four in the top six as Gwyndaf Evans’ crushing display in Formula Two continued. Evans embarrassed no end of four-wheel-drive cars on his run to a brilliant sixth overall. And his sportsmanship as well as his ability behind the wheel was on display as he and co-driver Howard Davies pushed Andrea Navarra’s Toyota into service ahead of the final two Clocaenog stages.

The Italian’s Celica had run sick after Penmachno North at lunchtime. Well aware that restoring the Grifone-run car to some semblance of health would cost him sixth, Evans pushed on. Unfortunately for Navarra, the car was beyond help. Sixth belonged to the gallant Gwyndaf.

The Italian’s misery came in stark contrast to the scenes of dreams coming true at the final service in St. Asaph. After a quick wash, McRae’s victorious Impreza 555 led the field back to the racecourse.

The time had come to paint Chester Subaru blue.