M-Sport driver Gus Greensmith says the support from spectators on last weekend’s Acropolis Rally made him feel like “a bit of a superstar”.

The Acropolis Rally was one of the original events in the World Rally Championship when it began in 1973, but had been absent from rallying’s global tour since 2013 before its return at the weekend.

Replacing Rally Chile on the 2021 schedule, the event proved a hit and a deal has has recently been agreed to include the Greek round in the WRC for at least the next two years.

Greensmith, who finished fifth, told DirtFish the Acropolis is “already one of my favorite events” on the calendar.

“I thought the fans were brilliant, some sections of the stages looked like 1986 which I know that’s not what the FIA really like but I must admit I felt like a bit of a superstar for a good few corners so I enjoyed it,” he said.

The 1986 reference points to the height of the Group B era, where spectators flocked to the stages but often stood in dangerous places.

While the overwhelming majority of fans were standing in safe locations last week, there were a couple of stage delays and even a cancelation for the Rally2 field – on SS10 Eleftherohori – on safety grounds.

“The stages are really nice as well,” Greensmith added, “I preferred the Friday, Saturday stages, not a massive fan of the Sunday stages, but yeah really enjoyed it.”

Hyundai’s Dani Sordo called the Acropolis “one of the best in the championship” while team-mate Thierry Neuville was another to enjoy the rally despite his own disappointing result, after he lost several minutes with power-steering failure.

“My impressions are really positive; the rally was really nice, the amount of spectators we have seen was just so enjoyable for us drivers as well to see the encouragement around the track,” he said.

“It was a tough event, a challenging event, an endurance event because the nights were short, the days were really long, lots of road sections.

“But like I say, I like to have different kinds of characteristics of rallies in the championship. This was definitely a tough one.” 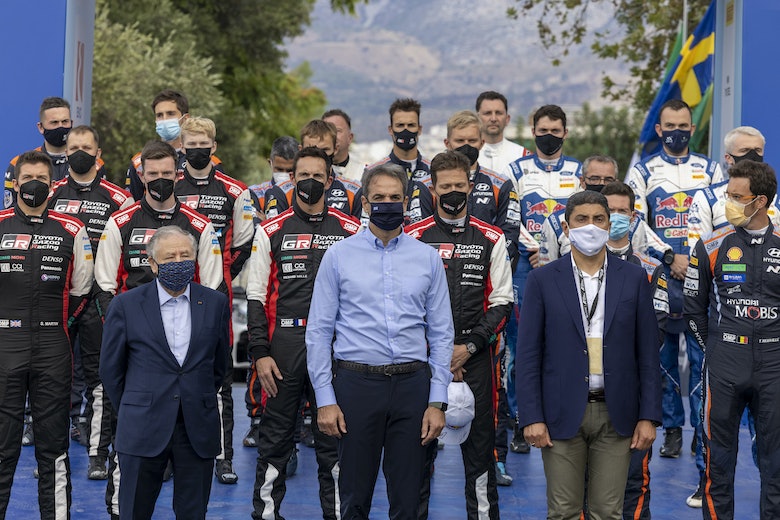 The itinerary of the Acropolis broke the mold from the traditional WRC format with fewer repeat passes of stages, while the pre-event recce was complicated by unseasonal weather.

Sébastien Ogier “really enjoyed being back” in Greece even if the rally didn’t produce “the heat we were hoping for”.

“But on the other hand it makes a big challenge,” he added. “It was so nice to see the support from the fans here, so thanks a lot to all my Greek fans, it was a big pleasure to feel the support. I always feel very welcome here.”

Hyundai team principal Andrea Adamo however reckoned there was room for improvement, although he did not elaborate on which areas in particular he felt the rally was lacking.

“To come back in Greece it’s great because it’s part of the rally DNA,” he said. “[It] has been there for so many years, the first year it’s already there, there is nice history behind.

“I’m worried that this year the organization was not at the level it should be.

“I’m sure that they have lots of passion and I’m sure they are working hard to improve and they have to because the passion here is huge and [it] would be a pity to waste it.”