Kalle Rovanperä and Jonne Halttunen won last week’s Acropolis Rally, but they weren’t the biggest winners. The absolute top step of the podium was taken by Kyriakos Mitsotakis and Lefteris Avgenakis.

It’s thanks pretty much entirely to Mitsotakis and Avgenakis that the World Rally Championship was back in Greece in the first place. That story, the one about one of the world’s most iconic rounds of the WRC finding its way back to the calendar, began in 2019.

The date chapter one was written is easy to identify. It was July 8. That was the day Mitsotakis’s New Democracy party won the general election.

Chapter two came in the fall.

Pavlos Athanasoulas picks that one up. Much as every rally these days needs government support, it also needs somebody like Athanasoulas. He’s the guy at the very heart of the organization, the guy who has never given up on bringing rallying and the championship he loves back to his homeland. Athanasoulas was both the instigator and the instrument of change.

“It was September, 2019,” a tired-sounding Athanasoulas told DirtFish late on Sunday night. “I was called to a meeting. Our minister of culture and sports [Avgenakis] wanted to know what was going on. He wanted to know why we had been left outside of all these motorsport championships. What happened to Greece’s round of the World Rally Championship?

‘That’ meant ending the Acropolis Rally’s absence from the WRC.

Athanasoulas immediately started looking at ways to bring Greece back to the forefront of the minds of the collected WRC stakeholders. He worked on an imaginative plan to bring the teams together for testing in Greece ahead of Rally Turkey – an event similar in its rough-road nature. Unfortunately, that didn’t fly, but World Rally Cars did return to Greece for testing last season.

And Avgenakis couldn’t have been clearer when he joined Hyundai Motorsport’s test in Greece last September. Stepping out of a Sébastien Loeb-driven i20 Coupe WRC, he said: “My presence at the test is because I want to send the message that the first attempts to restore our national motor race [WRC round] have begun.

“I want to make it clear that we are making an effort to heal and make up for the past [years without the Acropolis being involved in the WRC]. Greece is a country which is absolutely motorsport-friendly and the state believes in Greek motorsport and embraces it.” 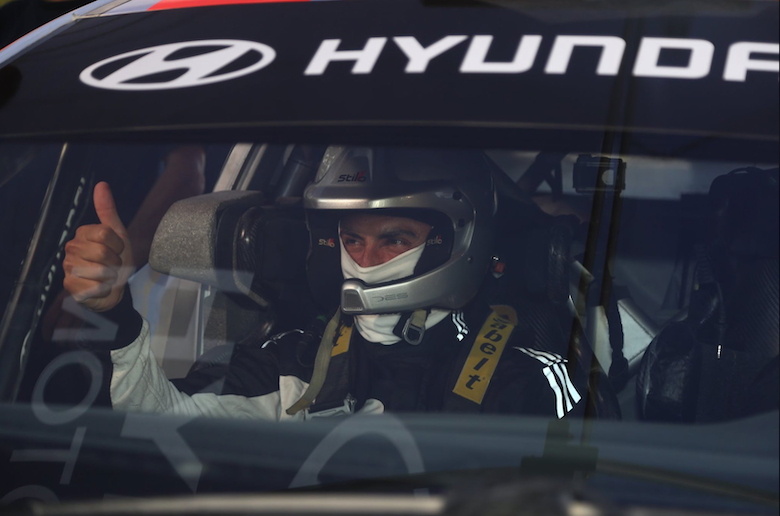 The Acropolis Rally was listed as a reserve round for this year and was subsequently brought off the bench in March, when Rally Chile was lost to the pandemic.

“We had four months to organize a rally,” said Athanasoulas, “and we were able to do it because we had the complete support of the government and a fantastic team.”

And that complete support of the government was never more evident than when the idea of closing down the centre of Athens in the middle of a working Thursday came up.

To implement a spectacular city center test, the capital’s streets had to be locked down for 12 hours from 11am.

“It was gridlock,” said Athanasoulas, “but it worked. It showed what we can do. We had 1000 policemen working with us that day – we couldn’t have done that without the government’s help.”

In the days prior to the event, much was made of the weather: the clouds gathered and heavy rain fell, sending recce cars into ditches. The organizer was concerned, but its representatives’ minds were elsewhere.

Their minds were on Zorba the Greek. More pertinently, on the very sad loss of Mikis Theodorakis, the composer of the music from the film. Theodorakis died, aged 96, on Thursday September 2. Prime minister Mitsotakis declared three days of national mourning and began preparations for his funeral in the chapel of Metropolitan Cathedral of Athens, on Thursday September 9.

“The funeral was scheduled for 3pm on the Thursday,” said Athanasoulas. “It would have been impossible for us to run the Athens stage.”

Rallying is a sport that takes you out of the stadium and takes you all around our beautiful country. The WRC is the best way to showcase your country Pavlos Athanasoulas

“Mikis was one of the greatest Greeks we ever had,” he said. “And we all wanted to pay our respects to this incredible man. In the end, the funeral was brought forwards by one day – again, the government worked incredibly hard and sympathetically to make this happen. It was a very big effort, but at the same time we all wanted to respect the memory of this amazing person.”

With that crisis averted, the team in rally control in Lamia watched as thousands of fans began pouring into the Friday stages. After eight years, there was a serious appetite for the World Rally Championship in this part of the world.

Unfortunately, there were a few who started spoiling it for the masses.

“I don’t know what we can call these people,” said Athanasoulas. “It was a minority, but they were walking into the stage and standing in places where they were putting at risk not only their own lives, but the lives of the crews as well.

“We had minister Avgenakis with us for all four days in Lamia and he went straight to the media, to social media and helped us send out the message to isolate these people. It worked. We didn’t have problems on Saturday and Sunday.

“To have this number of people on the stages was something special. It’s been a long time since [the WRC was last in Greece in] 2013 and, from what people told me, they have not seen these numbers since the days of Group B.

“I have to say a very big thank you to Anita [Passalis], who is one of the best – if not the best – clerk of the course in the world. To Anita and to all the marshals who worked with us, congratulations.

“As well as that, we had Stratissino [Stratis Hatzipanayiotou] driving our zero car. He is one of our best rally drivers and he knew exactly what to do and what was needed from us and from the FIA. Like Anita, he helped so much with dealing with the big numbers of spectators.” 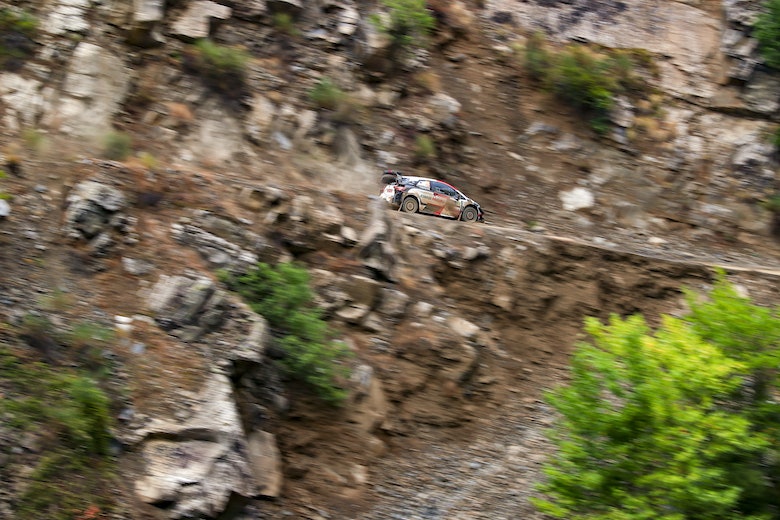 What we learned from 2021 Acropolis Rally

And ultimately, bringing fans to Greece and showing them what Greece has to offer is what last week was all about.

“This is why the government wants the WRC here,” said Athanasoulas. “Rallying is a sport that takes you out of the stadium and takes you all around our beautiful country. The WRC is the best way to showcase your country.”

And clearly Mitsotakis and Avgenakis have already seen value from their investment. In a meeting with WRC Promoter just hours after Rovanperä celebrated victory, a deal was done to keep the WRC in Greece for the next two years.

“We already had agreed for next season,” said Athanasoulas, “but now we agreed for 2023 as well. This is a strong message. You know, the hurt was tremendous when we lost the WRC in 2013. Rallying in Greece felt this impact, but now we are back.”

Athanasoulas has a near pathological desire to deflect praise from him and in the direction of his team. Try to persuade him this was his vision and he’s still having none of it.

“It was Simon and me,” he said. Simon is Simon Larkin, WRC Promoter’s event director. “We go way back – but don’t think he gave us any favors. He didn’t.

“He helped to present to the government and the support from both him and Jona [Siebel, WRC Promoter managing director] has been incredible. We’ve had some very constructive meetings about the future. Now, we’re all looking forwards.”

Just before we look too far forwards, we really should take a moment to register what Rovanperä achieved in Lamia. You’ll find plenty of deeper analysis into his second ever WRC win elsewhere on DirtFish, but the 20-year-old’s drive was quite exceptional on a style of event where he has very limited experience.

Once again, the Toyota star demonstrated massive maturity, but beyond that he demonstrated a strategic approach that was planned and executed brilliantly. He knew the first loop was where he could steal a march; he knew the weather-compromised parts of the recce opened a window of opportunity.

But what about that first run through Tarzan on Sunday morning? Yes, everybody else was conserving tires and taking it steady, but still. Two seconds per mile faster than Sébastien Ogier… As the seven-time champ said: “That’s a proper time.”

And all that chatter about this being a smooth Acropolis? OK, possibly there were some stretches not littered with soccer ball-sized rocks (and that’s a size-five ball…), but there’s no denying this was a challenging event well worthy of the name.

After eight discontented years in the world championship wilderness, the Acropolis Rally is very definitely back.