Breen was signed from Hyundai towards the end of last year to spearhead M-Sport’s World Rally Championship title attack in 2022, but Sébastien Loeb’s presence in the team on the season-opening Monte Carlo Rally meant the latter was, by far, the most seasoned driver in the team.

But in Sweden it’s Breen who overwhelmingly has the most past experience with seven starts in Sweden – almost double what Greensmith and Fourmaux have combined.

However, speaking exclusively to DirtFish, Breen admitted he hasn’t really given his status within the team “much thought” and even if others do see him as the team leader, that doesn’t create any additional pressure for him.

“And we managed that fine, we were able to settle into it fine so I’ve kind of taken confidence from that. And the team leader thing, I haven’t really given it masses of consideration, I just know that we have to try and do the best job we can.

“Obviously the drivers’ championship position is quite strong already after the first event and I just want to try and concentrate on that to be honest.

“If we do that the manufacturers’ championship will take care of itself, and ultimately Gus and Adrien they’re two intelligent drivers who are going to be in strong road positions, Adrien more so, on the first day so it’s going to be interesting to see how the weekend goes for the whole team, and I’ll try and not give it too much consideration.

“Of course, I’ll try to help and try to be of assistance in any way I can considering I’ve done the event quite a few more times in comparison to them, so let’s see.”

Breen has never won a round of the WRC but finished highest of the full-time drivers (third) on last month’s Monte Carlo Rally. 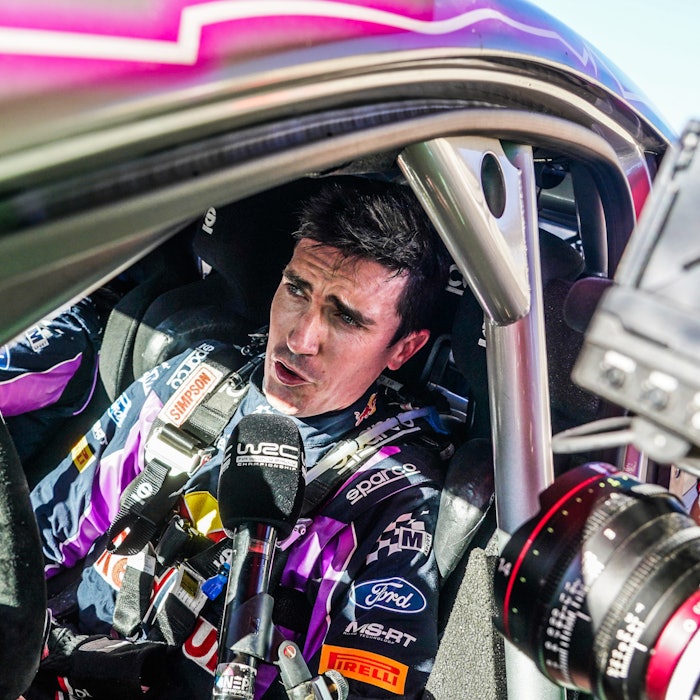 It's not a coincidence Loeb and Ogier have won 16 Monte Carlos between them and how many Swedens have they won between them? It's very much in single digits Craig Breen on the particularities of road order in Sweden

Kalle Rovanperä leads him in the championship due to winning the powerstage and Breen scooping no bonus points, but that was intentional on Breen’s part as it means Rovanperä will have to start first on the road on Friday.

However, starting second could still prohibit Breen’s ability to fight for the win, so instead he’s concentrating on just ensuring he remains near the top of the championship table before the third round in Croatia where running near the front should be an advantage.

“I think starting with the road position it’s going to be very difficult unless something extreme happens,” Breen admitted.

“It’s not a coincidence Loeb and Ogier have won 16 Monte Carlos between them and how many Swedens have they won between them? It’s very much in single digits so there’s a reason behind that, it’s because they’ve been always suffering from bad road positions in Rally Sweden and it’s always been a struggle, more so than any other event in the championship it’s been the one you struggle the most on running close to the front.

“Let’s see. I just want to try and salvage the most amount of points out of the weekend as we can and try to keep us in a good position in the drivers’ standings heading to Croatia where things will be a bit more level again.

“That’s the most important thing for me.”

The ARA prodigy with rally roots and big plans