Ott Tänak dominated last year’s Rally Estonia. We all know that, right? The local boy made all the headlines as you’d expect the first time the World Rally Championship came to Tänak town.

Regardless, whoever was runner-up was obviously minutes behind the winning i20 Coupe WRC.

In all the hullabaloo about Tänak’s maiden win for Hyundai and a Tartu success that further elevated his already God-like status at home, it was easy to forget Craig Breen’s second place.

And the gap? Ahead of the powerstage, the Irishman was just 13 seconds down on his team-mate. And that was the first time he’d driven the Hyundai on gravel in 10 months.

That sublime result – one of the finest in Craig’s career – came 10 months ago. It was the last time he drove the i20 Coupe WRC on gravel.

What can we expect from Breen this week? Plainly, team principal Andrea Adamo wants more of the same.

“I think also last year he was back in the car after some time,” Adamo told DirtFish. “It was, again, after he had not run on gravel for long.

“Before September [and Rally Estonia, 2020] last year, he was running the car first time on gravel. The time before was Sweden. I think he can do well.” 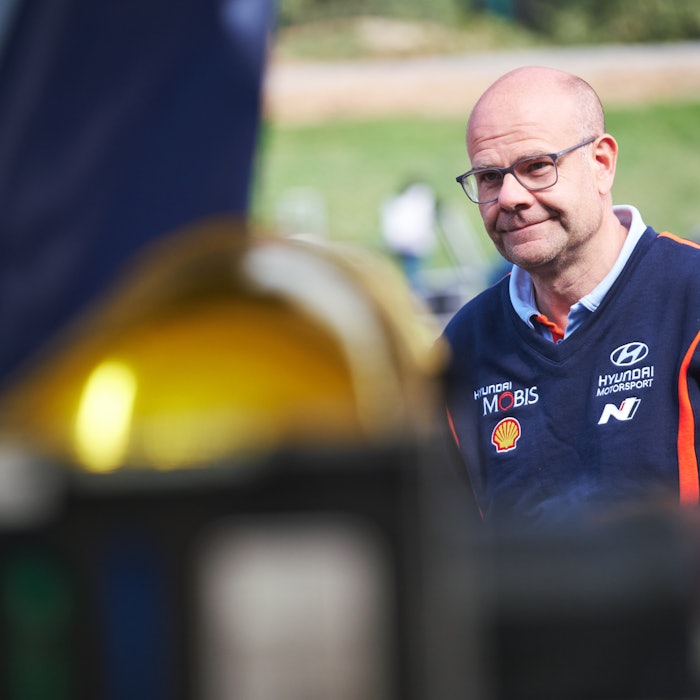 You have seen what he’s done in Latvia. That was an amazing result. It’s the kind of terrain where Craig has always performed well Andrea Adamo

The inference is that the Italian would like a repeat result. If not one better.

Granted, Breen hasn’t been in the World Rally Car on dirt for a long time, but second place at Rally Liepāja a fortnight ago was a fine result. Don’t forget, Breen’s Hyundai i20 R5 was wearing MRFs and not the WRC-specification Pirellis. Before that, he was absolutely on the money in Poland too.

“You have seen what he’s done in Latvia,” added Adamo. “That was an amazing result. It’s the kind of terrain where Craig has always performed well.”

It’s true. Breen’s at home on fast gravel. You don’t get to stand on a Rally Finland podium without being comfortable between the trees at 100mph.

In Poland and Latvia, Breen’s had more recent experience of driving a rally car quickly competitively. Question is, will that offset the advantage his rivals have of being in their World Rally Cars four times more than him in the last few months?

Breen’s keeping his powder dry. There will be no rash predictions. He’ll do what he can. If everything falls into place quickly and he gets the sort of feeling he got from the car in September, then anything is possible.

Breen was absolutely at one with the i20 in Estonia last time out. He was in the top five times on every one of the 17 stages and first or second quickest on five of them.

A repeat of that sort of performance would do Breen and co-driver Paul Nagle no harm at all right now.

What do you think Breen can achieve in Estonia? Let us know in the comments.