Compact Dynamics chief Oliver Blamberger has apologized for the hybrid unit issue that forced Ott Tänak to retire from second place on Rally Sweden, an outcome the Hyundai driver described as “a joke”.

Tänak had won the fifth stage of the rally on Friday to close the lead gap down to 1.1 seconds and move into second place, only to be forced to retire on the road section when an issue with his i20 N Rally1’s hybrid system led to it displaying a red light.

Rally1 cars feature a solid light in the windshield and side windows to indicate whether a car is safe to operate. Tänak had already lost hybrid power beforehand, as the system cut out midway through Kamsjön following a landing impact, and though his car was otherwise in drivable condition after stage five he still had to stop as the red light requires competitors to retire immediately as per FIA regulations introduced for this year.

Understandably Tänak was not happy with the reason for his retirement – especially as he believed it was not due to a mistake by either him or his Hyundai team. 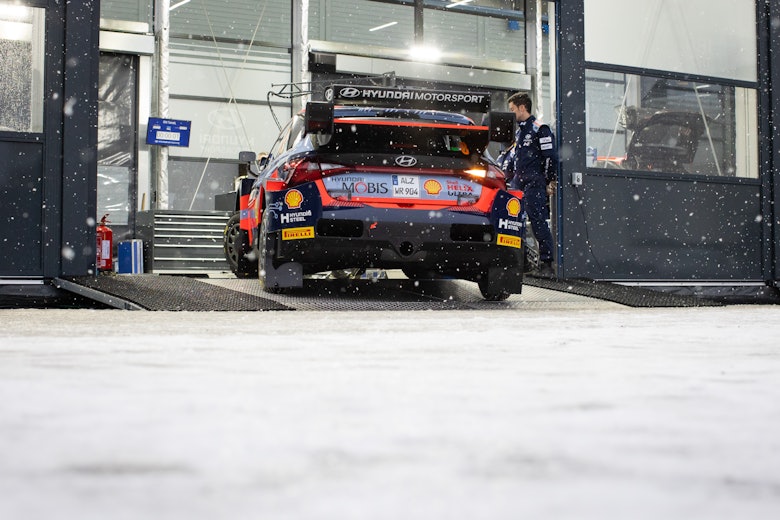 “You know, what happened is definitely a kind of joke,” said Tänak.

“It should make you cry but it actually makes you laugh. In rallying, if you have four wheels and the car is driving, and some third-party company says you need to come out of the competition, it shows that there is no system at the moment in this big operation.

Blamberger was apologetic for the issue but clarified that it was too early to identify what had gone wrong, with post-failure analysis requiring the unit fitted to Tänak’s car to be returned to Compact Dynamics’ headquarters for further inspection.

“We have to wait for what is the result of the evaluation together with the FIA. We are working hard on that,” Blamberger told DirtFish.

“I can only apologize. Of course it’s a sad story that the car stopped and maybe there is some problems for the result of the driver. But unfortunately, this is motorsport. I cannot change it, I can only apologize and hope that he will restart well and will gain time again as much as he can.”

Given the recency of the hybrid issue on Tänak’s car, Blamberger and his on-site team in Sweden were unable to proffer hypothetical reasons for the failure.

“Currently, nobody can really say what is the reason for this problem on this car of Hyundai. The analysis has started together with Hyundai and together with the FIA,” he said.

“There could be, let’s say, several different root causes, starting with the reason being in the car or the overall control unit of the car – or the reason is somewhere in the hybrid system.

“This will take a couple of days, to disassemble the hybrid system in our premises, then we will see what was the root cause. That’s all we can say in the current stage because the data analysis is running.”

Temperatures in Sweden are highly likely to be the lowest experienced in the World Rally Championship this season and Blamberger had previously highlighted the challenge of making its battery tech work well in such extremes.

But he was keen to dissuade any idea that climatic conditions contributed to the failure on Tänak’s car, indicating temperatures were unlikely to be to blame.

Tänak’s retirement was the first instance of a retirement induced by a hybrid systems failure since they were introduced one rally ago, and the Hyundai driver had intimated it was likely caused by encountering a bump in the road.

But Blamberger stressed that the Compact Dynamics kit had survived much higher-energy impacts during both testing and the Monte Carlo Rally.

“If you look back to the Monte Carlo Rally, regarding the robustness of the hybrid system, you will remember there was an incident with the M-Sport car [of Adrien Fourmaux] which was running down the hill and the system was quite active and we had a green light, in that instance.

“We had also during the testing phase, back in either December or November, [Thierry] Neuville’s accident in France. And there were other problems, accidents, falling down 20 or 30 meters, and we had a green light while the hybrid system was fully active.

“If there is a failure caused by Compact Dynamics, I’m strong enough to say, ‘OK, it’s our fault and we have to work on that’. But currently nobody knows.

“This is motorsport. Comapct Dynamics is working in different motorsports. In the past we have engaged in Formula 1, in World Endurance Championship, in Formula E, and always you will never have a motorsport category or series without a problem. Because you are putting all these different systems on the perfect edge. 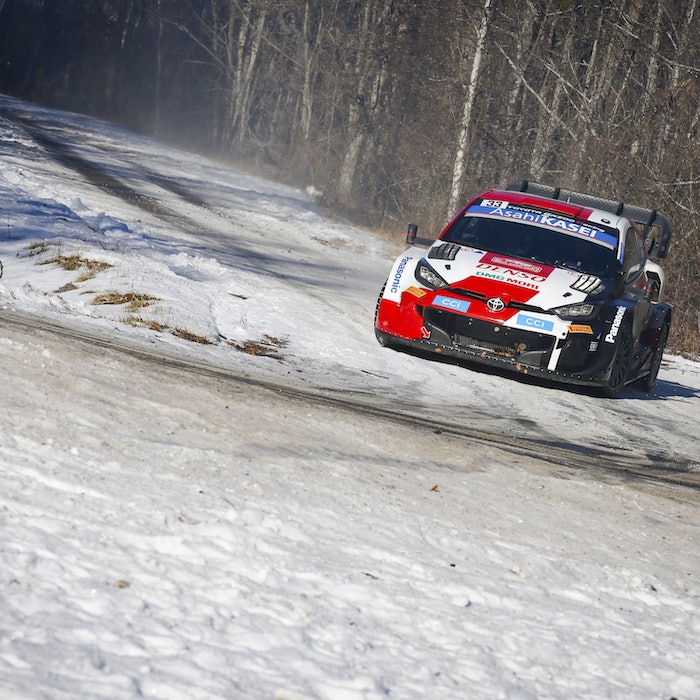 The cold temperatures of Rally Sweden is the hybrid's latest test

“And perfect edge means that you are doing all you can to have lightweight and maximum power there can be and so on. This could mean problems and you have to force it. But it’s normal business for motorsport people.”

Tänak restarted Rally Sweden on Saturday but his only realistic chance of scoring points hinges on the powerstage.