How could Rally Japan possibly be any more difficult?  The tight, twisty, relentless Japanese stages are like nothing World Rally Championship drivers have ever seen before.

With rain, that’s how. And all week, the drivers have been fearing it.

“On this kind of road if it rains, it will be… I don’t know, anything can happen!” warned Takamoto Katsuta on Wednesday.

Sunday had always been the day the forecast looked to be turning, and lo and behold, it looks to be accurate.

There’s light cloud cover above the service park in Aichi are so far, but the rain is known to be moving in. The question is: when?

“The day should start dry,” Toyota team principal Jari-Matti Latvala told DirtFish, “but at some point it will get very wet. When it’s going to hit, that’s a question mark that is changing all the time.”

DirtFish’s weather app suggests that the rain could be coming at around 12pm local time, which would make most of the morning dry but the powerstage wet.

WRC teams of course have far more advanced technology than we do, employing people specifically to monitor the weather conditions. 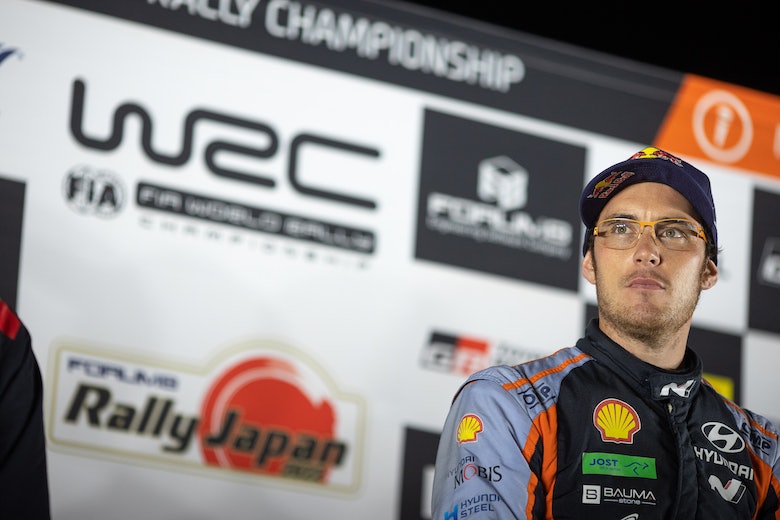 But it’s a decision they absolutely have to get right, as despite Rally Japan’s final day being longer compared to the average WRC Sunday, there is no midday service or even a tire fitting zone.

“This is correct,” added Latvala, “so what it means is that you have to look at the mixed package for the tires.

“But how you do them, that is basically then the preference from the engineers but at the end of the day the drivers will decide what they want to have.”

With just four seconds splitting overnight leader Thierry Neuville and Elfyn Evans ahead of Sunday’s five stages, it’s a decision that could – and likely will – have rally-deciding consequences.

“We have to do whatever we think is right,” said Evans.

“I think it’ll be a gamble either way, whichever way you go, so we have to trust the information and see what’s possible.”

Hyundai had the edge over Toyota in Croatia, the last time the heavens opened on an asphalt round, which allowed Ott Tänak to take better tires than Kalle Rovanperä and wipe out his advantage, even stealing the lead from him.

Rovanperä then mitigated that with some quite superb driving on the powerstage to seal the win, so what could the story in Japan be with their two team-mates at war instead?

It all depends on the rain. Toyota’s information suggests it won’t be coming – all three drivers not carrying any wet tires in their package. Hyundai’s pair, Neuville and Tänak, have gone for two wets.

“How you have woken up and what confidence you have in your body will make the decision if you win the rally or not,” believes Latvala.

The final day of the 2022 season is one you certainly want to be staying up for.