It was Evans’s Toyota team-mate Kalle Rovanperä who led the way following the first shakedown runs on the 2.86-mile Medvedgrad stage, but he was usurped by Evans after the second run.

Rovanperä then matched Evans’s benchmark on his third attempt, but Evans was able to reclaim the top spot a few minutes later with a 2m45.1s.

Thierry Neuville, who has fixed an intercom issue with his new co-driver Martijn Wydaeghe since the previous round, left his last two shakedown runs later than his rivals and posted the second-fastest time with his third effort.

He was 0.7s slower than Evans, who tops shakedown for the first time since he joint-topped Rally Italy’s shakedown test last year.

Rovanpera ended up third fastest, and will now prepare to open the road for the first time on Friday as the points leader.

“It’s nice to be in this position for sure, but the condition on Friday roads, after the recce, are really dirty,” said the 20-year-old after his first shakedown run. “It will not help us so much to be first but it’s a nice feeling.”

Arctic Rally Finland winner Ott Tänak rounded out the top four in his Hyundai i20 Coupe WRC. His first effort put him six seconds adrift of Rovanperä, but he reduced the final gap to the top of the timesheets to 1.5s.

Seven-time champion Sébastien Ogier set his fastest time on the second of his three attempts to place fifth, just ahead of fellow Toyota driver Takamoto Katsuta.

Fourmaux was an impressive seventh fastest on his maiden WRC shakedown outing behind the wheel of a World Rally Car.

He was the highest-placed M-Sport Ford, using the Ford Fiesta WRC’s updated engine, and ended up 4.1s off Evans’s time at the end of shakedown.

“It was just enjoyable, to be honest,” Fourmaux said. “The stage is quite twisty and narrow, not the easiest one for the first time but I’m enjoying it.”

His team-mate Gus Greensmith was the only top-class entry to tackle the stage four times as he gains further experience with his new co-driver Chris Patterson. His final effort left him half a second adrift of debutant Fourmaux in eighth place.

The 2C Competition Hyundai of Pierre-Louis Loubet (pictured above) was just a tenth slower than Greensmith in ninth place while Craig Breen, who finished fourth last time out on Arctic Rally Finland, completed the top 10 in the third works Hyundai as the slowest top-class entrant.

Ahead of his first WRC2 start since the 2018 Monte Carlo Rally, Teemu Suninen was the quickest of the seven entries in the class after his three runs aboard a Ford Fiesta Rally2. 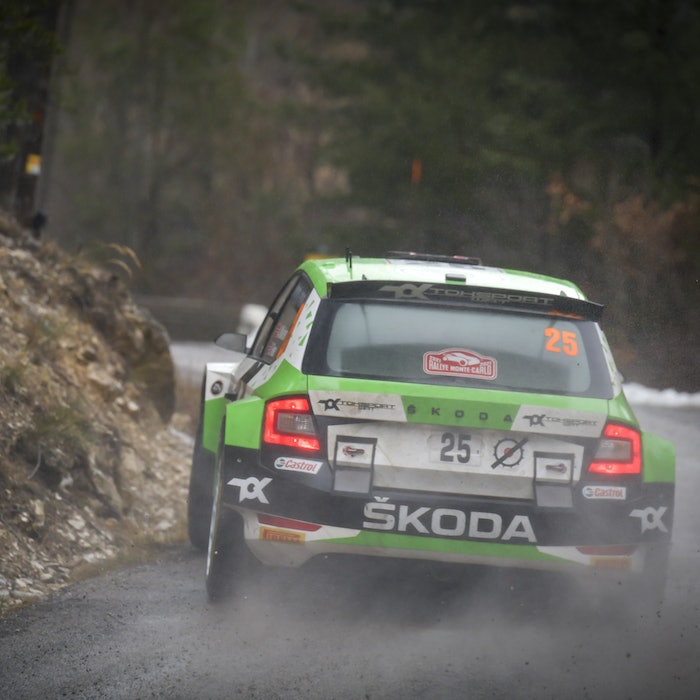 How support classes stack up for Croatia's debut

Take a look at all the entries in WRC2, WRC3 and the JWRC in action this weekend

Raul Badiu was the quickest Junior WRC driver on shakedown ahead of the opening round of the championship’s five-round season.

How Croatia’s support-class talent is shaping up