With a two-month break since the previous World Rally Championship round in the Arctic Circle, Rally Croatia almost feels like the dawning of a new season. And as a new addition to the WRC calendar, the excitement ahead is that bit more palpable.

To add that little bit of extra spice, for the first time in 2021 all three support categories will be in action this weekend as the Junior WRC season begins, complementing the WRC2 and WRC3 categories that will continue to roar on in Croatia.

Here’s a full rundown of the runners and riders in each class and who to watch out for.

After two rounds in Monte Carlo and Finland, Andreas Mikkelsen is an early runaway championship leader but the Norwegian isn’t invincible. Last time out he was soundly beaten by the one-off entry of Esapekka Lappi.

While Lappi won’t be in action this week, don’t for a minute begin to contemplate the idea that Mikkelsen won’t be challenged.

All eyes will be on two men: Mads Østberg and Teemu Suninen.

Østberg is the reigning WRC2 Champion and starts his title defense (after two excellent appearances commentating on the action) in Croatia. And he certainly isn’t willing to give that accolade up; particularly not to Mikkelsen, who is a clear rival for graduation back to the WRC in 2022.

Suninen meanwhile will drive the M-Sport Ford Fiesta Rally2 that Adrien Fourmaux has vacated as the two drivers perform ride swaps throughout the year between WRC and WRC2. Croatia is a big opportunity for Suninen though who can prove a point about his ability and potential against such quality opposition.

Nikolay Gryazin is the man that could upstage them all, and has strong form on asphalt. The Polo R5 pilot is coming into this well prepared too, having won rallies in the Czech Republic and Hungary, though only after a puncture on the final stage for Østberg.

Tom Kristensson is also one to watch as the Junior WRC champion makes his first ever rally start in a Rally2 car.

WRC3 is finely poised at this early phase of the season, with both Yohan Rossel and Teemu Asunmaa tied on 28 points at the top of the championship following a rally victory and maximum powerstage points each on the Monte and Arctic Rally Finland respectively.

While Asunmaa is absent, Rossel is competing in Croatia and will resume his Monte battle with compatriot and fellow C3 Rally2 driver Nicolas Ciamin. But all eyes will likely be on two European Rally Champions.

Kajetan Kajetanowicz – who took the WRC3 title to the final round last year but ultimately lost out to Jari Huttunen – has won three European titles and has knocked on the door of similar WRC success over the last couple of seasons. He begins his 2021 campaign this week and is a certain victory contender.

There’s also a long-awaited return to Rally2 action for Chris Ingram, who has his best opportunity yet on the world stage. Ingram’s last couple of seasons have been a real battle with budget, despite his 2019 ERC title, but this year he should be able to just focus on his driving. It’ll be interesting to see where his pace lies.

Emil Lindholm has moved from the TGS Worldwide team – run by former WRC driver Toni Gardemeister – to WRC2 champion Toksport and will be a dark horse, as will Hiroki Arai’s Ford Fiesta Rally2.

The son of famous Japanese driver Toshi, Arai has shown flashes of his talent in various championships but never regularly in the WRC.

The final year of front-wheel-drive Junior WRC competition (with the Rally4 to be replaced by the four-wheel-drive Rally3 next year) could not be better balanced. What the entry list might lack in quantity it certainly isn’t short of in quality.

Pick your winner from that eight, we dare you. Every single driver has a case to put forward and, with the exception of Junior WRC newbie William Creighton, all have tangible WRC experience too.

Martin Koči looks a safe bet for success – particularly in Croatia – given his wealth of experience in four-wheel-drive Rally2 machines. As Kristensson’s main challengers last year,  Mārtiņš Sesks and Sami Pajari will quite clearly be in the mix in 2021 too.

Jon Armstrong is perhaps the biggest wildcard. His pace is proven at this level but he hasn’t always had all the ingredients to get the job done. This year promises to be different, but Armstrong might need at least part of the first day of Croatia to get back up to speed after over a year out of competition. 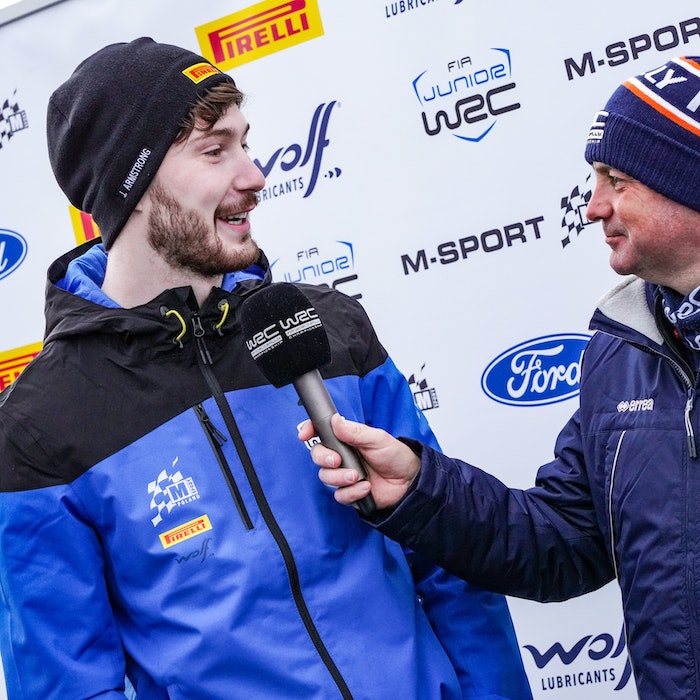 Jon Armstrong has proven himself on the virtual and real stages, but hasn't had a chance quite like 2021 provides