The following was written in the fifties, when a pair of Brits set about some serious endurance competition. You could be forgiven for thinking it was a set of Safari Rally notes explaining the best way forward for a section north of Eldoret.

“The things we concentrated on were places where we might break the car, such as very bumpy railway crossings, sudden dips in the road, bad surfaces, tramlines and so on. Then we logged all the difficult corners, grading them as “saucy ones,” “dodgy ones” and “very dangerous ones,” having a hand sign to indicate each type. Then we logged slippery surfaces using another hand sign.”

That was Denis Jenkinson (via his column in another fabulous issue of Motor Sport magazine) on the pacenotes he would read to Sir Stirling Moss when they took a Mercedes-Benz 300 SLR from Brescia to Rome and back in 10h 07m 48s. That was an average of 99 mph for the 992-mile journey. In 1955.

Nothing new about motorsport in Italy.

And the Mille Miglia was by no means the first open-road race, with Sicily’s Targa Florio running from 1906.

Much as we love the prospect of Sir Stirling and ‘Jenks’ sitting at 170mph on the road into Verona, it’s rallying not racing we’re here for.

And from 1961, the foremost rally in Italy was Rallye dei Fiori – Rally of the Flowers – so called because it ran in the spring, harvest time for Sanremo’s flower farmers. Technically, that wasn’t the start of the Sanremo story. Rallye Internazionale di Sanremo began in 1928, but it only lasted two years before it was taken over by the promoter of a street race in Sanremo.

Back for good in ’61, this event based out of the Ligurian town of Sanremo was a formative round of both the FIA International Championship for Manufacturers in 1970 and the FIA World Rally Championship which replaced it three years later. For the next three decades, Sanremo (Rallye Sanremo as it became known) would be the focal point of world championship rallying in Italy.

Actually, that’s not strictly true. For years, Rallye Sanremo had two focal points, one in the Ligurian Alps that rise majestically behind the seafront and the other a couple of hours east on the Autostrada in Tuscany.

The stages around Sanremo were originally dirt, but as the mountain roads around villages like San Romolo were sealed, the organizers were forced to look elsewhere for the gravel element of the event. Hence Toscana. And some of the most evocative images ever created in the World Rally Championship.

Pictures of dusty roads in a dipping sun, framed by lanky, deep green cypress trees with towns like Montalcino and San Gimignano in the background are an artist’s work. And, with an artist called Klein, a postage stamp-sized Lancia 037 – usually tucked innocuously in the bottom corner of the shot – only served to heighten the magic.

For years, the format was the same: asphalt in Sanremo, gravel in Tuscany and back west for another dash down the lanes before the finish. Then all into the Royal Hotel where the door would be opened by a man in white gloves and a waistcoat, ushering you forward onto a carpet deeper and more luxurious than anything you’ll find in your favourite Marriot or Hilton.

By 1997, pressure had been brought to bear on the event – with the teams fed up with dashing across Italy, changing suspension at the side of the highway – and the event said ‘arrivederci’ to Tuscany and settled for good on the Sanremo blacktop.

Six years later and Sanremo disappeared for good from the WRC calendar. We’ll delve deeper into the reasons for this later this week, but the move was made to Sardinia. That move was telegraphed when Peugeot entered Harri Rovanperä in the 2003 Costa Smeralda Rally – an Italian Championship event (and a strong European Championship round between 1978 and 1994) – as practice for the maiden Sardinian Rally d’Italia in 2004.

Based out of Olbia on the island’s east side, the roads used were near identical to those featuring on the nearby Costa Smeralda.

The WRC’s been in Sardinia for the last 15 years, with stages like Tula and Terranova growing in stature and challenge since then. Moving to the other side of the island, an Alghero base brought with it a determination from the organizers to promote the endurance aspect of what – in a hot, sunny Sardinian summer – is recognized as one of the season’s biggest challenges.

The 2014 event included a 37-miler in Monte Lerno while the 2015 event was the longest of the season with close to 250 competitive miles – more than 130 of which came on the toughest WRC Saturday in years.

The financial cost – not to mention pressure from the teams to trim the mileage – has taken its toll on those kind of arduous itineraries. These days Rally Italia-Sardegna’s a much more conformist kind of rally with around 190 miles.

Is it safe? Will it stay in Sardinia? Who knows. Again, we’ll have a closer look at the prospects for the WRC in Italy later in the week.

It’s difficult to imagine Italy without a round of the world championship. Don’t forget, Italy’s a country which has given us landmark moments in the sport: Michèle Mouton becoming the first lady to win a WRC round in 1981 and the sort of astonishing political manoeuvring we saw with Peugeot excluded, Lancia winning then Lancia losing and Peugeot winning in 1986.

Italy’s history in the WRC is rich, colorful and enormously entertaining. 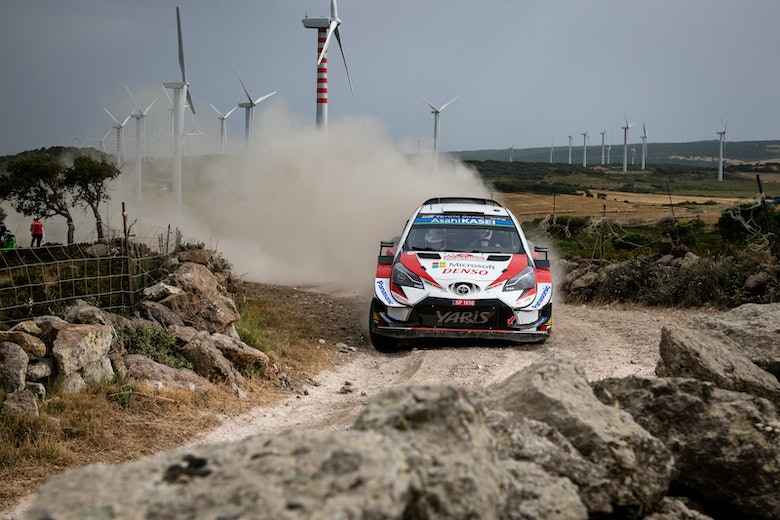 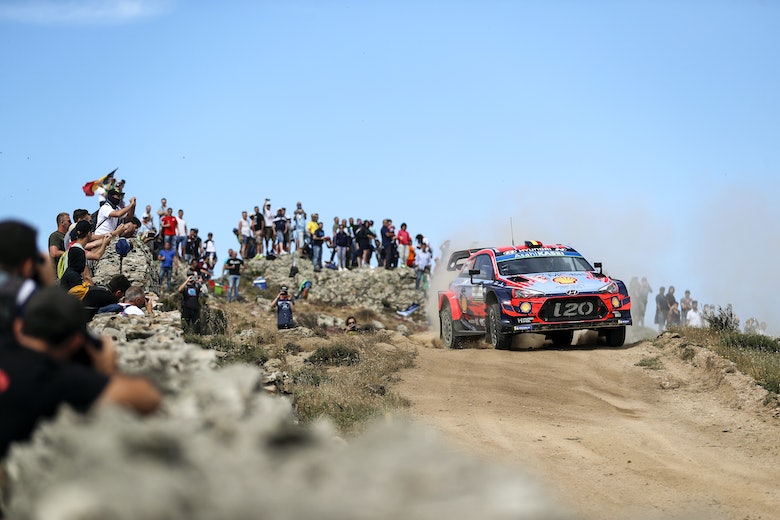