We’ve all seen that Rally Estonia crash plenty of times; Sean Johnston and Alex Kihurani certainly won’t be forgetting it. But that’s the past, the future is Acropolis, and the American pair are ready to jump back onto the saddle in the World Rally Championship.

Their high-speed roll – on the same corner that nearly caught out eventual winner Kalle Rovanperä – was the latest in a difficult patch of form for Johnston and Kihurani. On their last WRC appearance before Estonia, they had agonizingly slid just wide off the road and were forced to call their Rally Italy weekend there.

But Johnston isn’t about dwelling on what might have been, he’s all about re-energizing himself and kicking on in the future.

That started with his accident recovery. While Johnston’s girlfriend “was joking that she was dating a zombie” due to it taking around three weeks for the ruptured blood vessels in his eyes to heal, he is now feeling ready to go again after overcoming a couple weeks of periodic, slight dizzy spells that he experienced as a result of the centrifuge-like nature of the crash.

“Fortunately everything has healed quite quickly and well, the only exception being my right wrist,” Johnston said, “the wrist that flew up and hit the roll cage on the first super-fast roll.

“So that’s the only thing I’m still doing some rehab on, some physical therapy, trying to get that back to 100% but I’m feeling like it’s good enough to hop back in the car and I can’t wait to get back out there.”

Kihurani is similarly on the mend. He reckons it took him about “eight or nine days” to fully recover from the trauma – which was just as well given what he’s been up to since mid July.

Taking a trip back home to Pennsylvania in the US, Kihurani competed on his local Duryea Hillclimb for the first time since 2012 alongside his father in a homebuilt Mitsubishi.

“The event allows two drivers so he drives in one heat, and I drive in the other heat, so we can compete against each other,” Kihurani explained.

“I actually did quite well nine years ago, and now the car has 600hp – an extra 100bhp since last time – and a sequential gearbox, so it’s quite a beast!

“But unfortunately the turbo pipe that connects to the intercooler had gotten really damaged when it was unloaded from the trailer, so my dad rigged some piping up himself but it couldn’t quite handle the 30psi of boost. 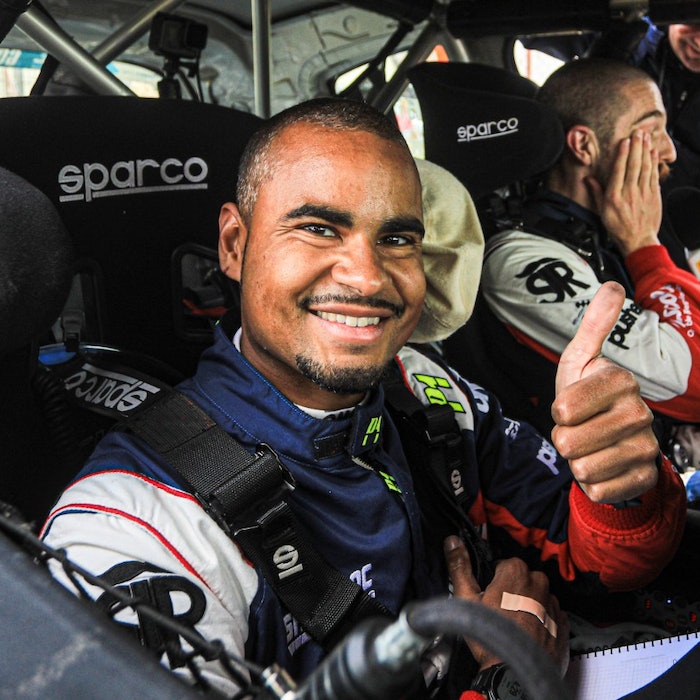 “So every time we tried to fix the turbo pipe, it just kept blowing off within a few turns! Still, it was good to be back home. It’s the hillclimb in my home town and my first exposure to motor sports when I was three or four years old.

“A bunch of my friends from home as well as a lot of people who helped me out from the rally community from my teenage years were there too, so they all came down and were happy to see me.

“Regardless, the primary purpose of the trip was to bring my mom over to London as her 70th birthday present. She was understandably nervous to make the journey on her own, so I’m glad we could travel back together and make the trip much less intimidating.”

Now though, full focus is on this week’s Acropolis Rally Greece where Johnston and Kihurani are looking to make amends.

“It’s a totally legendary event and one of the events on my bucket list so I’m glad it was readded to the World Rally Championship and we get to do it together,” Kihurani said.

“I’m quite excited about it, it’s obviously a bit of an endurance test so it’s probably in line with our objectives for the weekend which is just to finish. So I think if we can have a clean, consistent rally we’ll be doing alright and that’s kind of how you want to approach an event like this when it’s rough, rocky and spread out with very limited service.

“It’s going to be an immense challenge.”

“There’s literally one objective at Acropolis and that’s just to get to the end of the rally!” Johnston added.

“We’re really, really looking forward to it, it’s nice to have an event where there will be fewer of our competitors that have previous experience of it. I think looking at the stages we did do in Estonia, the stage we were most competitive on was actually the stage that was new for everybody, the third stage of the loop that was mostly run in reverse from the previous year. 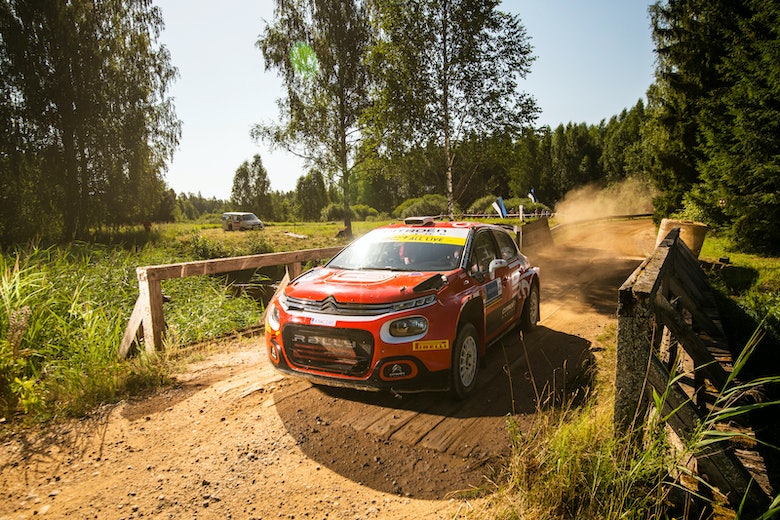 “The objective is not to go out and set the world on fire,” Johnston reiterated. “The objective is to get the experience, have fun, and simply enjoy the rallying because the sport has kind of kicked our asses the last couple of months.”

There will however be a bit more fun than normal off the stages too, with Leonid Urlichich – or as you’ll know him, ‘Crazy Leo’ – joining Johnston and Kihurani in the Saintéloc fold for this weekend.

“Crazy Leo is just a fantastic guy, he’s got so much spirit and heart. He loves rallying just about more than any other human being on the planet I can think of, and his enthusiasm is just infectious,” said Johnston.

Want to know about the conditions in SS6? @CrazyLeoNet has been through it and gives us this update pic.twitter.com/JtCMeVdQX0

“He’s our gravel crew driver so we already have a solid friendship and working relationship, and Alex obviously co-drove with him for a number of years too, so we’re both looking forward to having a good friend in the team.”

And despite not wishing to “set the world on fire” with his pace in Greece, Johnston does have at least one driver he’s keen to measure himself up against.

Fourmaux’s focus for Acropolis and beyond