For the first time since 2013, the World Rally Championship heads to Greece for the infamous Acropolis Rally. It will be the first time several drivers have ever tackled the notorious stages.

Here, as always, is the lowdown on how the support classes are shaping up ahead of round nine.

The Acropolis will be another key event in the battle to become 2021 WRC2 Champion. Andreas Mikkelsen and Mads Østberg will face off for the third time this season, and a win for either driver will be key for their title bids.

Both were competing in the WRC the last time the Acropolis featured in the world championship; Mikkelsen finishing fourth and Østberg sixth. They’ve also each had some seat time since their last WRC appearance in Estonia, Mikkelsen continuing his ERC campaign and Østberg his Hungarian program.

Mikkelsen will however have a new voice in his ear as he partners with Elliott Edmondson for the Acropolis at the very least. Edmondson was let go by Gus Greensmith after Arctic Rally Finland, but did win a rally in the UK last month alongside M-Sport test driver and director Matthew Wilson to keep him match fit.

Elsewhere, Nikolay Gryazin and Oliver Solberg are well worth keeping an eye on. Gryazin steps into a Ford Fiesta Rally2 instead of a Volkswagen Polo GTI R5 for this event and the majority of the season thereafter, so it will be fascinating to see how that combination works. 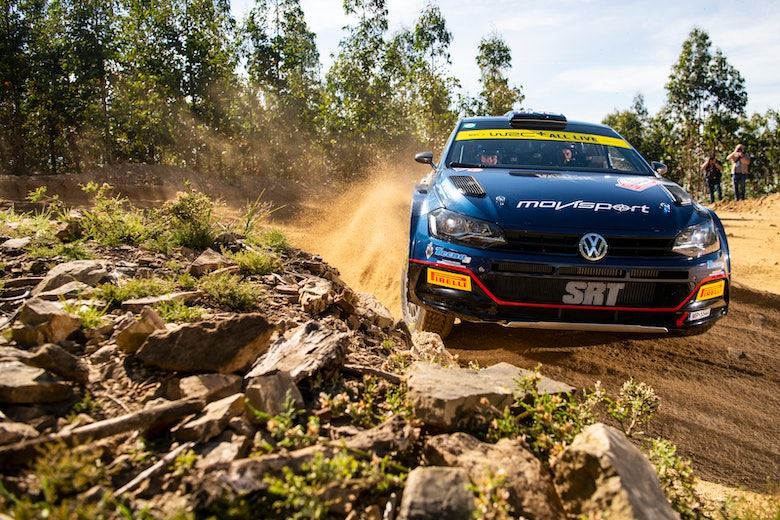 Solberg meanwhile has been entrusted with debuting the i20 N Rally2 on gravel in the WRC, and has conducted a comprehensive testing program prior to the rally. He perhaps should’ve won the Ypres Rally had he not suffered a mysterious problem on the final morning that prevented him from leaving service.

“OK, we still have some work to do but I think the car is getting much, much faster,” he told DirtFish.

“The guys have been working super hard and you have to remember it’s only been two, three weeks to make new parts for Greece.

“It’s not a lot of time, especially in COVID times where the production takes such a long time but they’ve come up with a few solutions and it looks like it’s been getting better and better.

“So let’s pray to the gods in Greece!”

Sean Johnston makes his return following his accident in Estonia in July, while Canadian driver ‘Crazy Leo’ starts his first WRC event since 2014 in another Saintéloc Citroën.

Teemu Suninen was set to compete on the event as the #24 seed but following his decision to leave M-Sport with immediate effect last month, he won’t be back in action until Rally Finland in October.

Yohan Rossel and Kajetan Kajetanowicz are the headline acts in the WRC3 battle in Greece.

Rossel has been a real surprise this year and is looking odds-on to claim the title, winning three times across the season with triple European champion Kajetanowicz winning twice. Acropolis will however be vital, as they both could do with getting the better of each other.

“Each rally is important, especially towards the end of the season, when all cards are on table,” said Kajetanowicz. “We achieved quite a lot this year but we still need to push and score more points than our main rival. This is our goal.”

Kajetanowicz could be at an advantage as a previous winner two times over on the Acropolis when it was part of the European Rally Championship. Rossel meanwhile has never rallied in Greece before.

“I have been looking forward to competing here for several weeks. You cannot predict everything in rallies but I believe we have done everything to leave as little as possible up to chance,” Kajetanowicz warned.

While the two championship leaders are expected to be the frontrunners, there are several others keen to disprove that theory. Chris Ingram leads the queue, linking up with the Toksport team that took him to the 2019 ERC crown for the first time in the WRC.

Emil Lindholm is another due a strong result; his strong pace yet to transfer into a blockbuster finish. Daniel Chwist also makes his first start since finishing fourth in class on Safari Rally Kenya, this time trading his Ford Fiesta R5 for Hyundai’s i20 equivalent.