Hyundai deputy team director Julien Moncet has warned against any idea that his team has turned a corner with its Finland victory, having gone on a disastrous run of form after its Italy win in June.

Ott Tänak broke Toyota’s dominant streak of Rally Finland wins with what was widely considered an against-the-odds victory, given his inability to match the Toyota quartet’s pace in Estonia last month.

After a well-documented streak of reliability woes and complaints from drivers around car performance leading up to Rally Italy, there were not high expectations of a win there either.

Tänak won comfortably in Italy once the Toyotas of Elfyn Evans and Esapekka Lappi retired and across the Italy–Portugal doubleheader, Hyundai even outscored Toyota in the manufactuers’ championship. 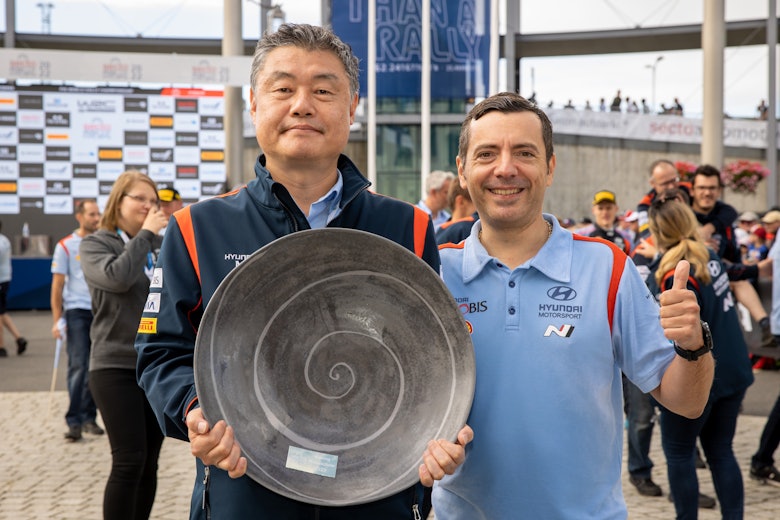 But that success was followed by a disastrous Safari Rally Kenya and a lack of pace in Estonia – leaving Moncet cautious to suggest Tänak’s form was a sign of more to come.

“Well I hope a corner has been passed,” said Moncet. “But we have to be cautious as well because we had a similar result in Sardinia and after the following races were not so positive following that.

“We have to be very careful not to be too optimistic. We have to enjoy the result today but it should not put us away from our target which is to have this result every rally.”

Despite that caution Moncet’s target for Hyundai remains rally wins during the remainder of 2022, pointing out this was now more significant than the championship standings given Toyota’s huge lead in both the drivers’ and manufacturers’ title races.

Hyundai has home rallies for two of its drivers still to come: Thierry Neuville at the next round in Belgium and then Dani Sordo in Spain, who is all but confirmed to return for his home World Rally Championship round.

“Ypres for us is clearly a target. Then Spain maybe,” Moncet told DirtFish.

“And for the rest, we will, as I said already before Finland, the best we can do now is to target some wins. Because the championship, even if despite our result today, if you look at the manufacturers’ championship we are still losing one point actually compared to Toyota so we gain nothing. Driver championship is still the same gap.

“We really need to focus on winning races whenever we can. So Ypres, Spain and whatever, why not New Zealand as well? Because we have shown that our car could be competitive in this conditions, so let’s take the races one by one and then we will see.

“And as I said, we come, target is to win and it’s all or nothing.”