A quarter of a century on from Britain’s finest hour in the World Rally Championship – an hour celebrated in the backyard of current Motorsport UK chairman David Richards – Britain’s future in the WRC couldn’t look bleaker.

Twenty-five years on – and, ironically, with Britons once again leading the title race – the future of Rally GB hangs in the balance.

It is expected that there will still be a UK presence on the calendar to be presented to World Motor Sport Council on Friday, but it will come with an asterisk and facing a lot of challenges.

The event will be a Belfast-based Rally Northern Ireland born more out of local diligence than any major Motorsport UK commitment.

People like Bobby Willis and Ian Paisley have worked tirelessly to take the WRC to Belfast and deserve unflinching gratitude and total commitment and support from the governing body in Colnbrook. Nobody in Northern Ireland will talk on the record (so busy is Willis he hasn’t answered a DirtFish call in months…), but the relationship across the Irish Sea is understood to be awkward.

Asked for his thoughts on the likelihood of Britain being on the 2021 WRC calendar, Motorsport UK CEO Hugh Chambers told DirtFish: “I think there is a possibility for next year, but it’s probably not an overwhelming probability.”

DirtFish understands Wales was finally accepted as a ‘non-starter’ in the words of one source close to Motorsport UK. Hopes of rolling unused – because of a coronavirus-forced cancellation –funding from this year into next season look to be out of the window. The case wasn’t helped when Gwilym Evans retired from his position as head of the Welsh government’s major events unit last September.

Evans liked rallying, batted for the event and extolled the multi-million-pound economic benefit Britain’s WRC round had on Llandudno and the surrounding areas.

Rob Holt, the deputy director, tourism, development and major events of culture in the Welsh government, is, I’m told, making the decisions now.

It’s unrealistic to think one man’s departure had such a significant impact on a major event, especially given that Evans didn’t hold a ministerial position. But talk to those along the corridors of Welsh power in Cardiff and there’s little of the warmth or enthusiasm Rally GB engendered just a few years ago.

So, Northern Ireland then. What does Chambers think?

“I think there is a chance with Northern Ireland,” he said. “It’s a slim one, it’s a narrow window. We’ve got congestion in the calendar because of a reduced number of rounds. And, given the existing [WRC Promoter] contracts already in place (with Monte Carlo, Sweden, Portugal, Italy, Kenya, Finland, Spain, Japan and Australia) there’s not a huge amount of flexibility there in terms of what the promoter, the FIA or we can do about that calendar.

“What I can say is that Ian [Paisley] and others in Northern Ireland have done a very good job in exploring other avenues of funding.”

If the stars (and by stars I mean Westminster’s Departure of Culture, Media and Sport and Northern Ireland Office and Stormont’s Northern Ireland Executive) align and find the £2m needed to run a WRC round then we have a hope.

And if Northern Ireland doesn’t come off, then what next for the WRC in Britain? Yes, there’s a contract with the Welsh government, but without further outside investment and commercial partnerships, running in Wales would make no commercial sense.

Unless Motorsport UK would be willing to dip into its reserves to find a million or so to support the event (a big ask in a COVID-19-ravaged year when the organization has already lost a reported £2m), 1981 world champion Richards faces losing Britain’s WRC round on his watch.

And there’s no agenda, no positioning and no posturing in this story. This is where we are right now: Wales is shakey and Northern Ireland’s ready, willing but potentially unable and beyond that, we have nothing. There’s talk of Scotland, norths west and east, but as anybody will tell you, regional governments plan major events five years out.

Undoubtedly, that could be fast-tracked for the right deal. Is the right deal out there? And can it be landed? Let’s hope so. The prospect of five years in the WRC wilderness would come as a hammer blow to the British rallying community.

Talking of hammer blows, last week’s Motorsport UK AGM confirmed the departure of the Royal Automobile Club’s two sitting board members. The upshot of that is that the RAC – the organization from which Motorsport UK was founded all those years ago – no longer has anything to do with British motorsport.

Which takes me back to 25 years ago, a time when that same acronym sat alongside a rally that ranked among the best in the world. A time when Britain ruled the world of rallying.

Once upon a time… 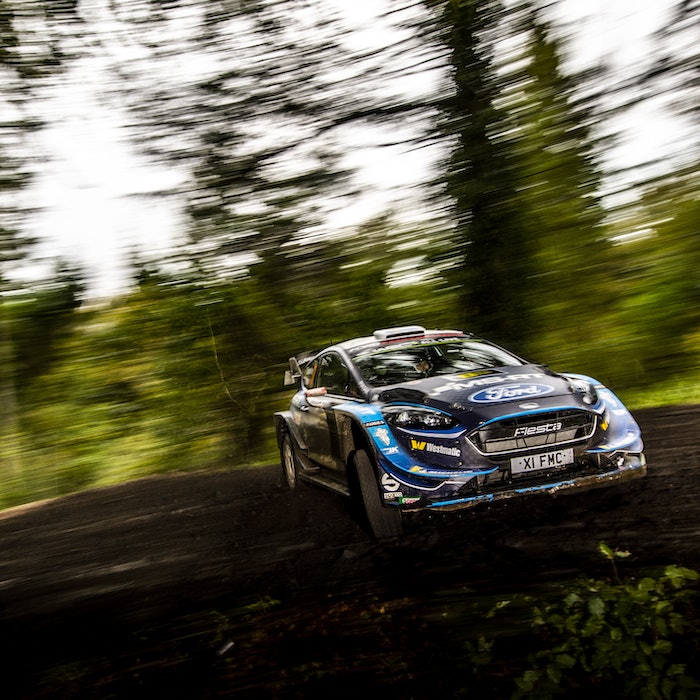