Factory team exile Esapekka Lappi believes he has proved he is the “clear choice” for a 2022 Rally1 drive of the WRC2 drivers fighting for World Rally Championship promotion.

Lappi was a Toyota driver for two seasons in 2017 and ’18, winning his native Rally Finland on just his fourth ever top-flight start, before an ill-fated move to Citroën in 2019.

He then moved to M-Sport in 2020 when Citroën pulled the plug on its WRC program but parted ways with the team after claiming fourth on the Monza Rally.

Lappi has since focused on finding the enjoyment again from driving while simultaneously proving he has lost none of his prodigious talent, competing in the WRC2 class with a Volkswagen Polo GTI R5.

He scored a crushing victory on Arctic Rally Finland and returned in Portugal last week to take yet another win, 1m42.8s ahead of his old M-Sport team-mate Teemu Suninen.

And despite starting two fewer rallies than Suninen – and both in Rally2 machinery with Suninen doing two in a WRC car and two in Rally2 – Lappi has just two less championship points in the overall standings too.

“It was a really strong result again,” Lappi told DirtFish. “We didn’t have any issues so I’m very proud of the team principal that they produced such a strong car as well.

“On the other hand I think we were smart, very smart. We kept our pace really consistent throughout the weekend, but then when there were rough parts we backed off, avoided all the bad stuff and then pushed on the last one a bit.” 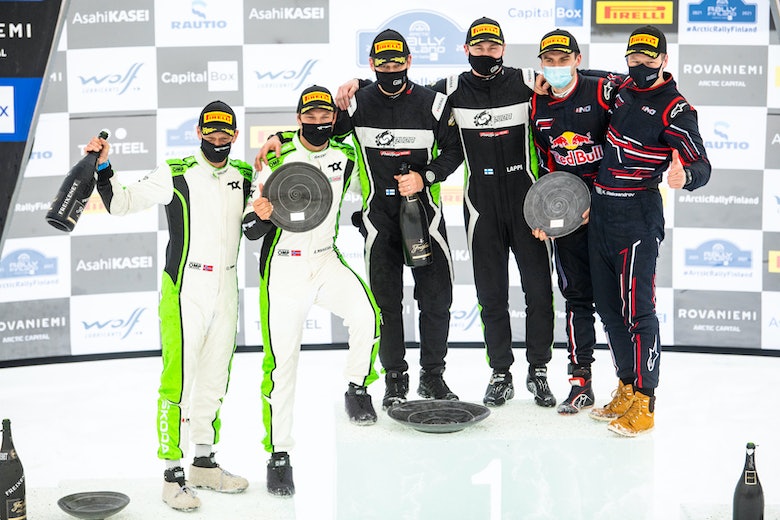 Lappi doesn’t currently have a plan in place for any further outings as of yet.

“This [Portugal] was our plan, and now we need to think again if we can do something,” he said.

“I would like to, yes, but we need to sit down and think and discuss with my manager.”

Asked however if he had a plan to prove he’s the man for a Rally1 drive next year – most likely with M-Sport as Hyundai has already extended its contracts with Thierry Neuville and Ott Tänak and Toyota is keen on continuity next year too – Lappi responded: “I’ve already done it.”

What have you done?

“Proved that I’m the clear choice.

“I’m not saying that I’m the man to win, but I feel like I’m one of the best choices for what is available.”

Lappi’s WRC2 rival Andreas Mikkelsen is another man rumored to be in the running for an M-Sport drive next year as the Rally1 era begins.

Asked what he had to do between now and the end of the year to prove his credentials further, Lappi said: “Keep driving like this. Doing these results.”

It takes some effort to stand-out amongst the WRC2 crowd this year, such is the level of the competition in the category right now.

Yet, for a second time this year, Esapekka Lappi did just that in Portugal. The final lead gap doesn’t reflect how close the rally was, but it can’t be a coincidence that it was only Lappi who didn’t run into any strife over the three days. He managed the event perfectly.

So on form alone, yes, Lappi has proven that he is probably the best choice of the current outsiders to land a Rally1 drive. But the problem is, he isn’t the only choice.

Andreas Mikkelsen’s pre-season statement that he wanted to “dominate” every rally he started in a Rally2 car this year has already backfired on the Norwegian as he was comprehensively outclassed by Lappi on Arctic Rally Finland. But Mikkelsen missed his shot at revenge last week, sidelined with COVID-19.

And the ace card Mikkelsen could hold over Lappi is that he’s an untried quantity. Lappi has already driven for M-Sport – the likely destination for any of these drivers – and while things didn’t erupt, it didn’t seem like the happiest of marriages we’ve ever seen in the WRC.

Mikkelsen is one of few current drivers not to have donned M-Sport colors and brings with him a wealth of development experience from various manufacturers. He’d represent a solid bet rather than a gamble.

Odds therefore look fairly even between Lappi and Mikkelsen getting the nod, but M-Sport could elect to stick with what it has (Gus Greensmith, Suninen and Adrien Fourmaux) and this whole discussion becomes a moot point anyway…