M-Sport Poland is on track to deliver the world’s first Rally3 car for January 1, with the firm’s latest all-new Ford Fiesta rally car currently under development.

Design and research work on the project began in April last year, with the first shell for a test car being produced during lockdown in May. With coronavirus restrictions in place, that test car wasn’t completed until July.

“The first test was just for confirmation that the car worked,” Woda told DirtFish.

“It was a bit of a challenge to find a place to test the car following relaxation of COVID restrictions and all venues being fully booked – in the end we had to go to an airport 100 kilometers from Krakow. They closed the runway for the day so we could test the car.”

With that test complete, Kajetanowicz then completed more extensive gravel running in Poland ahead of five days in Sardinia.

“We wanted to take the car to Sardinia for some hot and rough gravel running,” said Woda. “We wanted to put the car under some real stress.

“We did around 1,000 kilometers with Nil and Kajto in these five days and there were only a few small issues which we are now resolving.”

Testing continues back on the Polish asphalt this week. 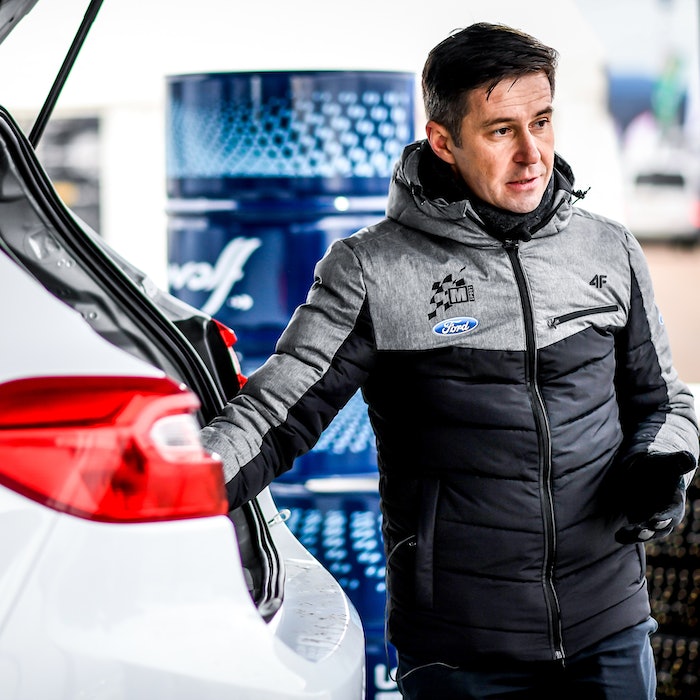 To have a four-wheel drive car with around 210bhp is something we have been pushing for for some time. Maciej Woda

Woda was unwilling to reveal specifics about the car, but he confirmed an intended January 1 homologation date next season.

The car will run similar Sadev transmission to the Rally4 Fiesta – with the French firm preparing the rear differential for the new car. DirtFish understands the Rally3 will be a standalone car without the potential to upgrade a Rally4 to a Rally3 by fitting the rear transmission.

Woda added: “We already have a lot of information and data gathered that this car is going to sit really nicely between Rally4 and Rally2. Honestly, it’s a brilliant car.

“To have a four-wheel drive car with around 210bhp is something we have been pushing for for some time and it’s great to be able to be the first to deliver on this latest level of the FIA’s pyramid.”

Being the first to market with new rally cars is nothing new to M-Sport, with Malcolm Wilson’s firm the first to reveal its Rally2 car (then called R5) in 2013, while M-Sport Poland revealed a Rally4 car ahead of competition this year too.

The company now has a rally car available at all five levels, from its basic Rally5 (JWRC car with a more standard engine producing 150bhp) all the way through to the Rally 1 machine driven by Esapekka Lappi, Teemu Suninen and Gus Greensmith for the M-Sport Ford World Rally Team.