For years, it was the A595 out of Cockermouth, left onto the B5304, through Wigton and left onto Kirkbride Airfield. From January, it’s out of the garage, into stage mode and onto a 1.55-mile purpose-built test track.

M-Sport’s preparations for a round of the World Rally Championship will never be the same again. For the last 20 years, systems checks on every rally car built by the Cumbrian team have been run up and down Kirkbride Airfield.

Current WRC points leader Elfyn Evans was there doing that job when he found out his big break had arrived: he would be driving a Ford Fiesta RS WRC on the 2013 Rally Italy. 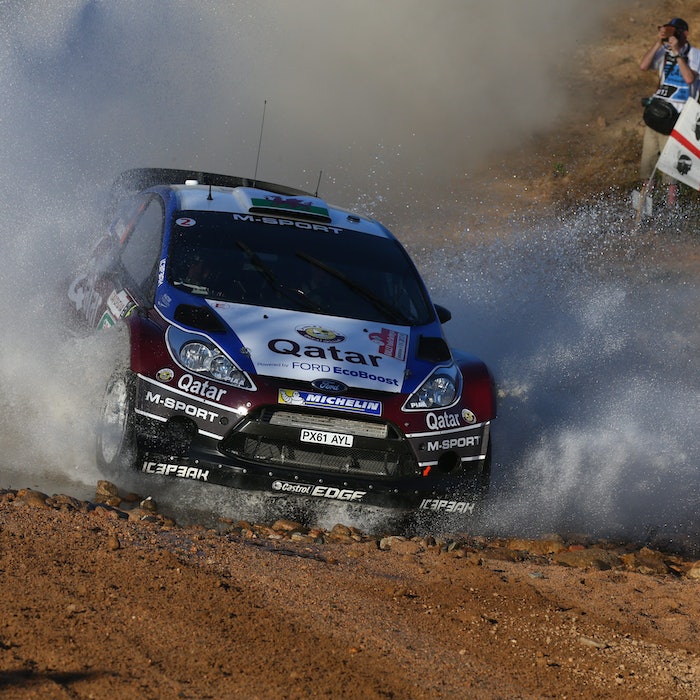 How Evans received his WRC debut

Elfyn Evans wasn't expecting to head to Sardinia at all in 2013, let alone do so in a Fiesta WRC. A business meeting had ruled out Nasser Al-Attiyah, so Evans was called up...

Kirkbride has played a big part in M-Sport’s history, but from January, the former RAF base will step back in most areas due to the arrival of M-Sport’s own cutting-edge 10,723 square-meter Evaluation Centre and test track.

Back in June, Wilson told DirtFish that he expected the facility to open in October this year, but it has since been delayed to January 2021 to ensure that everything is complete.

“The track’s just great,” added Wilson. “It’s got everything we need and everything a manufacturer could need. But the Evaluation Centre is something else. It’s five-star. I was over there this morning, watching the showroom being tiled. It’s just sensational, out of this world.

“I’ll be honest, when we first started out thinking about this project all those years ago, I never envisaged this. It’s better than I could have ever imagined or hoped for. It looks like we’ll have sign off on the whole site late next month or into December and then we should be ready to open the doors in January.

“The roll-out and systems checks for the Monte Carlo [Rally] entry cars will be one of the first jobs we do at the track. That’s pretty exciting!”

But, for those fans of the airfield, fear not. Kirkbride remains – just with a smaller role.

“For sure we will continue to use Kirkbride,” Wilson confirmed. “We want to make sure the test track here at Dovenby is busy all the time now and if, for example, we have a manufacturer working on the track then we’ll revert to doing our stuff at Kirkbride.”