Andreas Mikkelsen will start next year’s Monte Carlo Rally in WRC2 and is considering mounting a full title defense while also hoping to secure some drives in a Rally1 car next season.

The Toksport-run driver won the Monte, Rally Estonia and the Acropolis this year in a Škoda Fabia Rally2 evo en route to the class title, which he wrapped up with a round to spare.

That meant the pressure was off for this weekend’s Monza Rally where he finished third in WRC2 after a puncture on Friday.

Fresh from the podium ceremony for his official championship coronation, Mikkelsen admitted “next year is not sorted” but he is “working on it”.

“Of course the dream is to be in WRC [Rally1]. But I will start here in Monte Carlo with Toksport and Škoda, and the plan is to do a WRC2 season,” he revealed.

“And if there’s a possibility to go up to WRC [in the top class], that’s what I’m hoping for. But for sure we try to repeat this year if there will be no opportunity arising.”

Mikkelsen’s only opportunity for a full-time Rally1 drive in 2022 looked to be at M-Sport, but it announced Gus Greensmith as its second driver during the Monza Rally weekend and is expected to retain Adrien Fourmaux too. Hyundai and Toyota’s full factory line-ups were solidified in October. 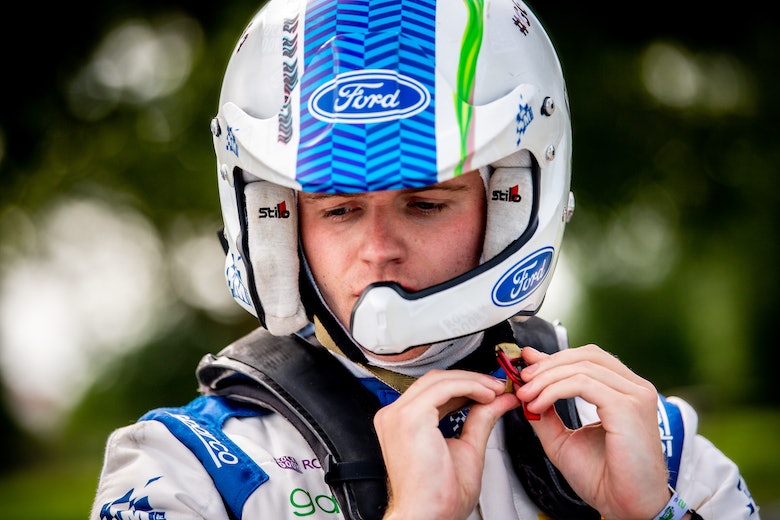 It’s also unclear who will co-drive for Mikkelsen next rally, as he’s had a number of different people sit next to him during his title-winning WRC2 and European Rally Championship campaigns this year.

At Monza he was partnered for the first time with Phil Hall as Elliott Edmondson – who replaced Ola Fløene from the Acropolis Rally onwards – joined forces with Oliver Solberg.

Hall has been Jon Armstrong’s co-driver in Junior WRC this year, and Tom Williams’ before that.