Andreas Mikkelsen has been forced out of Rally Italy for the entire weekend after a crash on stage four.

Mikkelsen had been chasing fellow Norwegian Mads Østberg for the WRC2 lead but crashed his Škoda Fabia Rally2 evo on just the second corner of the second run through Terranova.

The car come to rest on its side and was righted by nearby spectators, allowing Mikkelsen to make it to the end of the stage and service in Olbia.

But damage to the rollcage has forced the Toksport team to retire Mikkelsen’s car for the weekend. It follows an accident on Rally Croatia and a non-start in Portugal due to a positive COVID-19 test.

“It was a left-hand corner just after the start,” Mikkelsen explained.

“I cut the corner like first pass but then suddenly the car went to the right just in the cut, so I’m not sure if I hit something.

“I didn’t feel anything in the steering wheel so I was sure that something snapped but then we rolled, and it looked like when the car was actually upside down so we rolled it back and we continued driving. But in the end the rollcage has the damage and we’re forced to retire because of that.”

When it was put to him that this is harmful for his WRC2 title challenge, Mikkelsen added: “Yeah, true. In WRC2 you can delete one rally, so this has to be this event and it puts us under pressure for the remaining rallies not to have any more incidents, for sure.

“So not really optimal. It’s a bizarre one because I don’t really understand why it happened. We’ll have to investigate.” 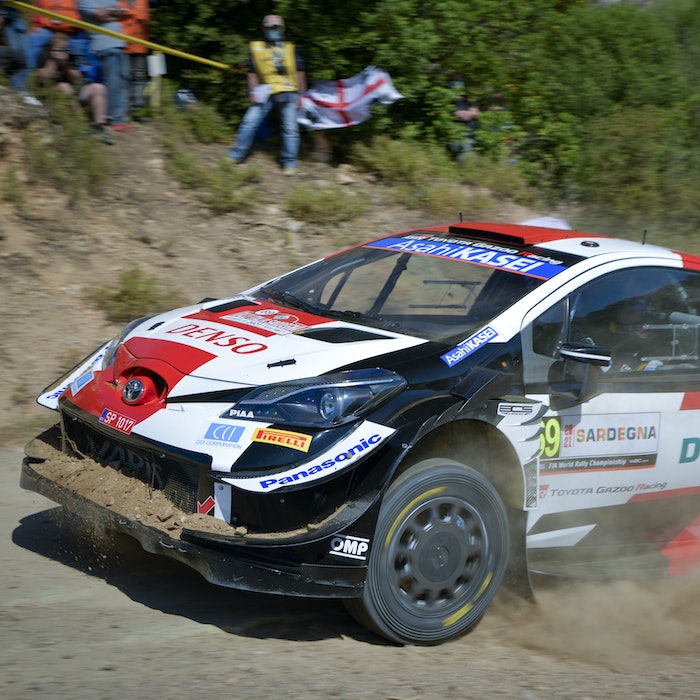 ROVANPERÄ DROPS OUT OF RALLY ITALY AS TÄNAK EXTENDS LEAD

Why Ogier is smiling for once as the Sardinian road sweeper