Hyundai’s Thierry Neuville has expressed his concerns to the team ahead of the impending departure of team manager Alain Penasse, who Neuville believes has made him “a better person and a better driver”.

Both Penasse and Neuville have been at Hyundai Motorsport since it returned to the World Rally Championship in 2014.

Neuville joined fresh from finishing second in the 2013 championship with M-Sport and is now a 13-time WRC event winner, who has fought for each drivers’ title since 2017.

Penasse has been a key factor in Hyundai’s success, which includes back-to-back manufacturers’ titles in 2019 and 2020, but will vacate his role with the team after next week’s Rally Estonia following a decision from Hyundai senior management in Korea not to renew contractor agreements. 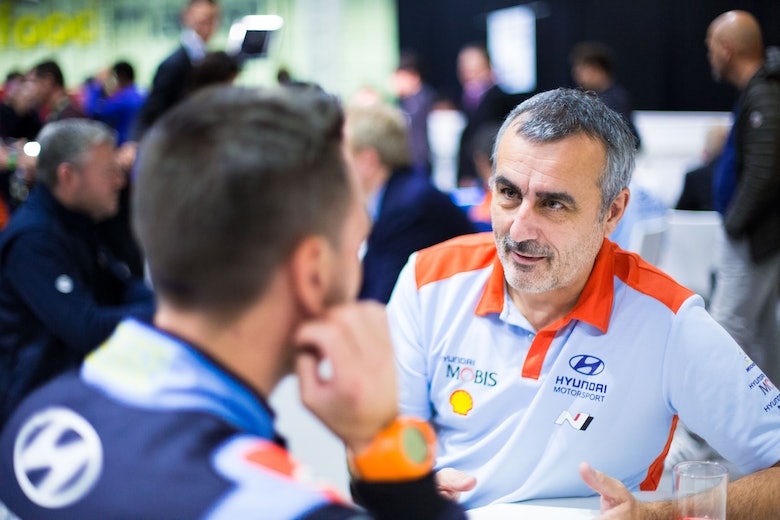 What Hyundai will miss when Penasse departs

Due to his involvement in organizing the Ypres Rally, Penasse has never been a full-time member of Hyundai staff.

“Obviously I have been surprised by the decision and I think I was also the first to declare my concerns to the team about this decision,” Neuville told DirtFish, when asked about Penasse’s departure.

“But it’s a fact now and we will go on and we will go ahead. The only thing I can say is that I’m really thankful for those years we have been spending together.”

Neuville and Penasse have not always seen eye-to-eye – particularly in 2015 when Neuville’s sticky form earned him a demotion to the second-string Hyundai Motorsport N team – but Neuville was quick to pay tribute to Penasse’s contribution to Hyundai.

“Alain was already there when I joined the team and we have gone pretty much through the best times we have had in the team, the toughest times we had to go through, there have been ups and downs but it has been a great experience working with him and I was able to get a lot of maturity thanks to his advice and experience he has in this world,” he said.

“And that’s something that made me a better person and a better driver. But like I said the work doesn’t stop and we’re going to continue. Obviously everything is not in our hands all the time.”