That’s right. Andreas Mikkelsen as well. How does that work? That will give the drivers 0.75 of a car for the season. Four into three doesn’t go. Or so we thought. Alain Penasse thought differently.

For the first time in more than a decade we would see a manufacturer sustain a program of rotating its third car, in this case between Paddon and Sordo. The directive and the target couldn’t have been clearer: the manufacturers’ championship is everything.

Two years later, Hyundai was a world champion for the first time ever.

Three years later, Hyundai was a two-time world champion for the first time ever. 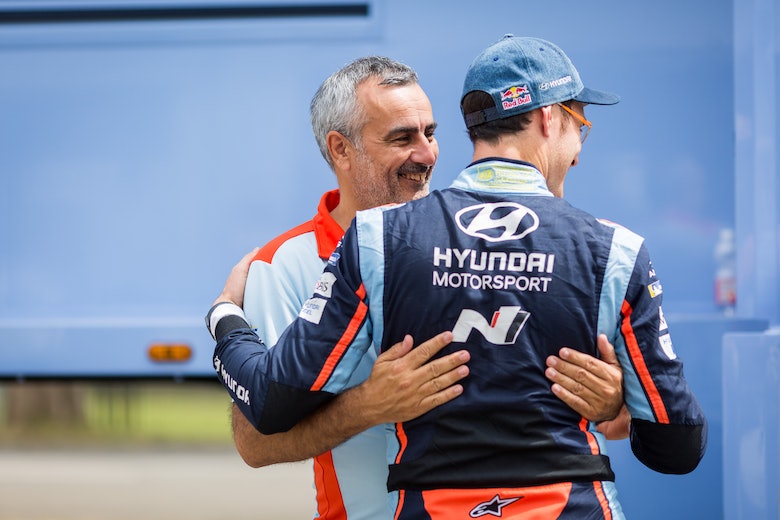 Penasse to leave Hyundai after Estonia

The foundation of that success came from rotating drivers. Penasse laid the foundations for the Korean firm’s unprecedented success.

He then built on those foundations with a string of strategic decisions which regularly caught his opponents on the hop – such as Sordo diving into Sunday’s final Safari stages early to act as a high-speed gravel note crew for his team-mates.

When, in the middle of last week’s Safari Rally Kenya, news broke that Penasse was departing the team at the end of next month, the rumor mill rumbled into action. Had he been pushed? What was the real reason?

All we can tell you is what we were told. The decision came from Seoul.

“This is not my decision.”

How will this impact Hyundai Motorsport? Significantly David Evans

Penasse couldn’t have been much clearer. The Belgian is not one for leaving a job unfinished. While last week delivered another difficult result for the Alzenau-based team (they’re now 59 points behind Toyota), Penasse’s focus would remain resolutely on keeping the crown and landing a hat-trick of titles for the team he’s worked with for the last eight years.

Post-Estonia, that’s somebody else’s job. How will that impact Hyundai Motorsport?

Personally, I thought Penasse would be gone by the middle of 2019. When Andrea Adamo replaced Michel Nandan as team principal, I predicted the Italian would wheel in his own team manager as quickly as possible. Not the case.

Penasse demonstrated great professional flexibility to evolve his working ways to suit Adamo. There’s absolutely no doubt, Nandan and Adamo went about the job in enormously different ways and to be able to work alongside both with such success says lots about Penasse.

Few know the sporting regulations as intimately as him and even fewer have the single-minded ability to direct a driver – or co-driver’s – career. Adamo’s widely regarded as the ruthless side of the team, but Penasse wouldn’t be far behind. Remember Penasse’s words in 2015, when he voiced the opinion that Neuville was worrying too much about the hotel he was staying in rather than how fast he was driving his rally car?

The culmination of that was his countryman being dropped from Hyundai’s main team for Rally GB in 2015. It was the beginning of the rebuilding of Neuville into the championship challenging driver he is today.

Not once have I seen Penasse shy away from a tough call. It’s not his style. It doesn’t always make him right though. Personally, I think it was the wrong choice to jettison Paddon a couple of years ago.

One thing is sure, whoever follows Penasse into the role of Hyundai Motorsport team manager will have to demonstrate a deep understanding of both the WRC’s sporting regulations and human relationships as they roll into the emotional rollercoaster that is life alongside Adamo.

He’s going to be a hard – and hard-nosed – act to follow.

Next for Alain? Arguably the proudest moment of his entire career as he delivers the World Rally Championship to his own backyard with August’s Ypres Rally. 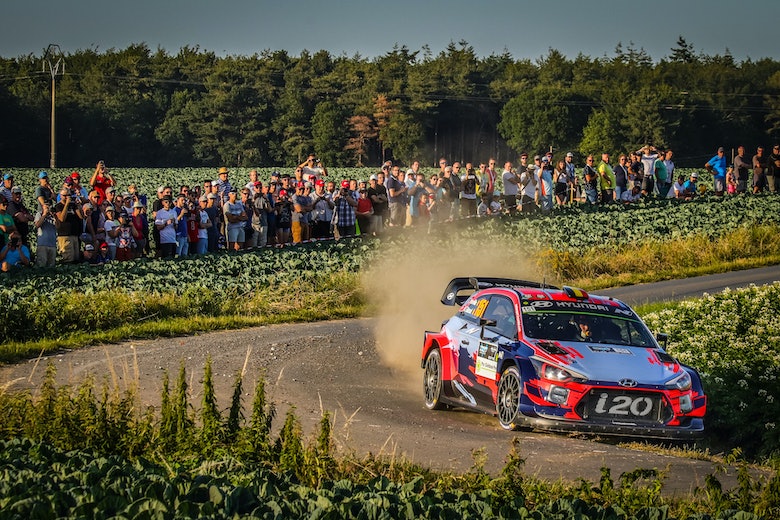 What you need to know about Ypres Rally

Penasse is the president of Ypres’ promoter Club Superstage and will be front and center as his former colleagues descend on the Grote Markt and Spa-Francorchamps circuit in seven weeks.

Like Croatia and Kenya, we can expect great things from a WRC-inbound Belgium. Penasse has seen rallying from all sides. He knows what it takes to win world titles and put on world-class rallies.

And his unflinching commitment to delivering what he sees as the best way forward is evident in Ypres too. There was more than an eyebrow raised when the vastly popular asphalt event turned its back on the European Rally Championship in 2017. Penasse understood Ypres had outgrown the ERC and walked away. His rally has flourished and now sits at rallying’s top table.

Ypres’ gain (and any other events Penasse works on) will be Hyundai Motorsport’s loss. Adamo’s a maverick, we all know that. But even a maverick needs a wingman.