Thierry Neuville has revealed his afternoon surge in pace on the first day of Rally Italy – following a lackluster morning – was down to following the set-up lead of rally-leading Hyundai team-mate Dani Sordo, who has been out of World Rally Championship action since March.

On the opening stage of the rally, Neuville was 18.3 seconds off the pace, and he dropped another 10s to stage winner Sordo on SS2. He got his stage deficit down to under double figures for the next two tests before service, but ended the first loop of the rally almost half a minute off the lead and not happy with the handling of his i20 Coupe WRC.

The return to service enabled him to make several changes to the car’s handling characteristics ahead of the rougher final two stages of the Friday, and it immediately did the trick. He was 4.6s behind Sordo in SS5, after his car stalled at a hairpin and cost him at least that amount of time, and finished second to Sordo on the day-ending SS6 to rise into the podium places.

“Obviously there were some new settings after the test, I tried it one run on shakedown but the setting obviously wasn’t right,” Neuville told DirtFish at the end of the day.

“Dani has driven it since this morning, so I decided to jump over and use part of his settings, change the gearbox as well. Obviously it worked much better.”

Sordo had only contested one WRC round in 2020 prior to this weekend but he did win in Italy last year and has entered the rally 10 times in a World Rally Car. That experience has propelled him to a 17.4s lead over M-Sport’s Teemu Suninen at the end of the first day.

Reflecting on the objectives he’d set for Sardinia after the first four stages, Neuville told DirtFish: “The first objective was to get a better feeling with the car, and change the settings, which we obviously did. And it worked well. Which makes us much more confident for tomorrow, especially heading into the new stages tomorrow.

“Feeling more confident will now allow us to push very hard. Still look forward to P1, but it’s going to be an intense fight.

“The chance is still there [to be champion]. Like I said, we missed out speed this morning, which can be crucial at the end of this rally because we are 30s behind the leader, only 17s behind P2, and I think with the speed we should go tomorrow. We will definitely try to catch at least P2 tomorrow and see what’s possible for P1.” 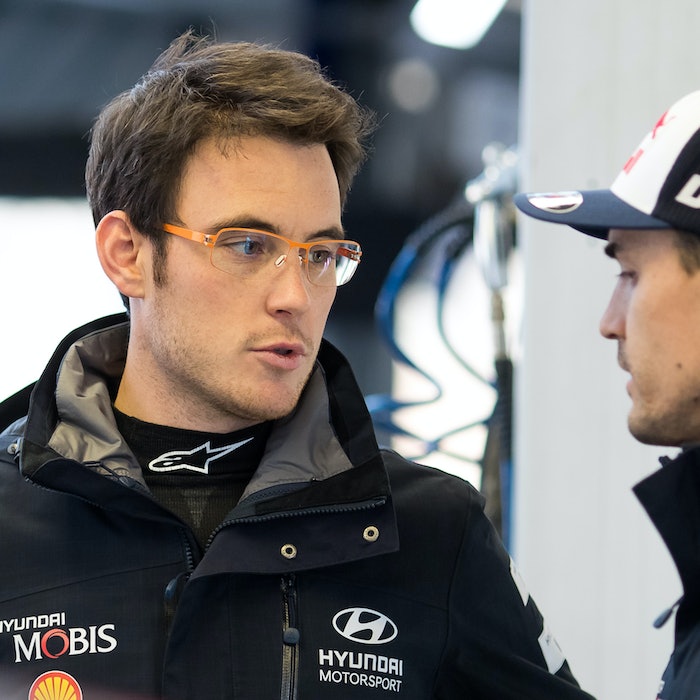 Rally Italy isn't the only event Sordo has proved influential to Neuville's performance. Back in Monte Carlo when acting as Neuville's ice note crew, he recommended the tires that helped Neuville to victory

Ogier bemoans sweeping after being outpaced by Rally2 car