The Belgian pair started Saturday morning of Arctic Rally Finland with the second fastest time on Mustalampi, just one second down on rally-leading Hyundai Motorsport team-mate Ott Tänak, and while he was the top i20 Coupe WRC driver on Kaihuavaara he was also slower than three Toyotas.

It only got worse on Siikakämä, as he was sixth fastest and ended the loop 34.7s behind Tänak in fourth.

Arctic Rally Finland’s high-speed stages mean the time losses haven’t looked huge, but in such a closely contested event it’s cost Neuville dearly. Those high speeds make the delivery of accurate pacenotes even more important, and even more worrying for the improvising Neuville.

“We carry on on the speed we had yesterday,” Neuville said to reporters at the end of the loop. 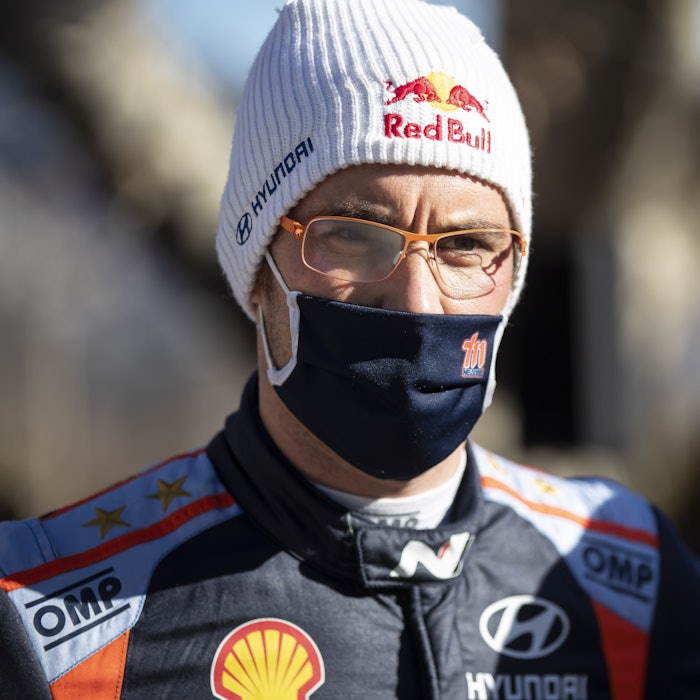 “The feeling was great, the car was working good all morning. I might have been a little bit too soft for the last stage, which was quite fast, with some high average speed. I could have slightly adapted settings, but in the end got good information for the second loop.

“I lost in the two last stages a little bit. I couldn’t really commit all the time, because we are still missing some communication between Martijn and I with the noise.

“I get sometimes a lot of engine noise and his voice isn’t that clear, so I really struggled to be sure I understood well the notes. So sometimes I have to back off and just imagine what could be the corner, which obviously is not great and especially when you’re in a fight like this where everybody’s driving on tenths on each stage. I’m a little bit frustrated about that, but we’re going to see what we can do in midday.”

It wasn’t just intercom technology that could be attributed to Neuville’s pacenote struggle, or even how new the partnership with Wydaeghe still is. 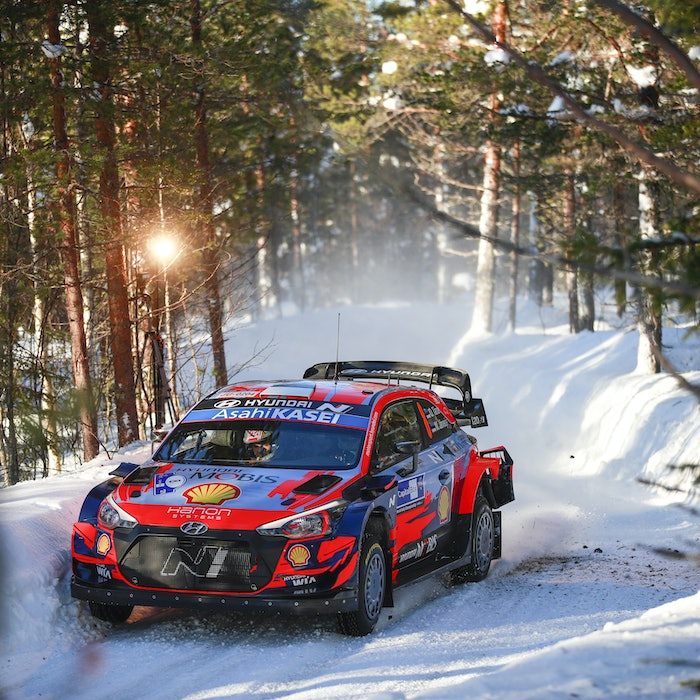 “I mean it’s a combination of his native language isn’t French, so he’s working on that, but also it isn’t clear enough for me to really understand what is the pacenotes in different situations,” Neuville added, before speaking about his experience of the new Pirelli winter tires on the warming conditions of the snow-covered rally.

“The grip was quite consistent, to be honest, and I felt like the traction also was working fine. My car was good. Obviously in the faster stages, we maybe lose a little bit.

“On the more twisty stage like in the first one this morning, maybe we were a bit more competitive against the Toyotas. For this afternoon we’re going to do some improvements to be on the pace in all three stages.”