Thierry Neuville fears Hyundai’s hopes of winning both the 2021 drivers’ and manufacturers’ World Rally Championship titles are now gone after the Acropolis Rally.

Team-mate Ott Tänak finished runner-up in Greece, but he was more than 40 seconds down on winner Kalle Rovanperä, who led a Toyota 1-3 on the podium and top-three lockout on the powerstage.

Neuville was limited to eighth after a power-steering failure caused him to check in 24 minutes late for SS4 on Friday and cost him significant time when on the stage. He is now 50 points behind runaway leader Sébastien Ogier, who finished third.

Hyundai trails Toyota by 57 points in the manufacturers’ standings with three rounds of the 2021 WRC season to go.

“It was a long way from the rally we wanted to have, definitely,” Neuville told DirtFish.

“A good summary is that we got hit by a technical issue very early in the rally, and from then on it was very tough to try to fight back.

“I couldn’t get a good speed being one of the first cars on the road, we couldn’t get the traction, it was tough to set any good times, despite trying very hard on the powerstage, we didn’t get the result we wanted.

“It looks like in general all three cars were a little bit down, even in the powerstage the Toyotas were able to score a 1-2-3, so it looks pretty much like both championships are lost now for us and the manufacturers’ as well, so there’s no reason for us to be happy with anything.” 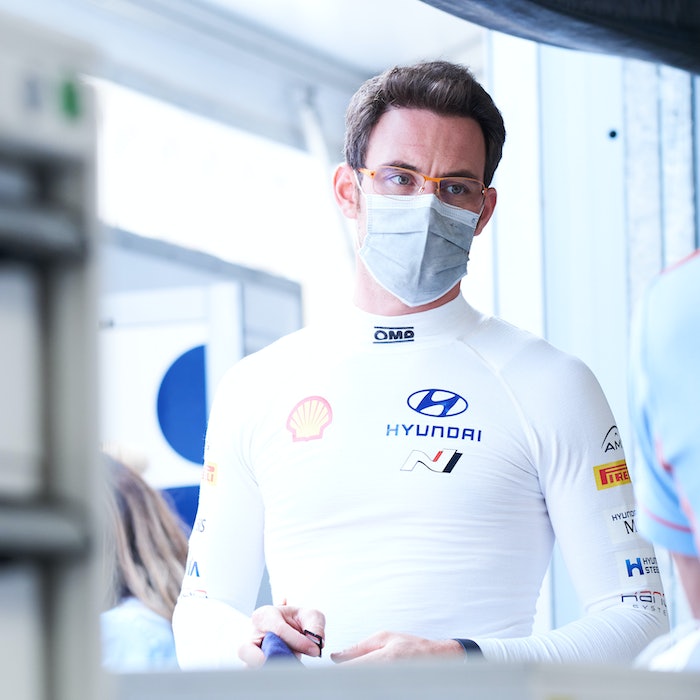 Life is all about ups and downs but we're going to survive. It's tough, but we won't give up Thierry Neuville

Neuville – who said after winning last month’s Ypres Rally that he could have been matching Ogier in the title race without a suspension failure on the Safari Rally – added that he felt his hopes were “still alive” before the Acropolis weekend, which he started 38 points off the championship lead.

“So it’s [the Acropolis result] a kickback, but life is all about ups and downs,” he said. “We’re going to survive.

“We know that we were not able to win this rally this weekend, but a fourth place would have been possible and would have left us a little bit more chance and hopes for the championship.

“Unfortunately it didn’t [happen] so that’s when you realize that your chances are lost.

“It’s tough, but we won’t give up. I still enjoy driving the car, and I will be there for a few more years, so at least that’s something we can confirm and look forward to.”

Toyota’s Elfyn Evans – who had been level with Neuville in the championship before Greece – outscored Neuville by six points last weekend, but himself is now 44 points adrift of Ogier.

Evans admitted “clearly now it’s more or less decided in terms of the championship” in Ogier’s favor, but said he will “keep giving our all to the end of the year regardless”.

“It doesn’t change the approach,” he added, “but of course let’s say it was in any case a long shot and now it’s much, much longer.”

Ogier described his third place finish as a “great move” for the championship as he now has his first mathematical chance to claim his eighth world title on Rally Finland.

If Ogier outscores Evans by 16 points and Neuville by 10 and Rovanperä by nine, he will put the championship out the reach of his rivals.