Ogier’s victory, by 21.8 seconds from Toyota junior Katsuta, was his fourth from six in the 2021 season but the very first of his career in Africa as the Safari returned to the WRC for the first time in 19 years.

Katsuta claimed his first ever WRC podium in second place while Tänak salvaged third place for Hyundai after another weekend in which the team could have won but lost its lead car due to a suspension-related problem.

Thierry Neuville had led the rally up until Sunday morning’s opening test, almost a minute clear of Katsuta, before his rear-right damper broke and put him out of the rally.

A day one incident for Elfyn Evans, who took a cut and collected a stone hidden in a bush that destroyed the front-right corner of his Toyota, has made Safari an incredibly strong weekend for Ogier who now leads the world championship by 34 points.

Evans remains second after salvaging one point for 10th place plus a further three points from the powerstage. Tänak took the powerstage victory ahead of Kalle Rovanperä and Evans while Ogier secured an extra two points for fourth fastest.

“It’s been an amazing experience to be here, the support we’ve had from the people we’ve had is incredible,” said Ogier. “Thank you so much guys, you have a beautiful country.

“It’s a great win for us. Today I also want to congratulate Taka he did an amazing job, it was not that easy to catch him at the end.”

Ogier’s Safari victory was the second in succession and just like in Italy earlier this month, he never really looked odds on to claim it through the early stages.

The seven-time champion won the superspecial test on Thursday, but as soon as the rally headed into the wild it was Neuville that was on song. The Hyundai driver faced a stern challenge from Rovanperä, but the 20-year-old’s luck would wear out as he got stuck in the notorious fesh-fesh on Friday’s final stage and had to retire for the day.

With nothing left to fight for, a dejected Rovanperä could only nurse his Toyota through the remainder of the rally to claim sixth overall.

Rovanperä was far from the only casualty on Friday though. Evans had his retirement, Dani Sordo exited the contest on the same test as Evans (SS3) when a stone broke his suspension arm and threw his Hyundai off the road, and Oliver Solberg – replacing Pierre-Louis Loubet at 2C Competition – wouldn’t make it through the morning as he smacked a bank and damaged his rollcage.

Tänak suffered a front-left puncture which cost him close to a minute, while Ogier leaked almost two on Friday morning as the rear-left damper on his Toyota lost its oil.

It all left Neuville in a brilliant position, and he controlled his well-earned lead throughout Saturday – some brief altercations with zebras aside – even through a chaotic storm on the final stage that threatened to turn the rally completely on its head.

But Katsuta, who was second throughout the entire of Saturday, found himself leading when Neuville bowed out, although he was soon to be swallowed by Ogier.

The two drew dead level with two stages to go, but Ogier moved into an 8.3s lead on the penultimate test and protected it on the powerstage as Katsuta simply backed off to bring second place home.

“It’s feeling very good,” Katsuta smiled. “It has been a very long weekend, OK everybody had some problems but we survived and that’s why we are here.”

Tänak’s third place came despite a misted-up windshield in the aforementioned Saturday storm, but the points he claimed were crucial for both his and Hyundai’s title aspirations.

“It’s a shame it didn’t work out,” he said. “Now we go back to Estonia so it should be more fun.”

M-Sport scored its strongest result of the 2021 season as its drivers Adrien Fourmaux and Gus Greensmith finished fourth and fifth. It proved to be the only team to bring all of its factory cars home without a retirement, despite a limited number of personnel attending the event due to quarantine restrictions between Kenya and its base in the UK.

Fourth would’ve been both Fourmaux and Greensmith’s best result in the WRC to date, but in the end it was Fourmaux who prospered by a narrow 9.9s.

Fourmaux also chalked up his first WRC stage win of his career on SS16, which was M-Sport’s first stage victory of the 2021 season too on the season’s 100th stage.

“I have to say really thanks to all the team M-Sport for this opportunity,” he said. “The car was perfect without any issue. 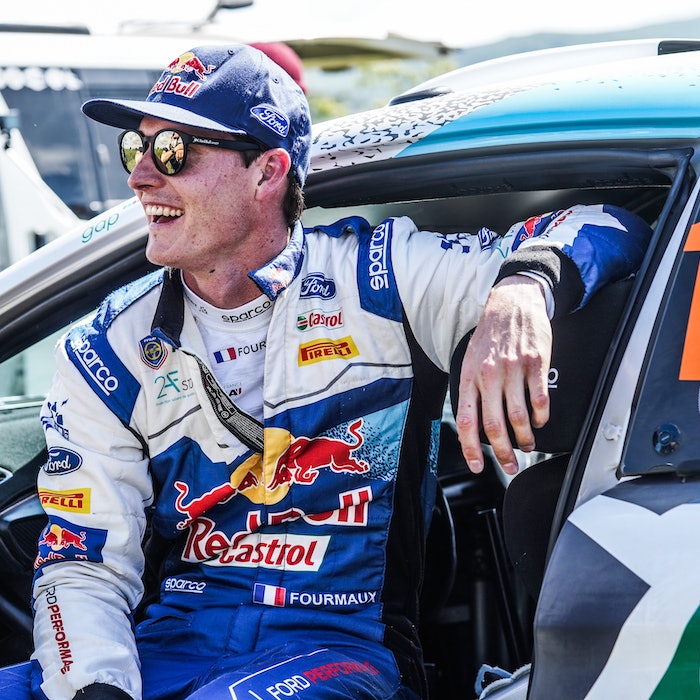 I won the stage, my first one, so the perfect day for me. Adrien Fourmaux

“Maybe I have to push more if I come back next year but I didn’t have the knowledge. I won the stage, my first one, so the perfect day for me.”

The absence of the big hitters that have dominated the WRC2 season so far paved the way for some local stars to shine in Kenya, and that’s exactly what Onkar Rai did in WRC3 with a clear class victory of over three minutes in his Volkswagen Polo GTI R5.

He had been leading the sole WRC2 entrant Martin Prokop in the RC2 class anyway before Prokop crashed, and due to the attrition rate for the World Rally Cars, Rai was able to claim an emotional seventh overall.

Not only was it his first start, he also collected his first WRC points and did so on a weekend where his brother, Tejveer, suffered a scary crash that left him injured as his Polo went end-over-end.

“It’s amazing, I hope he’s watching,” said an emotional Rai in reference to his brother.

“This is for him. It was a really hard drive, and I’m really happy Kenya’s got it [the WRC] back.”

Rai defeated Ford Fiesta R5 rival Karan Patel in WRC3 who, in turn, got the better of Safari Rally legend Carl Tundo in his Volkswagen Polo GTI R5. Tundo, a five-time winner of the event when it hasn’t been part of the WRC, was one of few crews to sport a snorkel and bullbars on his car as it was allowed within the regulations for RC2 cars.

Evans was over 13 minutes behind and propped up the overall top 10, finishing 54.3s clear of privateer Lorenzo Bertelli who started his first gravel rally since Rally Chile in 2019.

Bertelli was another day one retiree with a water leak problem. Sordo recovered to 12th, surviving a scare on Sunday morning as his Hyundai developed a fuel issue that caused him to leave final service 20 minutes late. 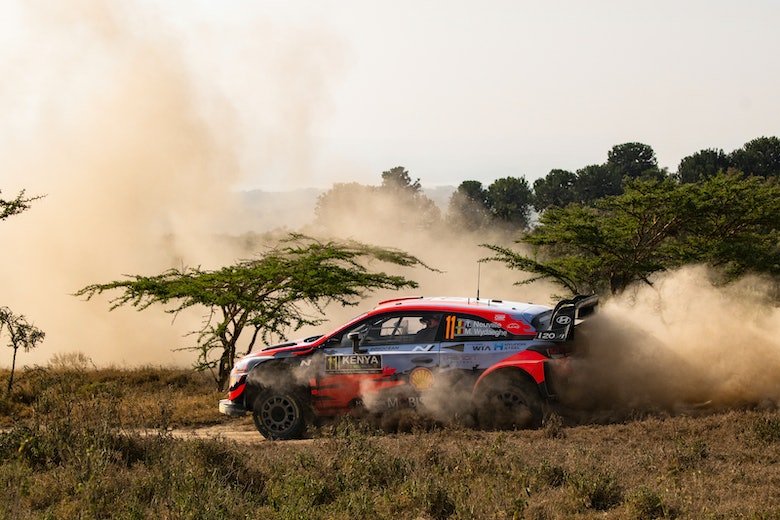 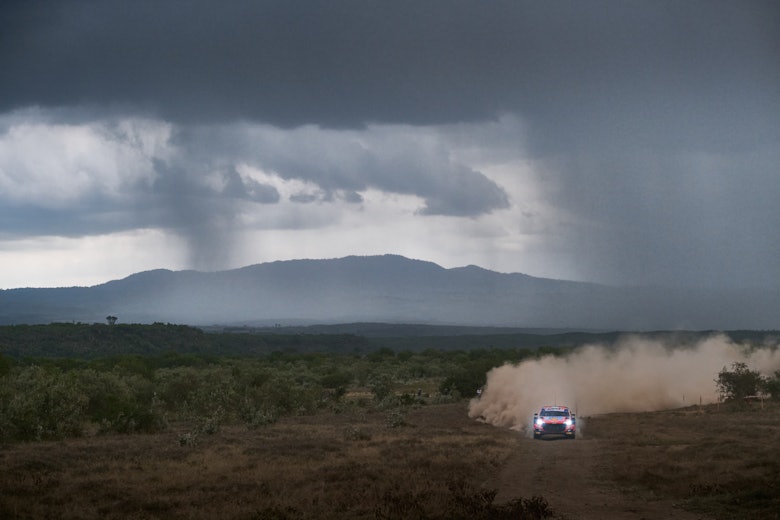 How a Safari storm spliced and split one WRC stage 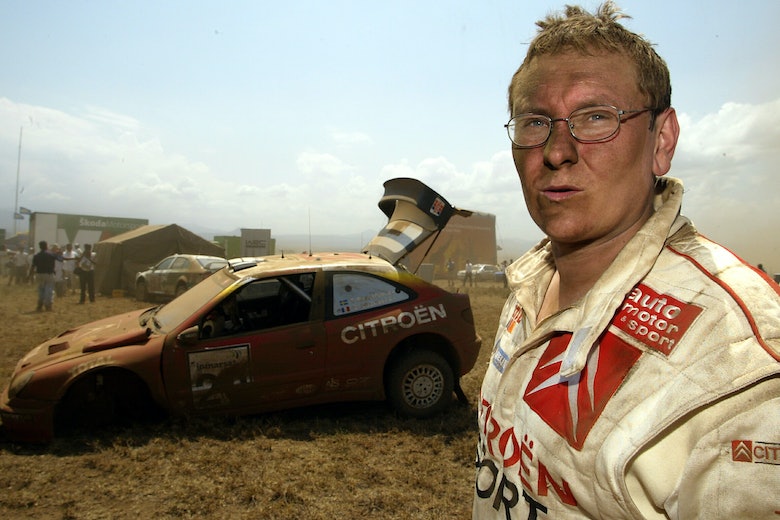 Ogier takes Safari lead outright with one stage to go