The voice was familiar, but quite out of context. The voice was that of Björn Waldegård, three-time Safari Rally winner. It came complete with helicopter soundtrack.

The Swede was staring down from a couple of hundred feet at the alarming sight of a three-wheeling Citroën with the boot open and Denis Giraudet hanging out of the right-rear. Thomas Rådström’s #20 Xsara WRC was still some distance from service in Suswa. The radio in the French firm’s mission control tent crackled into life.

Guy Fréquelin removed his trademark Aviators and rubbed his brow.

On the eve of his team’s first ever Safari Rally in 2002, the Frenchman had been quite clear on his approach.

We cannot win this rally. Our expectations? Zero Guy Fréquelin

“We are here for experience,” he told me. “We cannot win this rally. Our expectations?

Then Rådström had rather spoiled that by going second fastest on the first section in Kedong, raising expectations which looked to be dashed before Friday was done.

The irony of Citroën’s first ever African outing was that it turned out to be entirely unnecessary in terms of experience – the event never formed part of a Citroën season again.

Running a part-program in 2002, the Versailles team didn’t need to compete on the Safari. But technical director Jean-Claude Vaucard knew this place of old though. His thinking was simple: “If you’re ready for Africa, you’re ready for anywhere.”

Four years later, when the Xsara WRC bowed out of the world championship it had won 55% of the events it had started. Vaucard might have been onto something.

Rådström recovered from losing a wheel early on and a consistent pace through the weekend allied to a series of retirements helped haul him back up to what had looked like an unlikely podium. He was third. Two places ahead of a frustrated Sébastien Loeb.

The Achilles heel Africa unearthed on the Xsara WRC was the suspension. The dampers simply weren’t up to the sustained and constant pounding the Safari puts them through.

With just the 50-mile section from Seyabei to Kerrerie remaining Markko Märtin was 1m18s ahead. Loeb fancied turning fifth to fourth and pushed hard. At the mid-section, he was on target to pass the Estonian’s factory Focus RS WRC, only for the pace to slide away towards the finish.

“The dampers,” he said. “Again, the dampers. I push and make some time and when I am ready to push some more, then I know I can’t because we will lose them.

“What can we do? It’s frustrating. I think we lost 18 minutes because of this problem – without that, maybe we can be second.”

Aviators back in place, Fréquelin smiled. Two top-five places for his two cars was a strong result on an event the team had come to with some trepidation.

More pertinently, he admitted that the Xsara WRC was really starting to show some pace on the gravel – something he saw as vital for attracting talent to the drivers’ seat for the following season.

How did that go?

Citroën started 2003 with Colin McRae, Carlos Sainz and an Alsatian who would win nine of the next 10 drivers’ championships.

The Safari Rally, a hero-maker of a WRC round. 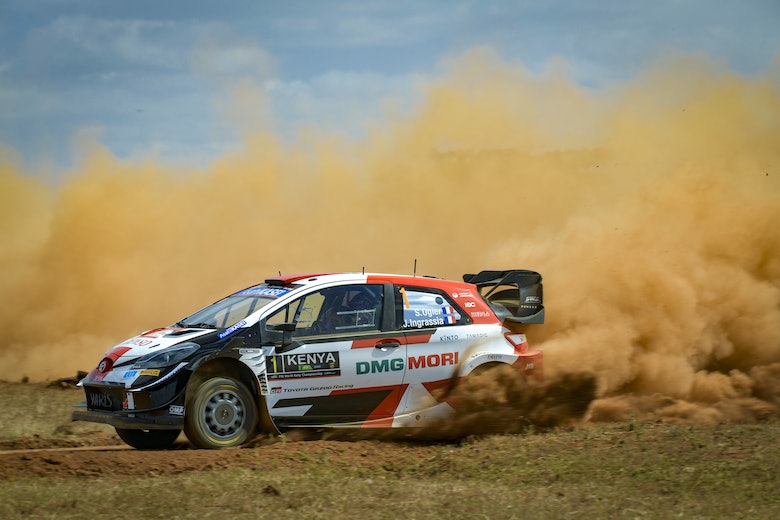 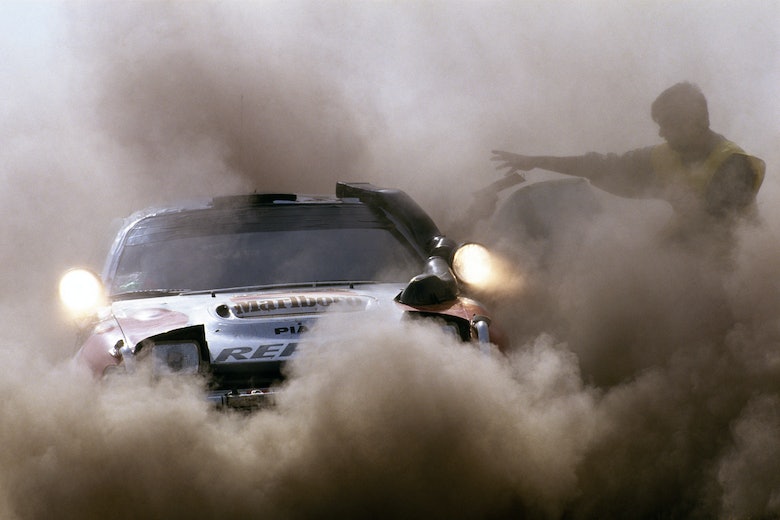 The story behind the Safari image that shows “1000 things” 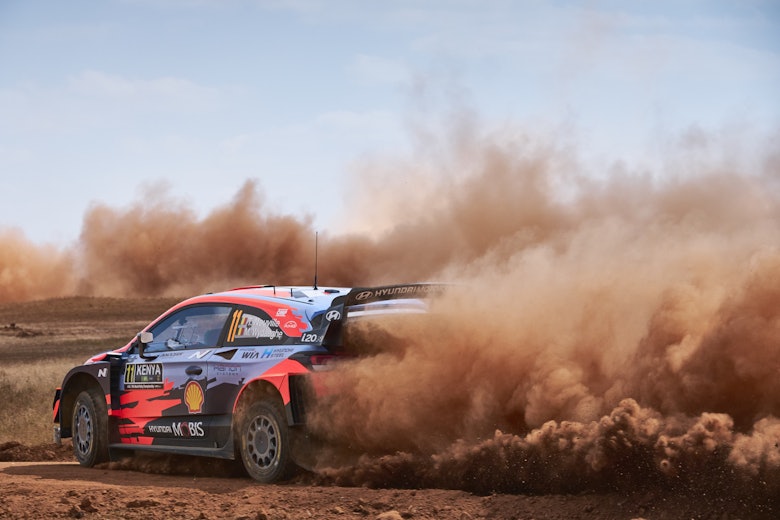 Ogier into third in the wet as Tänak stops, Neuville leads