Sébastien Ogier has received a one-minute time penalty and an €800 [$928] fine for not having his helmet strap correctly fastened on SS12 of Rally Finland.

It is a repeat of the offense he and Dani Sordo’s and Thierry Neuville’s respective co-drivers Carlos del Barrio and Martijn Wydaeghe committed on the Monte Carlo Rally in January, when all three each completed a stage with the chinstrap of their helmets insecurely fastened.

As it is Ogier’s second breach, the usual sanction of €400 has been doubled.

The one-minute time penalty has no effect on Ogier’s fifth position overall as he had a healthy enough gap back to M-Sport’s Gus Greensmith.

Ogier, co-driver Julien Ingrassia and Toyota sporting director Kaj Lindström were summoned by the Rally Finland stewards after the clerk of the course received photo and video evidence of Ogier’s unsafe helmet strap.

According to the stewards’ document, Ogier stated “he had no reason to explain why the strap would have come undone during SS12. There was no rush to fasten the helmet at the stage start and it was unlike the incident in [the] Monte Carlo Rally 2021, where he simply forgot to fasten the helmet strap.”

The evidence showed that the strap was “not fastened correctly and it being loose throughout the stage”, with the strap slotted between the two D-rings and not looped around, but Ogier believed that there was “no way he would only half fasten the helmet, it was either done properly or not at all”. 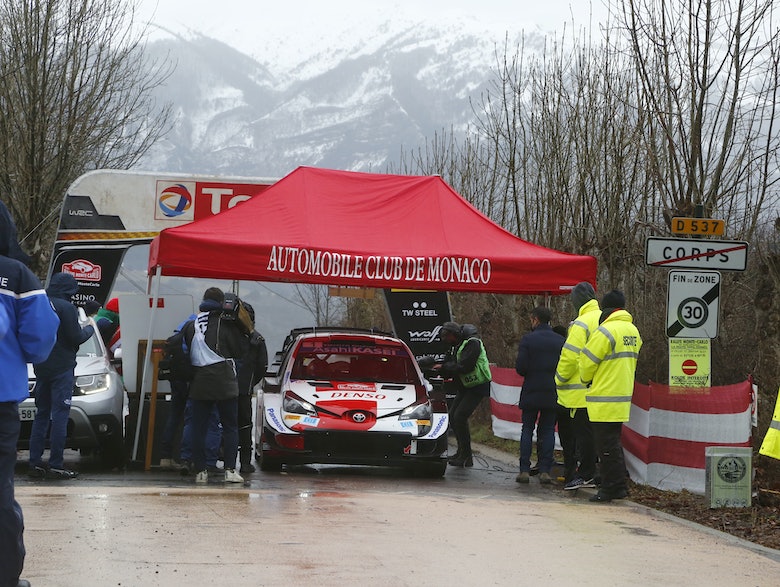 Uncovering the mystery of the Monte helmet strap fines

The stewards “understand that no competitor would deliberately contest a special stage without their helmet secured properly” but added that “competitors must recognize that if their protective equipment is not secure or not worn correctly on a special stage they must stop and correct it before continuing”.

This is the third penalty Ogier has received from stewards throughout the 2021 WRC season. As well as his first helmet-strap offense, he was fined €7000 and handed a suspended ban for a road-traffic incident on Sunday morning in Croatia.

Ogier is not the only driver to have been penalized throughout the Finland weekend. Ott Tänak received a €5000 fine for driving at “excessive speed” on a public road on Wednesday.

Evans vs Tänak: Who will win Rally Finland?