Sébastien Ogier says he is not worried by Kalle Rovanperä’s stunning stage time to close out Saturday on the Monte Carlo Rally, but did accept his team-mate had got closer than he expected.

Ogier has led the 2023 World Rally Championship season opener since the very first stage and has looked in command of the event throughout.

But an inspired run through the darkness of Saturday’s final stage from reigning world champion Rovanperä has cast some doubt over Ogier’s authority on the contest.

Rovanperä was a dominant 6.7 seconds faster than Thierry Neuville and 9.8s up on Ogier over the 13.5 miles, slashing Ogier’s lead from 25.8s to just 16s.

But the eight-time Monte Carlo winner says these inroads from Rovanperä are “nothing really to start to worry about.”

Ogier told DirtFish: “Today was a different day and it was a day where taking risks was rewarding because there was a lot of cuts and being in my position, I lost too many wins recently with punctures that I didn’t want to lose that one and I accepted to lose time and that’s OK.

“Maybe the target was to be around 20, now it’s 16 seconds. It’s nothing really to start to worry about.

“Tomorrow it’s about finishing the job. [There are] no cuts anymore [on the stages] so I will just have to drive well tomorrow.”

Rovanperä has talked down his chances of victory too, despite his late surge. 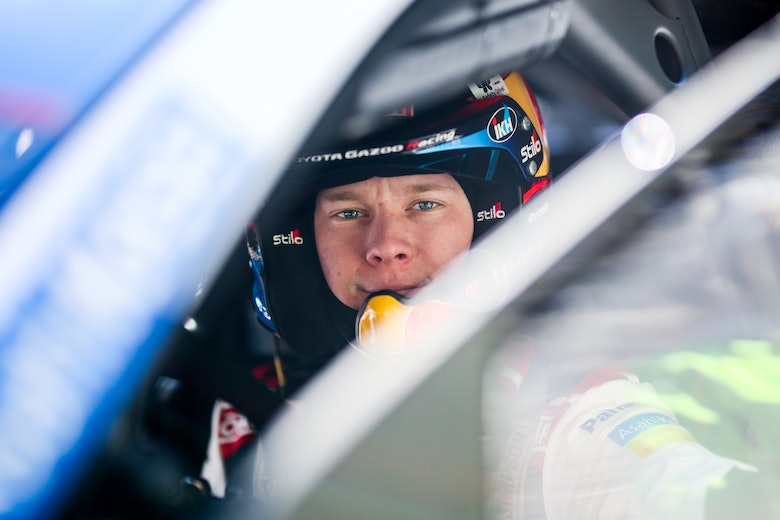 ROVANPERÄ SHOULD BACK HIMSELF TO FIGHT OGIER

Asked by DirtFish if overturning a 16s deficit was doable, he said: “I don’t think so no.

“Séb knows tomorrow’s stages much better than I do and they’re also quite clear stages without cuts or any risks so I think he will push like normal.

“The pace is then so high that there is not an easy chance to make the gap.”

Rovanperä is sandwiched evenly between rally leader Ogier and third-placed Neuville, with Neuville tucked in 16s behind the world champion.

Rovanperä sounds more concerned about protecting his second place than pushing for first.

“No I’m not,” he said when asked if he’s confident Neuville can’t catch him.

“It’s still quite a long loop so you need to manage the tires and everything,” Rovanperä added.

“Tomorrow is quite hard for the tires, so yeah we just need to drive fast and hopefully at least keep this position and see what happens.”