In the blink of an eye, the focus has changed.

We didn’t really know where to look. Was the battle for second between Kalle Rovanperä and Thierry Neuville worth our attention, or instead was it Elfyn Evans’ quest to catch Neuville?

Turns out it was neither.

Sébastien Ogier might not be home and dry quite yet, and I hope with all my heart that Rovanperä is ready and willing to exploit the chance he has carved for himself tomorrow.

Ever since the Monte Carlo Rally began two evenings ago, it’s felt like Ogier’s rally to lose.

A quite remarkable run of five consecutive stage wins to open the World Rally Championship season secured, Ogier soon reached for cruise control as he looked to do all he could to avoid the punctured Pirelli that cost him the win he cares about more than any other 12 months ago.

The sight of his team-mate Evans tumbling down the order with his own flat tire on Friday morning no doubt sharpened Ogier’s awareness that, already, this was his win to give up.

He only clocked one fastest time on Saturday, but in truth that was all he needed to. Before the day’s final stage under the cover of darkness, I heaped praise on Ogier on our all-new coverage platform DirtFish Live Center, pointing out that the lack of headline-grabbing results today shouldn’t distract from the quality of his overall performance. 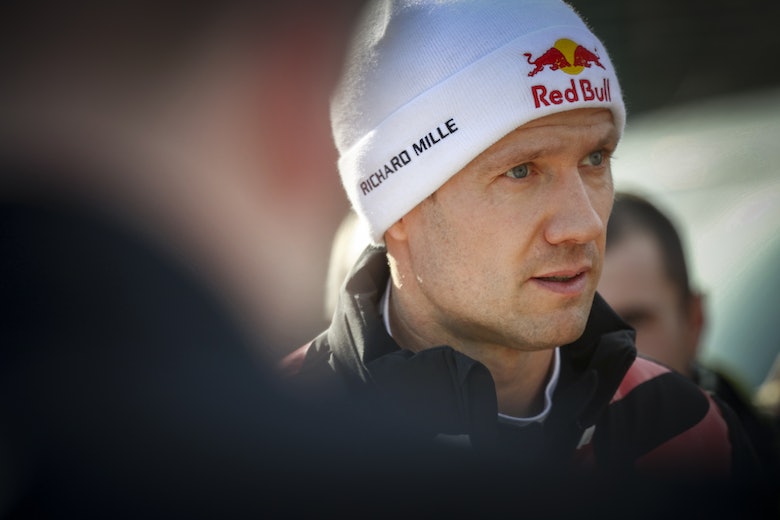 Ogier not worried by Rovanperä's charge

“This is Ogier in trademark Ogier mode,” I said.

“Build a big lead by Friday, protect it on Saturday, convert on Sunday. Just because he’s not setting the timing sheets on fire anymore, don’t let that detract from the majesty of this drive so far. Different gravy.”

And I stand by that tonight. Ogier has reinstated to us all that he is the boss of Monte Carlo, and probably still of the WRC. He may be a part-time driver nowadays and therefore unable to win the championship, but that doesn’t mean he’s no longer of a champion’s quality.

He’s the benchmark that they all must measure up against and beat – and doing that is difficult when Ogier’s in the mood he has been this weekend.

But there’s a reason Rovanperä now wears the target upon his back.

Few drivers possess that special ability to make seasoned rally fans stand up in awe and feel that excitement in the pit of their stomach through a single stage performance. Colin McRae was a master of it, but for this generation Rovanperä is the king.

What he did on the final run from Ubraye to Entreveux in the pitch-black tonight was just sensational. He single-handedly transformed what was looking like a dead rubber of a Sunday into a thriller all in just 13.5 miles of magical driving.

Did Ogier do the right thing? Considering his circumstances – and his lack of faith in the strength of Pirelli’s tires – yes, he did. He knows better than anybody how to manage a situation, and he’d done his sums.

Pushing just was not worth it on SS14, not when the reward was so heavily outweighed by the risk. He therefore backed off accordingly. But what Ogier perhaps hadn’t factored into his equation was just how on-form Rovanperä was going to be.

Throughout his time as a WRC title contender, Ogier never had to worry about Rovanperä. Only twice did they both start seasons in equal machinery, and they were Rovanperä’s first at the WRC’s top level. 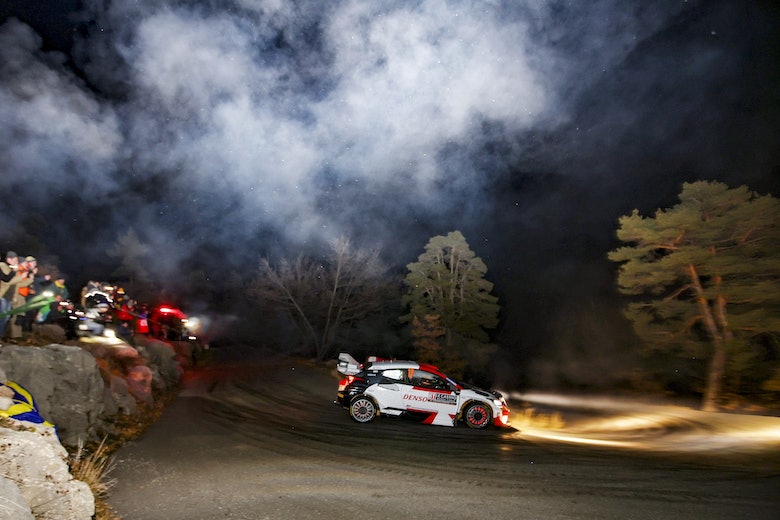 What Rovanperä can do to a rival is different to a Neuville or even an Ott Tänak where the counter-attack is expected. With Rovanperä, it always seems to come from absolutely nowhere.

Pulling up to the end of the final stage and learning the news, Ogier played it cool. The obvious question to ask was whether the 16s Rovanperä had managed to whittle his lead down to (from 25.8s) was enough, and the smile soon came.

“I think so, yes,” Ogier responded.

But was he composed a few minutes later after leaving the stop-line and having had time to collect his thoughts? Only he and co-driver Vincent Landais know the real answer, and it’ll likely always stay that way.

I have to assume that he wasn’t. How could he be? Ogier isn’t daft, he’ll have expected to lose time to Rovanperä on that stage – but as much as 9.8s? I don’t believe he could have seen that coming. After all, even in safe mode Ogier only dropped 3.1s to Neuville who was hardly cruising having won the previous two stages.

Ogier’s right though. For all the hype behind Rovanperä’s final stage push, this one is still Ogier’s rally to lose. Only now, it’s also Rovanperä’s rally to win.

The reigning champion finds himself in a tricky situation tonight as there’s two clear ways to look at it. He can either play it safe, consider second overall (and knowing Rovanperä, likely a powerstage win) as a very good start to his title defense – particularly considering all his title rivals are in the rear-view mirror – or he can assert his dominance, shoot for a famous Monte win and send the world a statement while, in turn, increasing his net championship lead after round one.

I’m slightly worried he’ll opt for the former, but I really, really hope he goes for the latter. I really believe he’s got it in him to keep Ogier worried at the very least, and after all you never know how important any extra championship points could be later in the year.

One thing’s for sure though, Rovanperä has full license to go for it – Jari-Matti Latvala will not impose any team orders. It all comes down to him and his feeling in the first few corners: does he listen to the angel on his shoulder or the devil?

In the blink of an eye, his focus will change. Tomorrow we will find out how.