For the first time this World Rally Championship season, Sébastien Ogier and Sébastien Loeb’s part-time programs will not collide as Ogier won’t take on next month’s Acropolis Rally Greece.

As revealed by DirtFish on Saturday, Loeb will pilot an M-Sport Ford Puma Rally1 on an event he has won three times in the past, but the publication of the entry list on Wednesday unveiled that Esapekka Lappi will also be in action for Toyota – rendering Ogier absent.

A total of 13 top-class machines will tackle the Greek stages, with M-Sport fielding almost half of them as six Pumas will take the start.

As well as Loeb and team regulars Craig Breen, Adrien Fourmaux and Gus Greensmith, Pierre-Louis Loubet will continue his eight-round campaign while local driver Jourdan Serderidis will take on his second WRC event of the season following an appearance on Safari Rally Kenya.

Toyota will field Rovanperä and Elfyn Evans and Lappi in its works team for the fifth consecutive rally, while Takamoto Katsuta will compete for the Next Generation team.

Hyundai’s Thierry Neuville and Ott Tänak will be joined by Dani Sordo who’ll make his first WRC start since Rally Italy three months before the Acropolis.

In WRC2 title contenders Andreas Mikkelsen and Yohan Rossel will both compete, as will Teemu Suninen – out for revenge after his disqualification from Rally Finland – while the Junior WRC season will conclude in Greece with Jon Armstrong, Robert Virves, Lauri Joona and defending champion Sami Pajari all in with a strong shout of the title.

Acropolis Rally Greece is round 10 of the 2022 WRC season and is expected to be the final round of Loeb’s season, but Ogier is tipped to make further appearances later in the year.

At the beginning of the campaign Ogier indicated he would like to do around four or five rallies this season.

But Toyota team principal Jari-Matti Latvala told DirtFish that the eight-time champion “wants to do” the season finale in Rally Japan, while the identity over who’ll drive the third Toyota on Rally New Zealand is “also a bit open”. 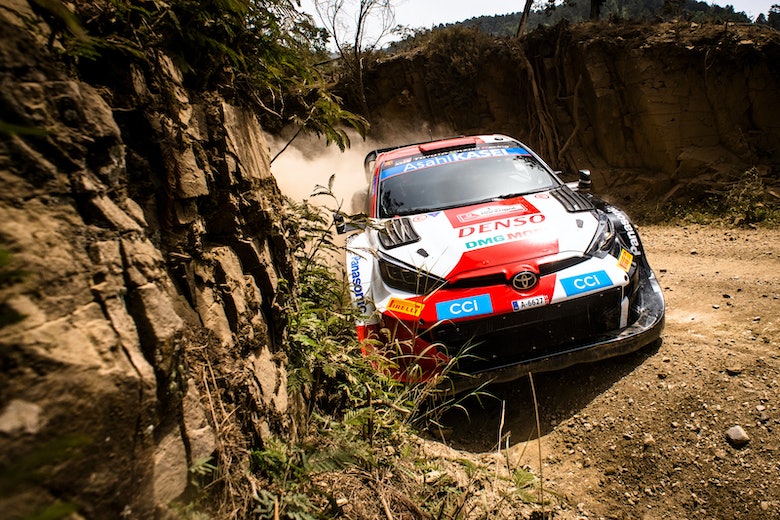 Hyundai has to be “cautious” after Finland win