Hayden Paddon is confident he still has the ability and pace to fight at the front of the World Rally Championship, despite having not appeared in the top class for nearly two years.

Paddon was axed from Hyundai’s WRC line-up when Andrea Adamo succeeded Michel Nandan as team principal in 2019, and since then has competed regularly in a variety of machinery back home in New Zealand.

The 2016 Rally Argentina winner remains sanguine about his WRC aspirations, telling DirtFish that he has never stopped believing in what he can do.

“[For] most of my career I’d always been reasonably consistent and stayed out of trouble and then unfortunately in the last two or three years we had one or two high-profile incidents if you like in terms of driving,” he said.

“And people tend to focus on that stuff rather than the good things.

“When you actually factor it in and the average of driving errors I had in those last couple of years, it was still much the same as any driver.

“In 2018 we had the first one in Portugal and then after that we relatively stayed out of trouble and drove at 90-95% to do our job which was to bring in points for the team and not be on the edge.” 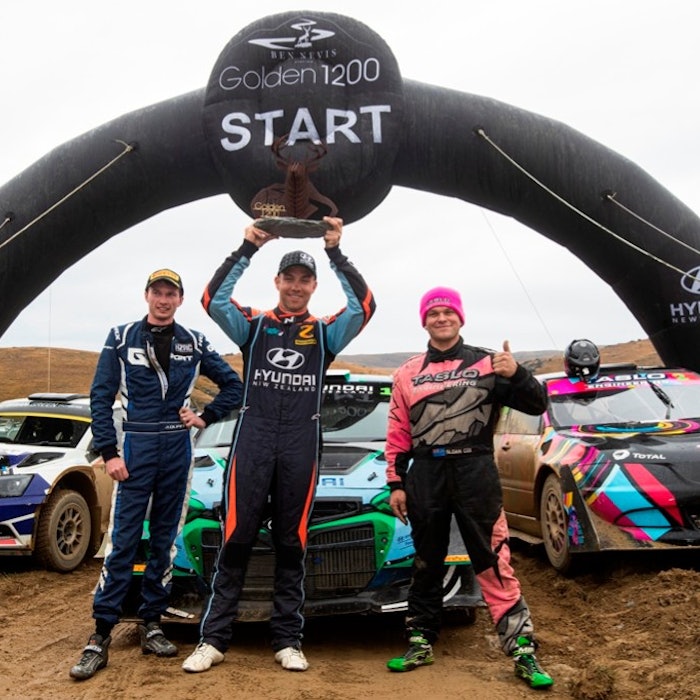 PADDON WINS FIRST RUNNING OF HIS OWN NEW ZEALAND HILLCLIMB

Paddon’s first – and so far only – WRC win strengthened his place in Hyundai’s long-term plans in 2016, but his debut in the next generation of World Rally Cars the year after began with tragedy and he racked up more retirements and less podiums than the previous season.

For 2018 his program was reduced, but frequent top-five finishes meant he nearly matched his 2017 points haul.

While Paddon acknowledges he isn’t quite the finished article in being able to immediately fight for the title, he believes he could continue to challenge the series’ top drivers on certain rallies.

“There’s no doubt about it that between Seb [Ogier], Thierry [Neuville] and Ott [Tänak], they are the class of the field,” he added.

“But I always felt that maybe not over a championship, but certainly over rallies we could challenge them, and then the other drivers I felt like we were competitive amongst all of them.

“So that’s the only reason why I guess I’ve never given up [returning] since I’ve always believed in myself. I’m a pretty competitive person and if I know I’m not good enough I’ll swallow my pride and accept it and move on.

“But even now, I know we can be more competitive than some drivers that are there, just things didn’t really stack in our favor.”

Paddon’s WRC chances appear to hinge on reinvigorated interest from manufacturers after his latest bid – understood to have totaled around $1.5million in budget – was curtailed.

Instead, he is opting to focus on things “that I can control” like his Hyundai Kona EV project while also keeping one eye on developments in the WRC.

“I think nowadays a lot of it’s out of my control,” he said.

“WRC is never going to be out of my head because that’s what I grew up as a kid from, dreaming about, aspiring to be and it’s always going to be a part of me.

“We’re always trying to be proactive with everything we’re doing here and I guess it’s the same, even with the WRC return. Between Finland and Australia [last year] and even what we were trying to do this year you know, unlike maybe some other drivers we don’t go home, sit around and wait for the phone to ring.”

Paddon was due to contest last year’s Rally Finland with M-Sport in one of its World Rally Cars before a major testing crash, and then had Rally Australia lined up before it was canceled due to bushfires.

“We never had to [try and come back] but we did it because we believe in what we’re doing, we’re passionate about it and now that we’ve given it three serious attempts, there’s a point where we’ve got to be realistic and go ‘alright, let’s not keep putting money down an empty hole in the meantime.’

“We’ve got some good stuff going here in New Zealand, we’re really busy, we’ve got a great team and I still believe in our direction. Whether we like it or not going forward the sport has to change direction so we’ve got an opportunity here now in New Zealand to try and help lead the way a little bit and ultimately help the sport.

“We need to all get together globally to make sure the sport still grows and go from strength to strength.”