Thierry Neuville says the “only satisfaction” he can take from last week’s Rally Italy is the five bonus points he managed to claim on the powerstage.

Rally Italy was another difficult weekend for Hyundai. Ott Tänak led through to Saturday lunchtime before running over a rock, causing something in his suspension to break. Dani Sordo then moved up to second, but rolled his i20 after running marginally wide and clobbering a culvert.

Neuville was less obviously in the wars, but he struggled to recapture the good feeling he had found in Portugal throughout the Sardinia weekend. 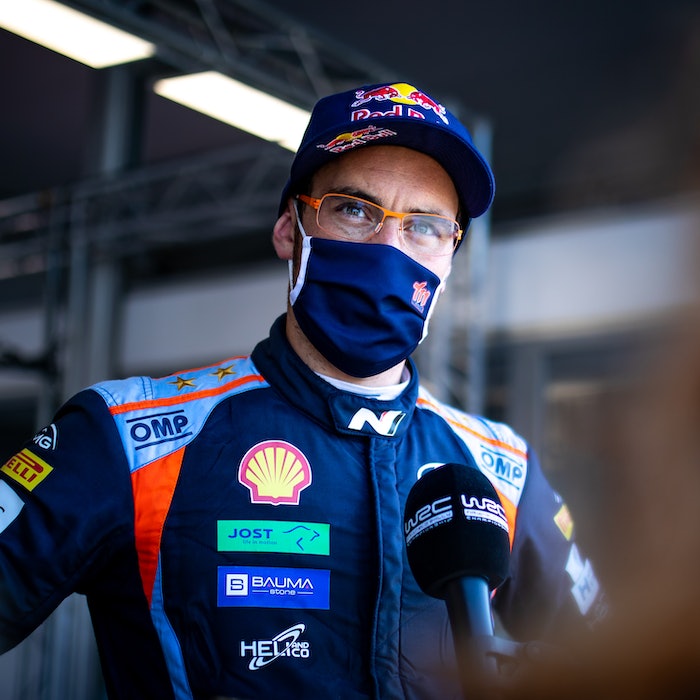 The only satisfaction I have from the weekend is the five points from the powerstage. For all the rest there has been a struggle Thierry Neuville

So while he grabbed another podium – his fourth third-place finish from five starts in 2021 – and was the second-highest points scorer in Sardinia, he was over a minute adrift of winner Sébastien Ogier despite a better road position on Friday, and unable to fight with Elfyn Evans on Saturday for what eventually became second place.

When it was put to him that he had salvaged good points from a difficult weekend, Neuville told DirtFish: “You summarize it perfectly.

“The only satisfaction I have from the weekend is the five points from the powerstage to be honest. For all the rest there has been a struggle throughout the whole weekend.

“The first day I myself didn’t feel it and I was just too slow. But after I felt like it was getting better and better but we never really found that little difference that makes you go really fast or just fast.

“And that’s what [we] missed all weekend to really be able to fight with Sébastien or Elfyn.”

Neuville won three of the 20 stages – including the powerstage – in Italy but spent the majority of the opening leg feeling like he “couldn’t attack” the stages, which left him with “quite a lot of things we have to sort”.

Two punctures didn’t help his charge, but overall Neuville knew something was missing from his package as he was hesitating in some places instead of pushing to his maximum.

At the end of SS10, the second stage on Saturday, Neuville revealed that he decided to use a damper that the team had developed for Safari Rally Kenya later this month. 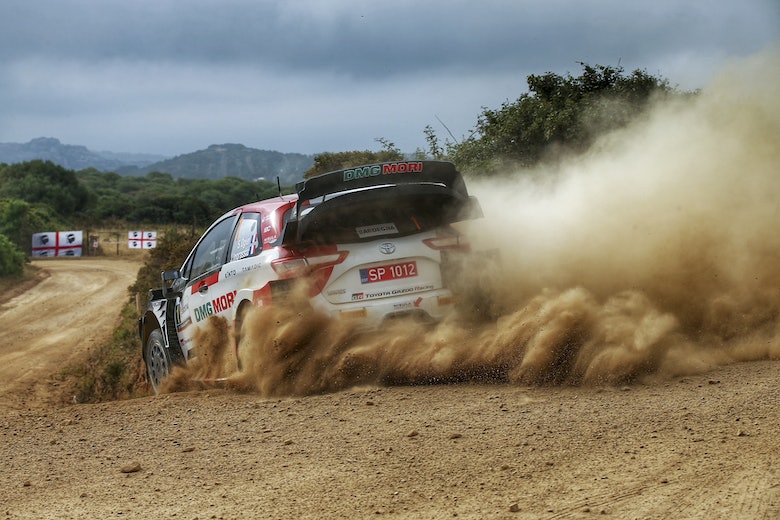 How Ogier and Toyota did the impossible

“I thought it was going to work,” he said, “but I am not sure if we are going the right way.”

Explaining his pace issues further on Saturday, Neuville said “the feeling in some of the stages isn’t bad but I just feel like we’re missing a bit of traction”.

“The diffs maybe are not perfect as well,” he added, “but yeah, we have linking with this until the end of this rally so there are a few things which don’t make it so comfortable and maybe just make me lose a few tenths here and there and at the end of the stage it’s too much.”

Neuville later admitted that the call to use the Kenya-spec dampers was “not the best” when asked how he could rediscover his feeling from Portugal on the Safari.

“Safari’s going to be different than here [Italy] as Portugal was,” he said.

“We have some ideas, obviously on the set-up I have taken with my guys [it was] maybe not the best decision before coming here.

“I was stuck with the same diffs as in Portugal as well, that made it difficult because it’s not the only reason probably but for Safari we have a new batch of diffs. We should be more competitive over there.

“I want to thank the team because before Portugal they only had one and a half days to repair the car [after his crash],” Neuville added.

“I am sorry I couldn’t deliver this weekend, but at least we are going home with a podium for the team. Better times will come.”

How Ogier and Toyota did the impossible