The race to become FIA president has taken what could be a decisive turn, with British motorsport supremo David Richards backing Mohammed Ben Sulayem rather than countryman Graham Stoker.

As well as being the chairman of British motorsport’s governing body, Richards is the man credited with revolutionizing the World Rally Championship during his tenure as commercial rights holder and guiding Subaru to six world championship titles in nine years. His voice remains one of the WRC’s most authoritative.

Richards feels the time has come for a change of leadership in the FIA. Stoker has worked as Jean Todt’s deputy president for sport since 2009, but Richards was unconvinced by his manifesto.

Richards outlined the reason supporting Ben Sulayem: “We feel the team for Mohammed Ben Sulayem, they haven’t got all the answers and they’d be the first to accept that. But they do accept there is a need for change.

“We feel, in these turbulent times, and what’s going on ahead of us, that’s what’s required. We can’t accept: ‘Just trust us, it’ll be business as usual, it’ll all be fine…’ I honestly don’t think this is right in this day and age.

“So our vote is going to Mohammed Ben Sulayem’s team.”

RAC Club chairman Ben Cussons added: “There are two strands of the FIA: sport and mobility. From the mobility perspective, it’s the level of detail they’ve gone into in preparing their manifesto. They’ve really taken a look forward into where the FIA should be and could be in the next few years.

“They’ve not come up with a manifesto that’s revolutionary, it’s evolutionary – but it’s respecting good governance in governing bodies, which we’ve seen from some other [governing bodies] has been under scrutiny in recent years.

“They’re really put a lot of effort into it. They’re very much looking to serve all members of the FIA not just a few. Like Motorsport UK, the RAC’s vote will be for Mohammed Ben Sulayem.”

Both Ben Sulayem and Stoker were invited to the RAC Club in London to present to board members earlier this year.

Motorsport UK publicized a video of Ben Sulayem’s presentation on its website, but was prevented from doing the same by Stoker.

Richards explained: “We felt, as a board representing our members, that the process was a little bit closed. It was treated as a decision among friends if you like, an election among a small body of people. We don’t believe that’s the way sports federations should behave these days. 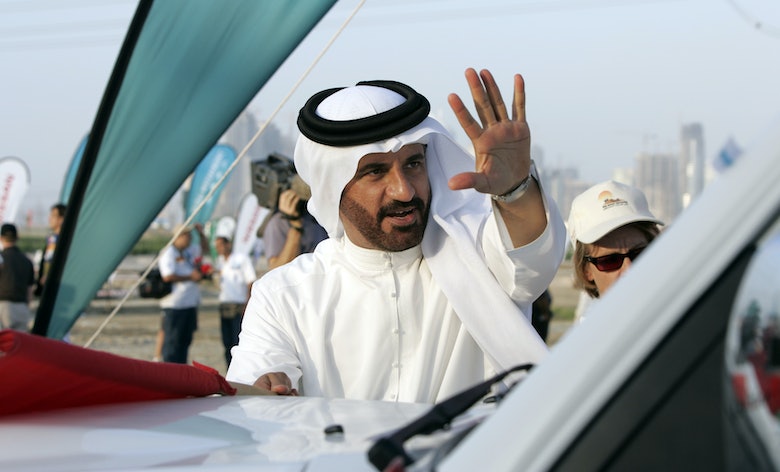 “We’ve seen what’s gone on in other federations around the world and we want to be different, we want to ensure our members have a say, they have a voice. This was important to us. We explained to our council and our members how we were going about this [with the two presentations].

“We had the discussions, they were very frank and open and we learned a lot from it.

“Unfortunately, Graham Stoker’s team decided that they did not want that video shared with our members, subsequently. This was somewhat confusing and a big surprise to us to receive that [news]. On our website, you will see the other team’s video is shown in its entirety.

“We’ve left our board and our members in somewhat confusion [regarding] the state we’re in at the moment. It certainly doesn’t sit well with us that we can’t share this information and share the video with people.”

Stoker had a different view of the meeting. He told DirtFish: “In terms of the video, we were told that it was a private meeting being filmed for board members who were unable to attend.

“We always said we were happy for it to be shared with those members and to say otherwise is false. We have been completely transparent about our policies and plans for change throughout and you only need to visit our website to see that.”

Stoker also downplayed the loss of the British vote, adding: “The FIA is a democratic organization and every member is entitled to their choice.

“I have received a huge amount of support for my campaign from FIA members across the world – from Europe, Asia, the Americas, the Middle East and Africa. I’m also honored by all the support I’ve received from the overwhelming majority of the British motorsport industry.

“They can be assured that, if elected, I will be a president for all, bringing in new policies and ideas to help motorsport develop at every level across the world.”

The vote to decide who will follow Todt as FIA president will be held in two weeks in Paris on Friday December 17.

Who can still win the first ever Nitro RX season?