The latest officially licensed World Rally Championship game, WRC 9, is launching today and offers fans the chance to experience the originally intended 2020 WRC season prior to its coronavirus-induced decimation.

WRC 9 features the 13-round WRC calendar that we started 2020 with, including the returning events in New Zealand, Kenya, and Japan – all of which will now have to wait until at least 2021 to join the real-world schedule.

Therefore, it was always going to be tough for WRC 9 to match the significant step made by its predecessor outside of adding the three new rallies.

Fortunately, WRC 9 debuts a breathtakingly enjoyable handling model that translates the fluidity of latest-generation rally beasts far better than any of the previous installments.

Whether you’re playing on a controller or with a steering wheel and pedals, the experience behind the virtual wheel is one of immense pleasure and you can really develop an understanding of how the car behaves over every rock and through each sweeping corner.

This is aided by the modeling of the stages, which reflect the unique personalities of each of the 13 rallies. Whether its snowy Sweden or rock-strewn Argentina, the driving experience feels alive and stacks up well to Codemasters’ DiRT Rally 2.0 – the obvious barometer in the virtual rally genre.

Although there are some noticeable improvements, the dated graphics and weak car audio – lacking in variety between the four Rally1 cars (the Citroën C3 WRC is thrown in as a bonus car) – still hamper the overall experience but shouldn’t be dealbreakers.

Career mode remains largely the same as last year which isn’t a bad thing, considering WRC 8’s overhaul added elements of car development and challenges that you can compete in outside of the WRC rallies.

These include taking to the wheel of one of nine classic WRC cars featured in the game. WRC 9 is hardly the market leader when it comes to classic cars, but it still adds an element of longevity to the career mode. They felt somewhat underdeveloped in WRC 8, but their handling is more refined in this year’s title.

You have the option of either starting your career mode in WRC3 or Junior WRC. The former is coupled with WRC2 in one combined drivers’ championship for all 20 drivers in R5 machinery – a sensible choice even if untrue to real life.

You’ll be given objectives that will determine your reputation with the manufacturers, although this system could benefit from some tweaking. After crashing out of our first rally in a Polo GTI R5 car, our reputation with Volkswagen increased simply because we had passed its objective of avoiding using the hard tire during the rally.

Customization in the game is also lacking with no option to design your helmet and overalls, or the ability to create your own team in a franchise that feels ready for such a game mode; something that the DiRT franchise has offered in several of its previous installments.

WRC 9 has taken a cue from DiRT Rally 2.0 in another area. Unsurprisingly, considering motorsport Esports’ rising prominence this year, the multiplayer elements of the game have been bolstered with a new ‘clubs’ game mode, where you can create championships for you and your friends to compete in.

There’s also a dedicated WRC Esports section where gamers can receive updates on, and qualify for, the official virtual championship which began in 2016 and will launch its latest season in 2021.

Split-screen remains and it will be joined by an unorthodox co-driver mode later in the year, where you’ll be tasked with acting as the co-driver for a friend, who will be solely relying on your pace notes for guidance through a stage.

There’s no release date for this game mode, but it’s likely to produce the perfect mix of hilarity and frustration between friends and family, just in time for Christmas. There are also free updates coming in October and November, which will add new stages to the rallies in Portugal and Finland.

An update that brings the required content for FIA Rally Star is set to arrive in December, featuring one of the new Rally3 cars which won’t make its real-world debut until next year.

These additions, along with the new Esports season starting in January, should extend the life of the game well beyond the end of the real-world season.

Codemasters will take over the WRC license from 2023 but considering the quality of the core driving experience of WRC 9, many will be hoping Kylotonn will carry on making rally games for a long time to come. 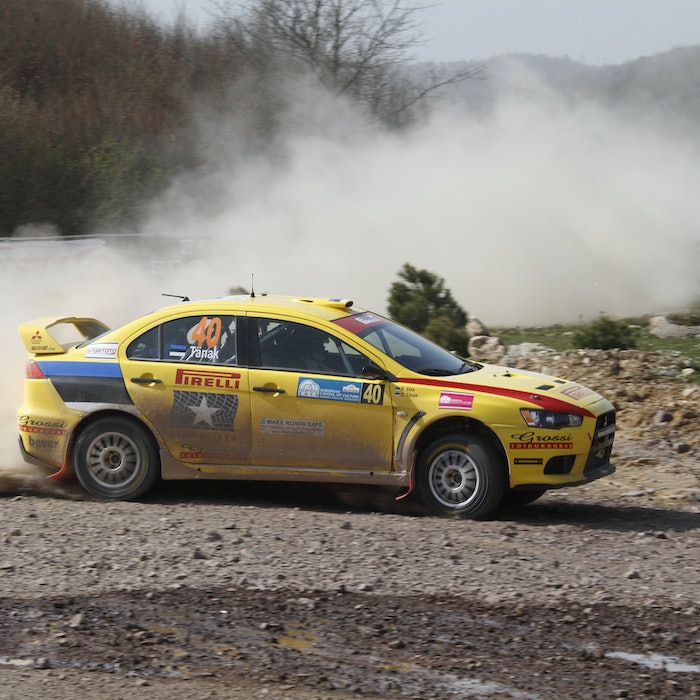 When Grönholm beat Loeb in New Zealand by 0.3 seconds