So much for all that stuff Kalle Rovanperä told us about being wary of the high-speed rallies like Sweden and Finland, and his first major success coming somewhere slow. And probably sunny.

So much for all that stuff he told DirtFish about taking time to understand how the aero works on his Toyota Yaris WRC. He seems to have a fairly good handle on it already.

So, with a Rally Sweden podium already in the bag, two rallies into his freshman World Rally Championship campaign, surely he can now look ahead to winning Rally Finland?

He’s still quick to point out though that, while his world still turns around Jyväskylä each summer, it remains a supremely specialist event that will take time to learn in the ultimate World Rally Car. 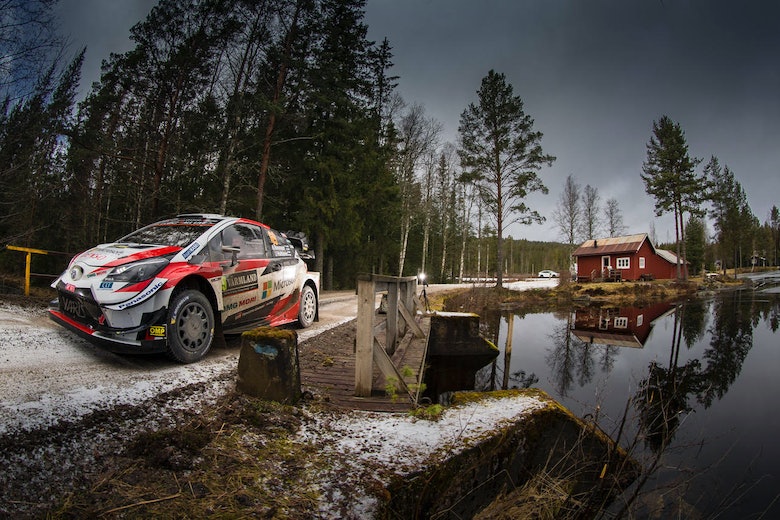 “I definitely gained a lot of confidence by doing so well in Rally Sweden,” 19-year-old Rovanperä said.

“I believe that Finnish drivers will be in good form in Jyväskylä this year and I hope that together we will be able to raise Finnish flags in the podium ceremonies of several different classes. A Finnish 1-2-3 in Rally Finland sounds pretty good to me.

“In recent years, the route has suited me really well – as do all these kinds of roads in general. Of course, this year the speeds will be different and it might take me a while to find my feet, but hopefully I can quickly get into a good rhythm.”

This year marks the 70th anniversary of Rally Finland and the importance of his nation’s biggest sporting event is not lost on the Toyota driver.

“The expectations are always high when we’re talking about Neste Rally Finland,” he continued. “Before I was able to compete myself, I attended every Neste Rally Finland in the 2000s as a spectator. It is especially fantastic to be able to take part in the 70th anniversary event at the wheel of a WRC machine.”

Finnish fans will also be in for a treat in this year’s Rally Finland event, which takes place on August 6-9, with more television coverage of their home WRC round than ever before. Yle will show all stages live on the Yle TV2 channel as well as the online, on-demand service Areena.

Tickets for the rally went on sale last week, with this year’s City Pass including access to the Harju street stage and the Laajavuori tests – with free transport on the Rally Finland routes around the city.

What to expect from the 2021 WRC calendar