Kalle Rovanperä topped an Acropolis Rally shakedown that closer resembled a Rally GB test than one of the Greek classic’s typical stages.

The Acropolis Rally has been absent from the World Rally Championship calendar since 2013 but has returned in place of the canceled Rally Chile this year.

Traditionally a hot, dusty and rough event, the 2021 iteration of the rally could be very different as unseasonal weather has muddied the surface of the roads and caused severe problems on the pre-event recce – described by Thierry Neuville as “awful”.

The weather is expected to improve for at least Friday’s first full day of competitive action, but the shakedown road was still covered in what M-Sport driver Gus Greensmith called “clunky” mud.

“Like you see it looks more like Wales here, but we don’t have Rally GB in the calendar anymore,” joked seven-time world champion Sébastien Ogier after his first run.

Ogier’s Toyota team-mate Rovanperä was undeterred by the challenge though, setting a time some six seconds quicker than anybody else on the first pass – a time so blistering that even he couldn’t beat it on his succeeding two runs.

“The condition is really muddy and tricky so it’s quite different to what we were expecting,” said Rovanperä.

“[The] podium is always a good target so let’s see what we can do.”

Dani Sordo completed a Hyundai 2-3-4 in preparation for his first event alongside new co-driver Cándido Carrera. His i20 Coupe WRC did however suffer a “small issue” on the first shakedown run, but that looked to be resolved thereafter as he chopped 3.6s off his initial effort.

Elfyn Evans was fifth quickest, aware that he needs “to have a good weekend, we need to try our best” given his fading title aspirations.

Although he was six seconds slower than his pace-setting team-mate, Evans did pip Ogier by 0.4s. 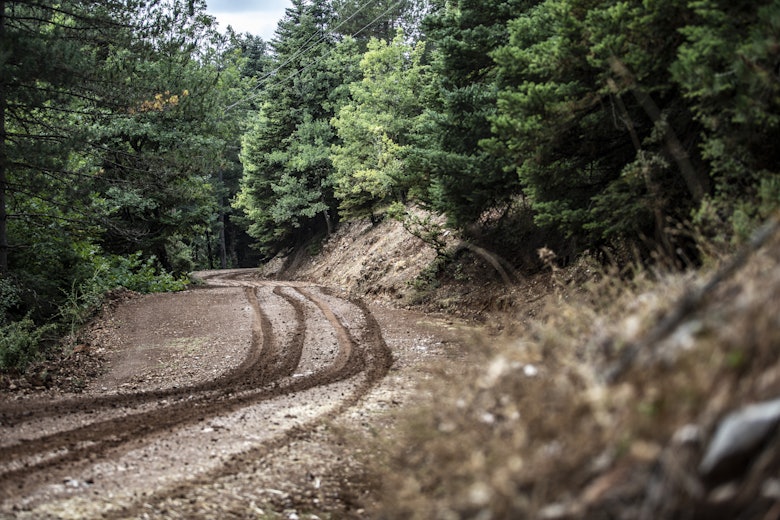 The "buffet" of set-ups required to master the Acropolis

Greensmith was the fastest M-Sport Ford runner in seventh, 0.4s quicker than Adrien Fourmaux, and surprised at the level of grip available in the torrid weather.

“Shakedown was quite an enjoyable stage,” he said. “[There was] a bit more grip than I expected there to be even on the hard tires.”

Pierre-Louis Loubet was another to find the conditions a bit better than expected, saying: “I was thinking it was [going to be] worse.”

He set the ninth-fastest time in his 2C Competition Hyundai, 2.1s shy of Fourmaux and 10.3s off Rovanperä’s pace.

After two passes, Mads Østberg set the Rally2 pace ahead of Oliver Solberg, who is debuting Hyundai’s i20 N Rally2 on gravel in the WRC.

Nikolay Gryazin is learning a Ford Fiesta Rally2 but was frustrated to have stalled on his first shakedown attempt.

While he wished to find more pace, he said he felt “quite calm in the car” and that “it doesn’t feel too scary, it’s nice to drive”.