On Wednesday I wrote a column arguing that the qualifying stage should be reintroduced to the World Rally Championship.

While not the most contentious in terms of road position, this weekend’s Ypres Rally felt like an appropriate time to revisit the topic as it’s an event that usually runs with a qualifying stage in its itinerary.

I believe that the qualifying stage would simply enhance the competition, adding a bit of extra spice to the early phases of the rally while also not hindering the championship leader too much on gravel rallies.

Given how closely matched the front-running drivers are now in the WRC, I firmly believe that adding an additional tactical element to the weekend would only serve to improve the spectacle further.

You can read my thoughts in full below, but perhaps more importantly, what do the drivers think of the format? Would it work, or is it an idea that’s better left in the past? 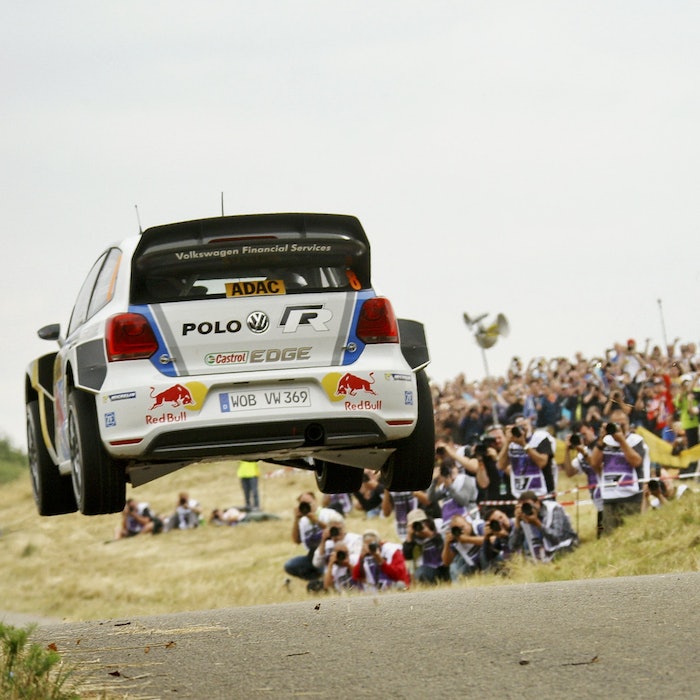 SHOULD THE WRC QUALIFYING STAGE BE REINTRODUCED?

DirtFish asked all the major players ahead of the Ypres Rally, and here’s what they had to say:

Neuville competed on every single qualifying stage ever included in the WRC from 2012-13 as the introduction of the format coincided with the beginning of his top-level career.

He is a fan of the concept and would like to see it return.

“I have always been the one who was pushing for qualifying stage because I just love the fact that you add something to the event itself already on Thursday, because shakedown now’s pretty much boring for spectators to watch and some of the shakedowns we need to save tires and just need to cruise around,” he said.

“And even if we go fast, I mean there’s no real need and we just try to get the feeling basically on shakedown. When we had the qualifying stage, I remember being sometimes really quick but also sometimes not quick enough, just like a few tenths and I ended up fifth, and then obviously the choice of the road position wasn’t easy but still with a bad qualifying I have been lucky with the weather and able to make a good event.

Like Neuville, Tänak also has tangible experience of the qualifying stage having contested the full 2012 season. And as a regular title contender and one of the fastest drivers in the WRC, he’d likely be one to benefit most from the format returning.

“It’s always a bit so-and-so but it was a long time ago, it was actually quite exciting when we had qualifying stage,” Tänak said.

“It was basically another powerstage just before the rally so was pretty interesting, but I think it’s been always something we’ve been trying to have but again from the other side, I mean it depends from which side you are looking.”

That is likely a reference to some other competitors, like his part-time team-mates Dani Sordo and Craig Breen, who benefit greatly on certain events with a cleaner road on Fridays that they might not otherwise be capable of earning with a qualifying stage.

Breen has never done a qualifying stage in the WRC, but as a regular in the European Rally Championship in recent years, he is more than aware of how it works.

“There’s definitely arguments for and against it,” he said.

“I’ve seen now we’ve been doing a couple of the European championship rallies and honestly it doesn’t seem to work so well there,” he added, in reference to a situation that occurred on Rally Liepāja where he qualified outside the top 15, couldn’t select his road position and therefore got a cleaner road than the fastest driver who selected 15th.

“There’s some, let’s say, holes in the rules that can be conceived a bit differently.

“The championship leader will definitely be primed for it but you know then people coming in to do one-off events or even if a privateer comes along and wants to do a rally will ultimately run first on the road all weekend and it was not really very enjoyable to someone like that.

Evans has minimal experience of the format, with 2013 Rally Italy being the only time he has faced a qualifying stage in a World Rally Car.

However, the Toyota driver reckons the reintroduction of the format would be of benefit to not just him as a title challenger but the WRC as a whole.

“For some rounds of the championship the way we do it now is OK but of course you come to some dry gravel rallies and you really wish there was some sort of qualification system to at least not start in the top two,” he said.

“I think we probably have a greater depth in the championship than we’ve ever had before so it shouldn’t mean that the qualification is perhaps as predictable as what we maybe had in previous years, so I can see that it could work again, yeah.”

The most experienced driver in WRC history was of course around in 2012 and ’13 when the qualifying stage existed, driving for Ford and then Volkswagen.

Now Toyota’s team principal, he’s not convinced the concept should be revived.

“We used to have this qualifying, and if I’m very honest with you I wasn’t so – I’m not personally a fan of qualifying, and I wasn’t the most excited about it because yeah everybody has the chance then to play with the road position, but it just makes it a bit more, how would I describe it?

“I prefer to have a shakedown, to drive it, to get the feeling for the car, and it always takes more hassle to set a qualifying. And on the other hand, I think this current system is pretty good that the leading driver will start first car on the road.

“So he will be punished of course on the gravel events, but he will gain a little bit on some of the Tarmac events. So for me this is the best possible [solution].”

Finally, we turn to seven-time champion and current series leader Ogier. Without reading Ogier’s response, you can probably predict his opinion here as the driver who has been heavily disadvantaged over the years by the current rules.

“I think you know the answer!” Ogier affirms.

“But [there’s] no point, at least for me now, it’s not a big matter anymore as you know my future plan,” he added, referencing the fact he’ll be stepping down from full-time WRC competition in 2022.

“But yeah that was something interesting for me always to bring a little bit of excitement as well before the start of the rally. So yeah that’s definitely a solution which is working.”

Agree with the drivers? Leave a comment in the section below

More on the WRC 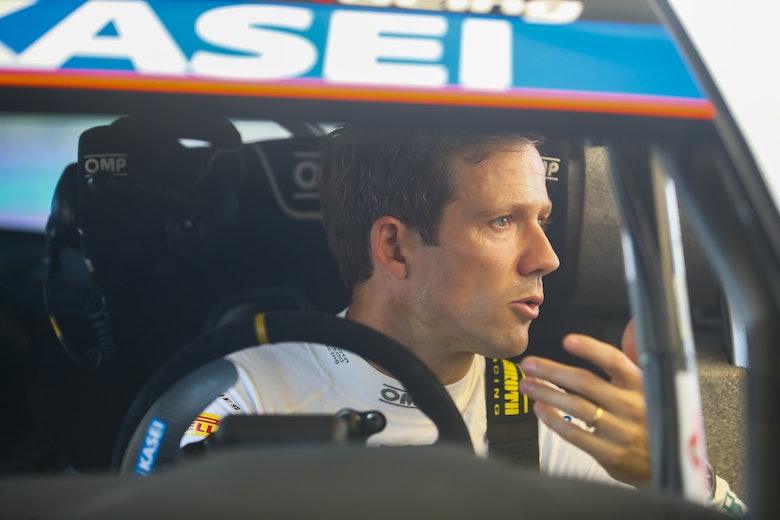 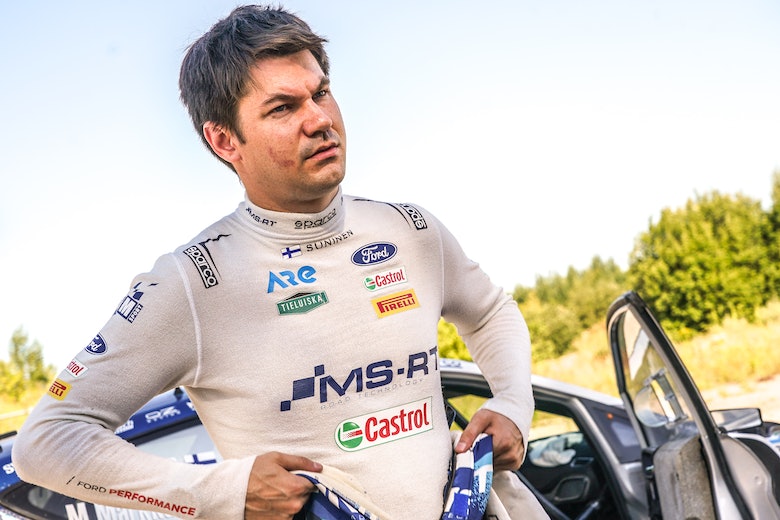 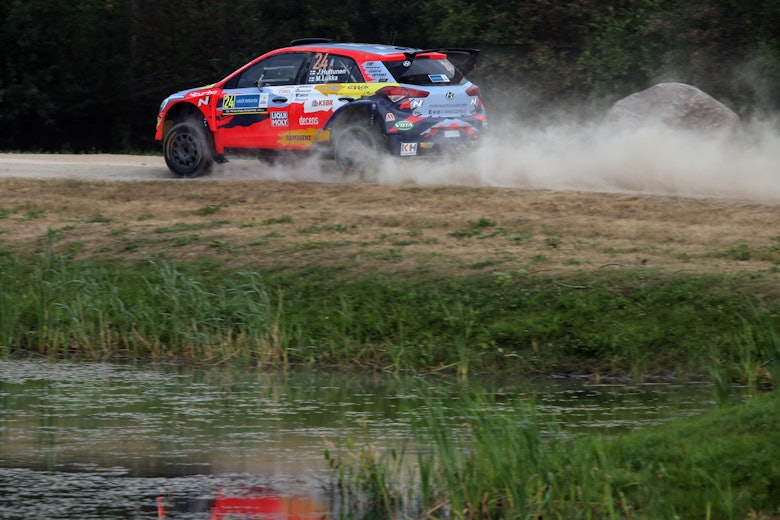 How WRC’s support classes stack up for Ypres Rally 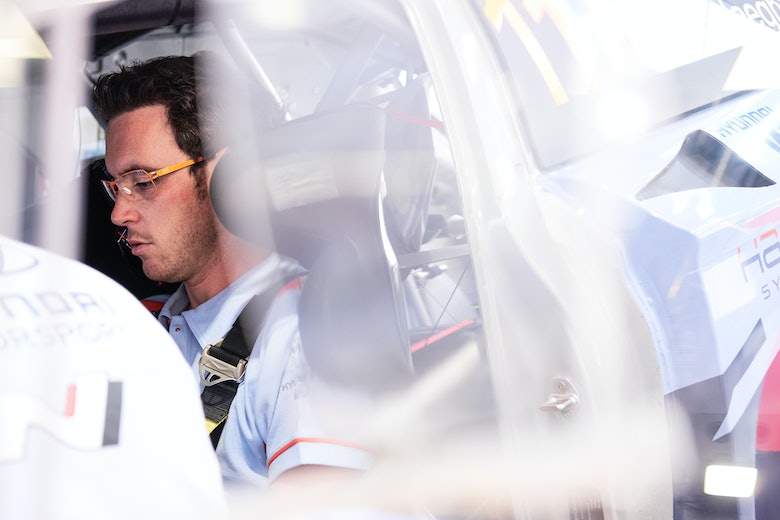