Has anyone got a penny for Ott Tänak’s thoughts right now?

Yet another difficult outing on last weekend’s Rally Sweden has left the 2019 world champion on the back foot for the third World Rally Championship season in a row – but the start to 2022 has been Tänak’s worst in a decade.

Little did we know when Tänak threw his i20 Coupe WRC off the road in spectacular fashion on the 2020 Monte Carlo Rally how much of a metaphor that would become for his Hyundai career to date.

“What can I say?,” said Tänak at the end of this year’s Rally Sweden, an event where he had been second overall before the hybrid kit on his Hyundai i20 N Rally1 became unsafe and forced his retirement.

His Monte had been undone by a head-on collision with a cliff-face on the second day, but the poor pace of Hyundai’s new challenger had made it complicated before then anyway.

“For me. I really can’t stress about it too much as there’s nothing I could have done,” added Tänak.

And perhaps that’s his crumb of comfort – that several of the issues of late haven’t been down to his own driving.

But there’s no escaping the reality of the situation. It’s now over 12 months since Tänak last won a round of the WRC and in his 20 championship appearances with Hyundai, he has only won twice. A WRC winning percentage rate of just 10%.

For context, at this point last year Tänak could reflect on two wins from seven WRC starts over the preceding 12 months (a success rate of 28.6%), and then in the two years before that one while still predominantly at Toyota he won 38.5% of the rallies he started.

It’s a worrying decline and form not befitting of the only world champion competing full-time in the WRC. 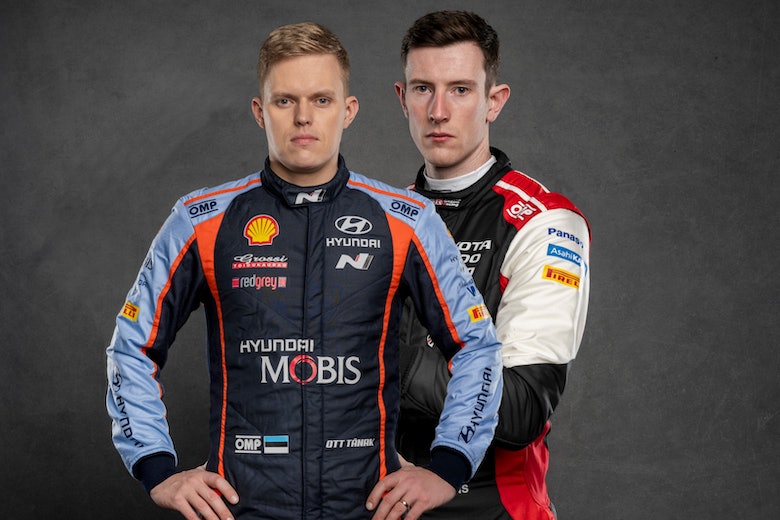 HYUNDAI WANTED EVANS IN 2020 IF IT COULDN’T GET TÄNAK

Surely it must be about to change? Surely Tänak is due a bit of good fortune and Rally Croatia will represent the turnaround that he doesn’t just want, but needs.

Here’s a recap of the last torrid 12 months of Tänak’s career since his last victory on Arctic Rally Finland where he led from start to finish.

Struggling for any genuine pace, unsure how to get the best out of his Hyundai on asphalt, he finished a forgotten fourth – over a minute away from the podium but close to two minutes up on Adrien Fourmaux behind.

The first one that really got away. Fastest on the opening stage, Tänak briefly dropped behind his two team-mates Neuville and Dani Sordo but led after the opening evening and began to pull clear of Toyota’s Evans on the second morning.

But Saturday’s penultimate stage was the undoing of Tänak’s rally as his rear-right suspension collapsed – seemingly after no contact at all – and it forced Tänak to stop and retire.

He returned on Sunday to win the powerstage but this was of scant consolation after being robbed of a victory he had truly earned.

A complete case of déjà vu.

Leading the rally from the very start, by SS11 Tänak had constructed a dominant 40.5-second advantage over Ogier. But, just as it had in Portugal, Tänak’s name disappeared from the leaderboard on Saturday with another suspension-related failure.

He yet again was forced to look to the powerstage for consolation and was second fastest, 0.3s off Neuville, but surprisingly upbeat: “The car is really fast now, so there is nothing stopping us, just the small things. It’s a fast car, and we just need to make it reliable. I am sure we can do it.”

A return to the podium for the first time in four months, but even this one punished Tänak (although admittedly not as harshly as it did Neuville who lost a certain win on the final day in the latest episode of Hyundai’s suspension calamities).

Tänak adopted a clever and conservative approach to his very first Safari Rally and ran third for practically the entire event. That was until Saturday’s dramatic final stage – Sleeping Warrior – where the heavens opened and Tänak’s windshield wipers failed.

“It’s amazing – the quality is amazing,” he quipped sarcastically.

It cost Tänak two minutes and dropped him to fourth. Given he was over half a minute clear of eventual winner Ogier before the incident, it’s certainly not unfair to suggest this failure ripped a win away from him.

The obvious place for a bounceback to form given it was Tänak’s home event, he won there a year earlier and had won four regional rallies with his i20 Coupe there. But instead Estonia was chalked up as another single to forget in Tänak’s flailing album.

Leading after the first proper stage, Tänak was then dumped to seventh with a front-right puncture but the 26.3s gap to the front was theoretically recoverable given Tänak’s ability on his local roads.

But in a haste to make up time, Tänak tried too hard on the very next stage – flying wide on a fast corner into a field and aggressively rejoining the road, smashing his Hyundai against a steep verge and puncturing two more tires that ultimately put him out. 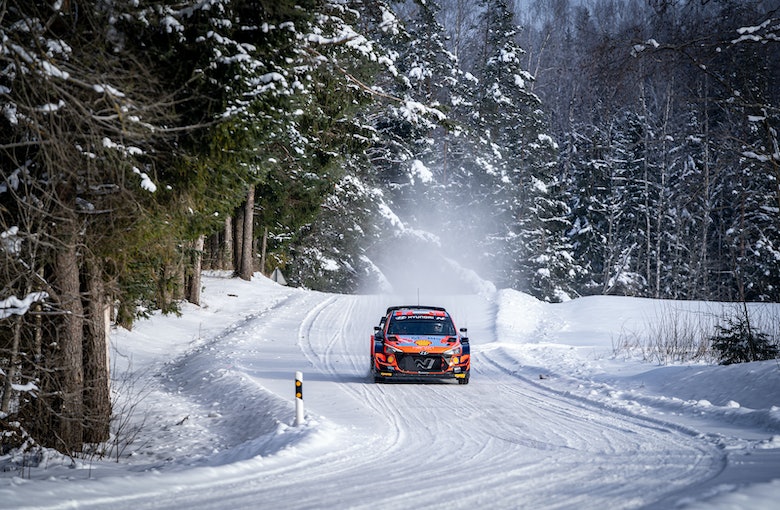 THE STRATEGY HYUNDAI HAS PAUSED AFTER TRICKY 2022 START

A surprise leader after the first stage, Tänak slotted into third after the first day to support a Hyundai 1-2-3 headed by Neuville and Craig Breen who were the only two drivers to have experience of the rally.

But once more Tänak’s Saturday curse struck him as he had to stop and change a puncture on the first stage of the day. It’s a procedure that typically takes WRC crews 1m30s to change, but Tänak and Martin Järveoja took twice as long as incredibly their wheel jack failed.

Tänak eventually came home sixth and was struggling to find the positives: “It’s quite complicated. It’s tough, but that’s like it is.”

The Acropolis was actually start of a mini renaissance for Tänak that’s quickly been forgotten with the recent continuation of his troubles.

Not quite able to live with Kalle Rovanperä who went on to claim his second WRC win, Tänak did do enough to beat Ogier to second but that wasn’t without stress before the powerstage with “a lot of smoke” in the car meaning he “couldn’t start the car until a few seconds before the start”.

The second podium finish of the aforementioned renaissance, but Tänak’s second place on Rally Finland stands as his most recent top-10 overall result – a worrying statistic given the event was five months ago.

Involved in a five-way tussle for victory with team-mate Breen plus Evans, Esapekka Lappi and Rovanperä, Tänak led for a healthy proportion of Friday before slipping to second behind Breen on the final stage.

But it turned out to be Evans that they all needed to worry about. Tänak did nip past Breen but he was powerless to defend against an inspired Evans whose Toyota beat Tänak’s Hyundai by 14.1s at the end of the contest.

Tänak’s Rally Spain was rather short-lived, and ended up bringing about an extremely early end to his season as he missed the finale at Monza for personal reasons.

Running an early sixth after what he called an “impressive spin” on the second stage, Tänak’s rally was done when he smacked a tree with the side of his Hyundai and it did sufficient damage to his rollcage to render it unsafe for competition.

It would prove to be Tänak’s last action in the i20 Coupe WRC – a car designed for and somewhat by Neuville – and so the new, hybrid i20 N Rally1 was supposed to revolutionize Tänak’s fortunes.

But that one hasn’t quite worked out yet, has it?

A disrupted – and late – testing program with various issues stemming from Hyundai not signing off the project until almost halfway through 2021 left the team on the back foot for the Monte.

Tänak had been fifth, 8.9s behind team-mate Neuville, before a puncture on Saturday morning dumped him to eighth. A mistake on an icy braking of the legendary Sisteron stage led to his Hyundai nudging the scenery – a collision that was strong enough to pierce his radiator and mean he wouldn’t return for the final day.

A glimpse that the driver we all know Tänak can be is very much still there, but beset by the usual misfortune that has dogged him of late.

Earning his first stage win of the season on Rally Sweden’s first test, Tänak slipped back a touch when he lost his front bumper and therefore several seconds with a less aerodynamically efficient car than his rivals.

But he fought back to 1.1s adrift of the lead until, over a compression, he lost the use of his hybrid unit. That later spelled complete disaster as his 100KW unit then became unsafe to operate and forced Tänak’s automatic retirement.

He’s a driver that really can’t catch a break at the moment. As the tables below show, he’s lost none of his speed – just hasn’t had the reliability to match it.

Hopefully Tänak is repaid over the course of this season, otherwise might he have had enough of the WRC? You certainly couldn’t blame him if the issues just kept biting him. 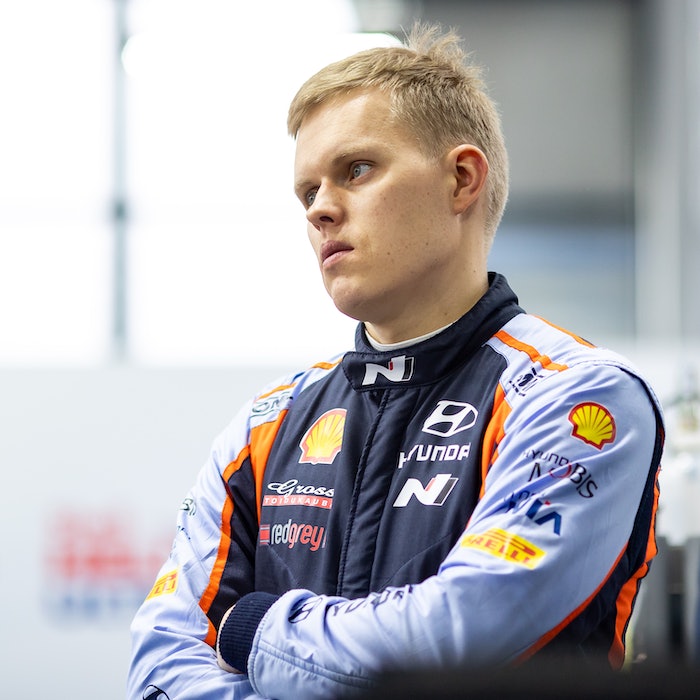 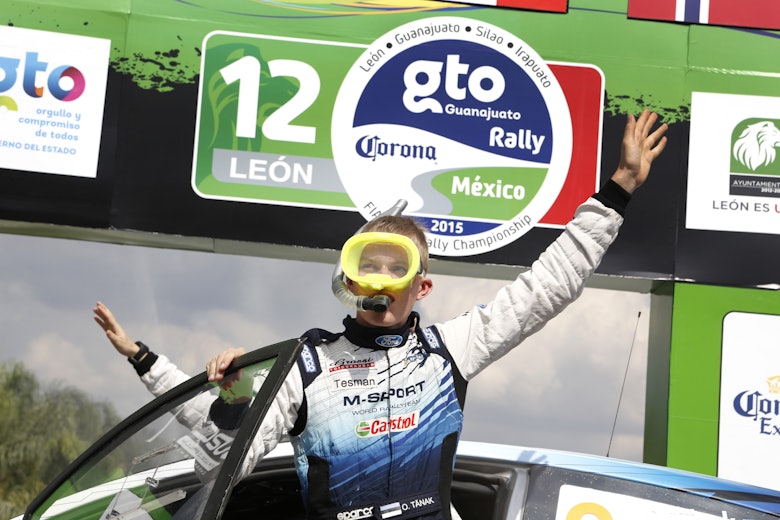 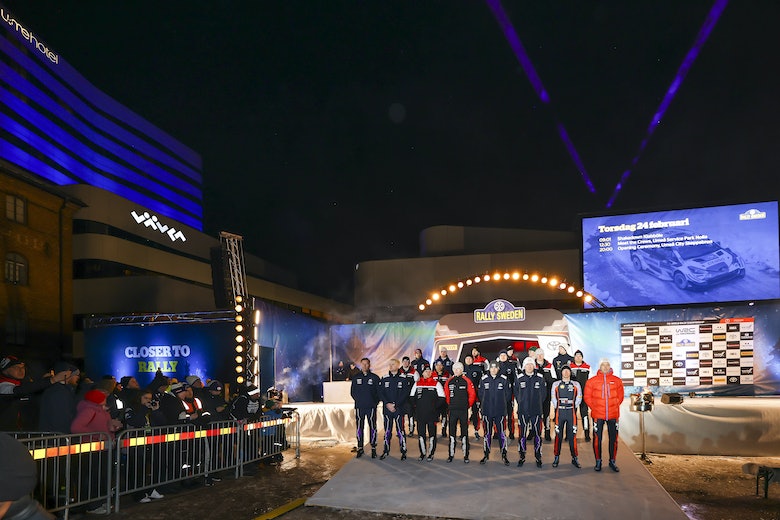