Two centimeters. That’s how close the Rude road came to being a modern-day Cabreira, 31 years on from one of Rally Portugal’s most famous moments.

For those not entirely familiar with the 1980 Rally of Portugal and how it’s now being likened to the opening stage of Croatia Rally, here’s a word from Ari Vatanen.

“Of course I remember this stage,” he told DirtFish, referring to the 25th stage on the third round in 1980.

“How could I forget? Already in the rally, we had a problem, so I had dropped some time. I was pushing hard, like normal. I came down the hill and the Tarmac section and touched the brakes. It was so slippery, like ice. Immediately, the car spun and I was crashing off the road backwards down the bank.

“When we were stopping, I looked around and I saw the word ‘Rothmans’ upside down.

“I said to David [Richards, co-driver]: “How is this possible? What has happened to our car?” I thought the car must have broken in two and that was the other part of my car. When these things happen, so quickly everything is coming to your mind.”

No Ford Escort RS1800 had been broken in half in the making of this accident.

So what had happened Ari? 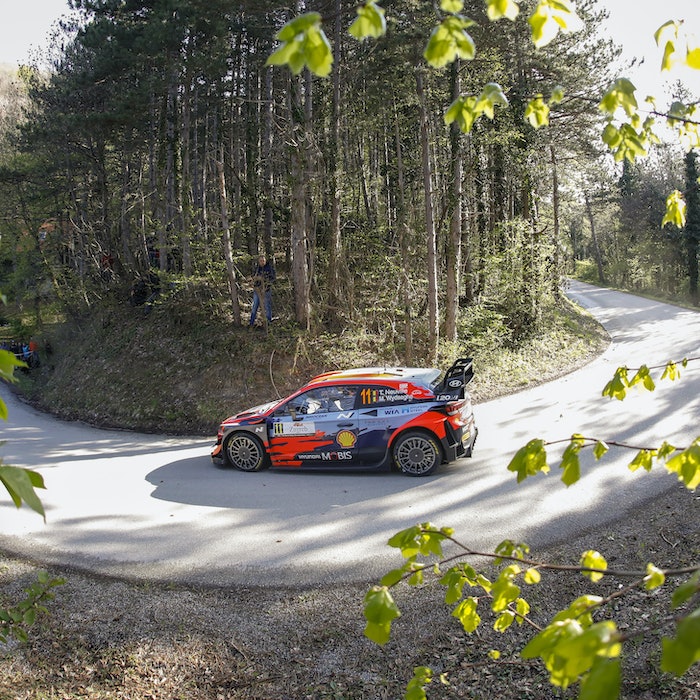 Find out what happened on the first day of Rally Croatia

“It was my team-mate,” he added. “Hannu [Mikkola] had already crashed in this place and now we were there with him. Right on top of him.”

And through that right-hander in the opening stage of Croatia Rally on Friday morning is almost what happened all over again.

With Kalle Rovanperä off and down the bank, Sébastien Ogier’s sister Toyota Yaris WRC teetered on the brink of tumbling down the same stretch and landing on top of the Finn’s car – Vatanen-Mikkola style.

For Ogier, it was a proper moment.

“Honestly,” he told DirtFish, “two centimeters more and I don’t bring it back and I’m falling like Kalle.”

With the championship leader so far off the road and so far down the bank, there was no chance for Rovanperä or co-driver Jonne Halttunen to get back up to the road to slow down and warn the oncoming cars.

Because Ogier hadn’t yet started the stage, the team was still able to inform him that Rovanperä was off.

Ogier said: “They told me the kilometres, but you never know from the notes what the exact kilometer is, and where the exact corner is. 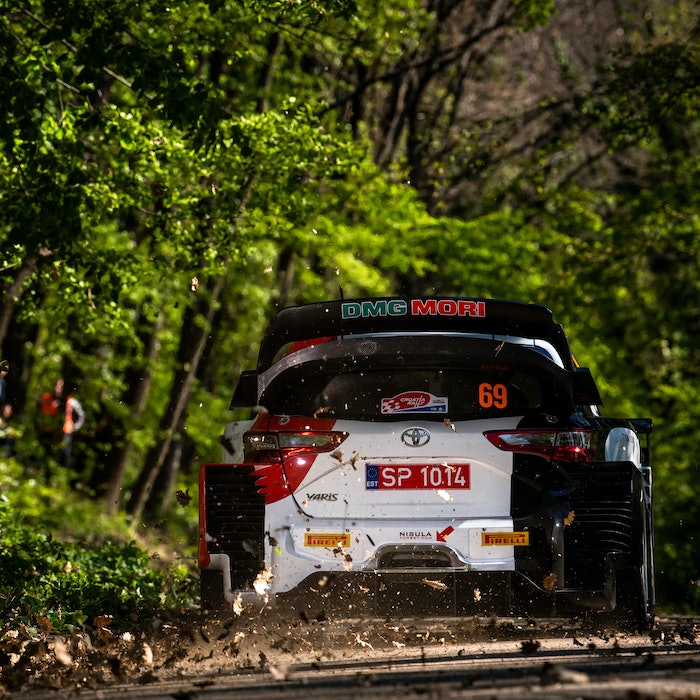 “So really, we had no information. I knew the zone [it was in], but I expected the next corner [after the one Rovanperä crashed on], actually. After the place Kalle went off there was another long left tightening before a four short right, which looked nasty on the recce. So we expected that was the one.

“I had a slide into the grass and, in one way, I was happy to finish the stage. I was disappointed with the puncture. I don’t know why this happened. It was just a slide on the grass and I even talked to Kalle now, he also told me: “I went to check and there is only grass to be honest.” So, yeah, I don’t understand that.”

Frustrating as the issue with the left-rear was, Ogier’s well aware things could have been considerably worse. Had it not for 20-mil of Croatian grass, history might well have repeated itself.