Hyundai has its i20 N Rally2. M-Sport Ford has a Fiesta Rally2 and even a Rally3 and Rally4 version too. Toyota stands alone as the only manufacturer competing in the World Rally Championship without a car fit for the support categories.

It has long been understood to be considering – and maybe even working on – a customer-led project, but official information on the topic is very thin on the ground. One day though, a Rally2 Yaris is expected to be out there on the stages.

Nobody will be willing that day on more than Harry Bates – the Australian driver who made his WRC2 debut on last weekend’s neighboring New Zealand in a Škoda. Go figure.

But Rally New Zealand wasn’t just Bates’ first rally in the WRC, it was his first ever (at any level) in something other than a Toyota. The only reason he deviated to something else was the GR Yaris AP4 he drives (and wins all the time in) back home isn’t eligible for WRC competition.

“Ultimately it was the right decision,” Bates told DirtFish, “because it gave us the opportunity to do WRC2.

“Obviously I’m a Toyota driver back home and that brand’s done a lot for our family over the years and done a lot for me personally, but I was really keen to make my WRC debut and just to get my foot in the door that way.

“You really become a part of the WRC when you run one of these [Rally2] cars. So, it’ll be much better for me when Toyota have one, that’s for sure.”

It may have been strange for Bates to not be driving a Toyota last week, but he’s right to believe he made the right call. For a driver that’s so used to winning (he won every single round of the Australian championship in 2019) 10th place and fourth in class may represent a bit of a damp squib.

But this was Bates’ first experience of the Kiwi stages, and he slotted into the pack as if he’d been there for years. The winner of two stages, Bates’ speed was unquestionable but the “endurance” – as he called it – of a WRC event proved to be a tough learning curve.

“It was a massive event, to be honest, a real test of endurance as we saw on Friday, a lot of attrition through the field, so happy to be here,” he said.

“Would have loved to have performed a bit better, not entirely satisfied with our weekend but we’re here at the finish line, so it’s been yeah a good experience.”

A small off and a puncture on Saturday left Bates a little frustrated with himself.

“That obviously put us on the back foot,” he said, “but Saturday afternoon we got the car into a far better position how we like it and that was when we were able to start setting some fastest stage times which is where we wanted to be at the start of the weekend.

“So, I don’t think we’ll go away not showing any of what we are capable of, but we would have liked to have shown a lot more as well.”

He’s being a touch hard on himself though, as those ahead of him were all extremely rapid drivers. Hayden Paddon is a WRC winner; Kajetan Kajetanowicz is a triple European champion and WRC2 title contender. And Shane van Gisbergen – while light on rallying experience – is a genius behind the wheel.

Bates had long looked like a driver who could perform well in rallying’s second tier, and New Zealand unequivocally proved that. The winner-takes-all APRC finale on Coffs Coast – where WRC Rally Australia was last held – is his next focus. But after that, he needs to make sure he can find a way to be in the WRC more regularly. 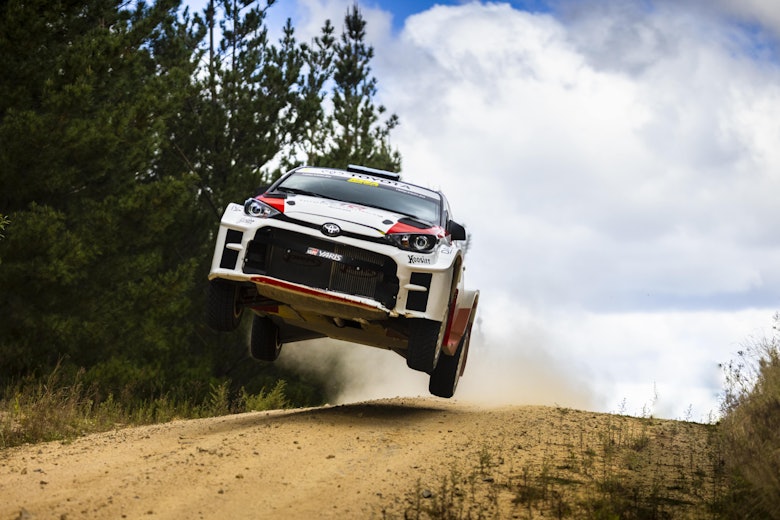 “It’s not easy from this side of the world, that’s just reality,” Bates admitted. “But I’ve had great support this weekend from Pedders and Scott Pedder himself who did WRC2 in 2015 and 2016 and he was quite competitive in that as well.

“So, I really think that we’ve got something to show for ourselves, we’ve just got to find a way to make it happen.

“We know there are cars in Europe and obviously I went through a lot trying to organize this event; it’s definitely just the funding and trying to find a way to convince Australian companies and sponsors to get behind someone who wants to go to the other side of the world.

“I think realistically the WRC is very Euro-centric, that’s just the way the sport has evolved over the years, so trying to justify return on investment for someone on this side of the world is tricky.

“But having said that, I have a very good relationship now with Pedders and also with Toyota back home and hopefully one day we’ll see Toyota with a Rally2 car on the roads and maybe that’ll be my big opportunity.”