Faced with the choice between competing in a round of the World Rally Championship or a small, regional rally, most would select the WRC.

But not Sean Johnston and Alex Kihurani. At least not last weekend.

Instead of lining up for this weekend’s Monza Rally to conclude their 2021 season, they were hurtling their Citroën C3 Rally2 down the challenging alpine roads of southern France.

The Monte Carlo Rally is just two months’ away, and Rallye Régional du Haut Pays Niçois was the perfect way for the American pairing to begin their preparations for the rally, where they are again aiming to kickstart another WRC2 campaign in 2022.

It was a smart call. The stage mileage was far more relevant than Monza would be, cost over 75% less and, in the end, ensured a three-year-streak didn’t come to an end.

“The fun thing for Alex and I is we’ve had at least one podium a season, whether that be in the Opel Rallye Cup, the Junior WRC, our R2 win at Monte and now this was the first podium in the Rally2 car,” Johnston explains to DirtFish, fresh from finishing third overall in France by a narrow 0.2 seconds.

“For sure it’s a smaller regional rally but there’s some fast guys there as well. We keep our one podium a year streak alive so we hope we’ll start next year with more podiums! It’s nothing huge to write home about but there’s still satisfaction with the result for sure.”

The podium was the icing on a cake Johnston was keen to learn how to bake rather than just simply eat. As 2021 is just his fourth season ever behind the wheel of a rally car and second in a C3 Rally2, he doesn’t want to just be fast by fluke, but learn how to be fast. 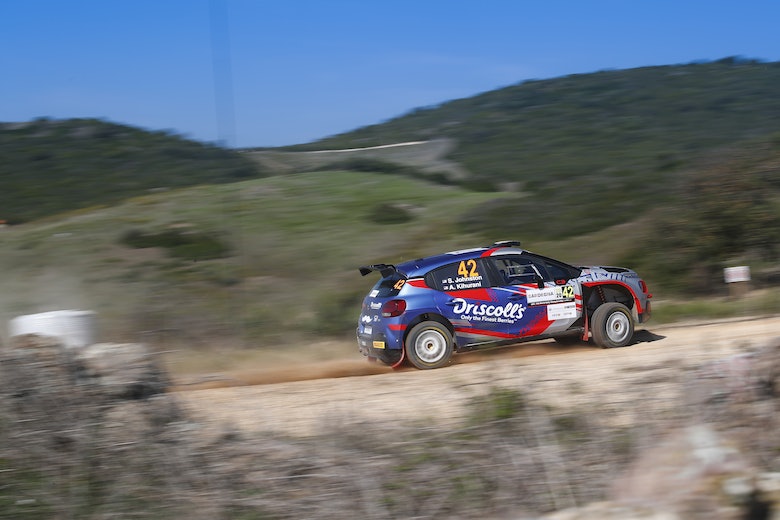 And that’s why last weekend’s event made so much sense. The ingredients speak for themselves, with SS2 Col de l’Orme – Col de Braus including the last third of the 2020 Monte Carlo powerstage while SS1/4 L’Engarvin – Lucéram comprised several miles of a test that will be used in 2021 – albeit in the opposite direction.

“It’s nice for us to just get a feeling for the profile of the stages and the surface, what it’s like in the dry conditions, that was good fun,” says Johnston.

“It was actually the very time that I had done a single-day rally,” he adds. “All the Opel Rallye Cup was always Friday evening then a full day on Saturday so this was for sure the shortest rally that I’ve ever done in my life.

“But we got two stages of proper night rallying done as well which is also critical. It checked all the boxes for us in terms of the experience and the practice that we’re wanting to get, so we’re happy that we did the rally for sure.”

“We still managed to not have any free time,” Kihurani laughs, “because on Friday we recced all morning until lunchtime and then tested all evening and then into the night, trying to squeeze in as much preparation as we could.

“But it was nice to get an extra test on those stages and then actually do some competition on the same and similar roads in the area for a lot less money than going to Monza for example.”

Johnston even had a chance to put another of his burgeoning skills into practice, completing his post-rally interview in French.

“It was fun for me to get to use my budding, not very sophisticated French to at least thank the team for their efforts over the weekend and the whole season and share that we were really happy to do the rally and that it was good prep for Monte next year,” he says.

“That much I think I was able to communicate, and Alex did a very good job of saying ‘yes.’

And there’s plenty of reason to smile. Although 25 stage miles split into five tests doesn’t sound overly useful, they could prove to be 25 of the most important miles of their careers come January.