Harri Rovanperä flinched. He almost couldn’t look. So he didn’t. Then he did. Then he didn’t. In the end he had to look. His son was about to make history.

I’ve left this one a while. After a WhatsApp chat with Rovanperä Sr on Sunday night, I gave him some space before catching up on what his boy Kalle had done on Rally Estonia.

We catch up with Harri debating whether or not to stare up at the big screen.

“Then the minutes, the waiting was so long. F****** minutes! How can they take so long? But then he came to the finish and this was fantastic. Fantastic result.”

With strict Appendix S-enforced limits on numbers in the service park, Harri (pictured above, far right) hadn’t been able to catch up with his son through the week. But when it mattered, they caught each other’s eye last Sunday afternoon.

I reminded Kalle’s dad that he hadn’t been so emotional when he took his first World Rally Championship win on the Swedish Rally in 2001. 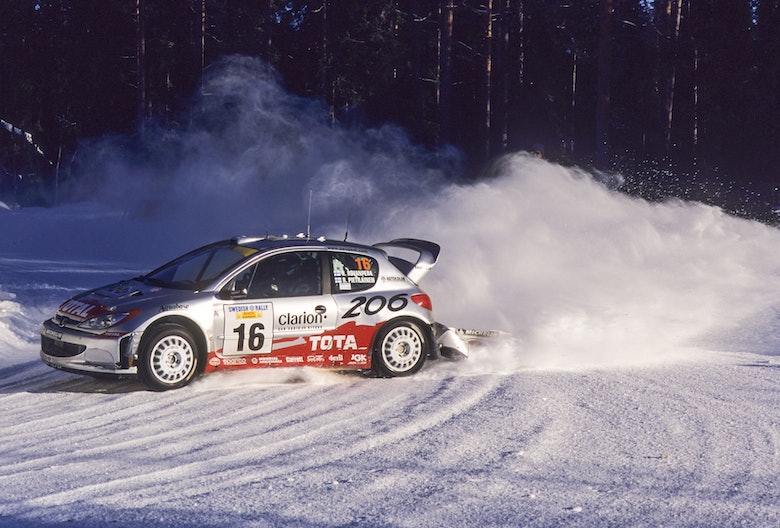 “It’s different,” he said. “When it’s your son, it’s so different – so much more special. For the father and the mother, this is really something. For the whole rally, I had stayed to the forest to watch. But at the end, I had to come to the podium to watch on the screen.

“My heart was nearly stopping so many times and the emotion was incredible. We waited for this for a long time, we – Kalle – has been ready for this moment for a long time now.

Kalle has a good balance. OK, if it’s a bad rally he thinks more about that, but that’s natural. Normally, the next day, he’s only looking forwards Harri Rovanperä on his son Kalle's temperament

“There wasn’t so much time,” said Harri. “I had to leave straight away to go back to Finland and Kalle went back to his place in Tallinn. We have talked a lot on the phone since then, but hopefully we will get some time soon. He’s so busy all of the time now.”

What next for his son?

“When you have the first one,” he said, “the confidence is coming much more. I think he has the speed to make a nice rally everywhere. The good thing is that he has a nice balance now. When he is going home, he’s able to switch off and not think about rallying at all.”

One of Harri’s concerns about Kalle was that he could become completely immersed in the day job.

“He has the good balance,” he said. “Kalle has a lot of friends around him, he does his hobbies and he’s completely calm with things. OK, if it’s a bad rally then he thinks some more about that, but that’s natural. Normally, for the next day, he’s not thinking to what happened, he’s only looking forwards.”

And what is forwards?

“The world championship,” said the proudest of proud fathers. “We know there are a lot of very, very good drivers who didn’t win the championship. But that’s his target. The only target.

“I can tell you, Estonia was a fantastic weekend. But, David, you knew this one was coming – you predicted it. Thank you for this!”