With names like Fangio, González and Reutemann to worship, it’s little wonder motorsport developed rapidly in Argentina. Much of the early scene was dominated by closed-road races, known as ‘temporadas’ from town-to-town.

A more formal approach was taken when the country’s then-president Juan Péron wanted to give racing a permanent home. Juan Manuel and José Froilán were consulted and a patch of land in the Buenos Aires suburbs, south-west of the city, were found and the Autódromo Juan y Oscar Gálvez (named after the Gálvez racing brothers) was opened in 1052.

Fangio was a regular winner, but wider motorsport history was made at the 1958 Argentine Grand Prix which was won by Sir Stirling Moss driving a Cooper-Climax. The history? The first Formula 1 world championship race win for a rear-engined car.

Rallying was well known in central and southern America as well. Admittedly, there weren’t many European-spec rallies, but marathon events were increasingly popular – including the transcontinental London-Mexico which passed through both Buenos Aires and Bariloche in 1970.

A decade on from Hannu Mikkola’s victory at the wheel of a Daily Telegraph-backed Ford Escort 1850 GT, the World Rally Championship arrived in Argentina (and then Brazil for two years in 1981/82).

The first two Argentine events were known as Rally Codasur (Codasur being the collective governing body of South American motorsport – Confederacion Deportiva Automovilismo Sudamericana) and run out of Tucumán in the north of the country.

Despite being run in the middle of a southern hemisphere winter, that first ever WRC counter – a Monday-Thursday affair in late July – was won in dry and warm conditions by Walter Röhrl and his Fiat 131 Abarth. Mercedes-Benz fielded cars for Björn Waldegård, Andrew Cowan and Hannu Mikkola, but only the Finn survived to split the Fiats of Röhrl and Reutemann, making a guest appearance with the Italian team.

The event returned to Tucumán a year later for a repeat of some very fast and long stages – often individual tests running close to 100 miles each. The 1981 event was FIA president Jean Todt’s fourth and final World Rally Championship win – and his only success alongside Guy Fréquelin in the Talbot Sunbeam Lotus they used to finish second in that year’s title race.

A growing economic crisis in the country – where inflation briefly ran at more than 1000% – and the Falklands War meant there would be no rally in 1982. When it returned in 1983, the WRC qualifier would be known as Rally Argentina and based 1200 miles south in Bariloche, a chilly place in the foothills of the Andes.

Come back to DirtFish for a closer look at that 1983 event on Wednesday.

From 1984 onwards, Córdoba was the new home for Rally Argentina and it’s remained in the province since. The service park has moved between Córdoba and Villa Carlos Paz to the west, but has stayed alongside the San Roque lake in recent years.

Since its WRC return in 1983, Rally Argentina has only been missing from two calendars – 1995 and 2010 – when the FIA rotated rallies on the calendar. The 2010 event ran as a round of the Intercontinental Rally Challenge.

The Carlos Paz and Córdoba base offered great access to stages around La Cumbre to the north and Calamuchita to the south. The most famous roads, however, are the ones running out west around Mina Clavero. The El Condor stage has become one of the season’s most iconic and atmospheric occasions with hundreds of thousands of fans camping out in the high Sierras for days and nights just to catch a glimpse of the drivers who are offered a deity-like reception in these parts.

Not all Rally Argentina stages are quite so well received. In 2007, in an effort to further the event’s popularity, the organisers put the cars on some transporters and sent them back to Beunos Aires for a superspecial in the River Plate football stadium. Ford driver Mikko Hirvonen won a fairly unremarkable mile-and-a-half of stage, but what followed was complete chaos. 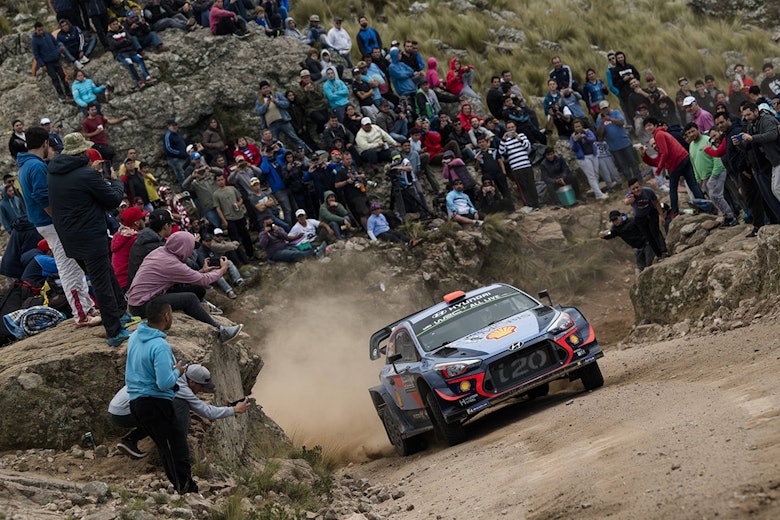 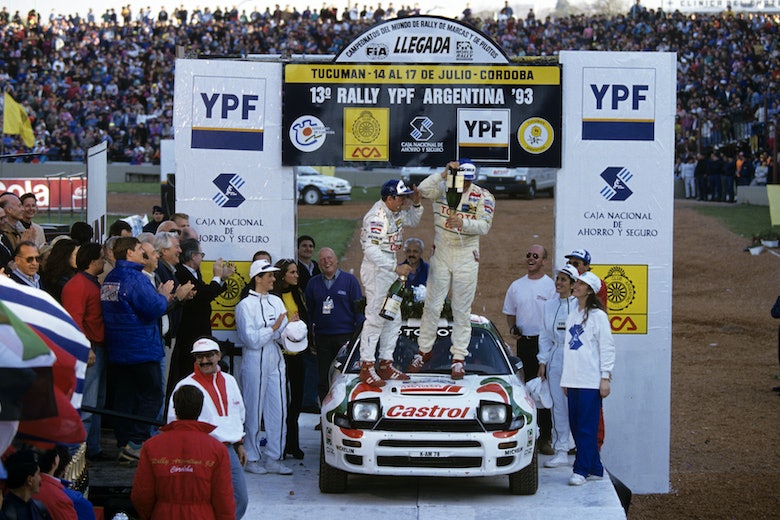 The cars were transported back to Carlos Paz through the night, but the crews faced hours of waiting around and sleeping on the domestic airport floor – the weather had closed in and grounded all flights back. The organisers were forced to cancel all Friday stages (apart from another superspecial – this one at Córdoba’s football stadium) while the crews made their way back.

Fortunately, such drama hasn’t stymied the South American appetite for innovation and, in 2012, Argentina bucked the trend for shorter rallies and banged in a 300-mile route to make it the longest WRC round for a generation. After 5h34m38.8s, Sébastien Loeb won the 19-stage event with Hirvonen just 15 seconds behind.

Since then, little has changed for a rally which still offers a fabulous mix of fast, flowing Pampas roads with the technical, twisty mountain tests. The weather for this week would be typical of this time of the year, with sunshine and temperatures in the low 70s expected to be interrupted by rain towards the weekend.

Second-guessing the conditions and their implications for the soft dirt roads is always a big part of the game – missing the rocks unearthed on the second run at stages another fundamental key to success.

Chile’s arrival in the WRC last season caused some concern in Carlos Paz, but Argentina’s part of the bedrock of the series. And it would take a brave man to tell the massed millions the WRC’s not coming back down their street.

Find, and join in, with the rest of this week’s Argentina celebrations through #DirtFishArgentinaWeek on the DirtFish website and social media.