Andreas Mikkelsen and Teemu Suninen put on a show-and-a-half on Rally Estonia. While the Rally1 battle petered out, Kalle Rovanperä streaking away and the midfield battles mostly settled, the WRC2 lead fight delivered drama until the very end.

But it probably should have been a four-way fight – and one of those who fell by the wayside was the home hero. What might have been.

Mikkelsen and Suninen are here for the long haul. They’re after the overall title. Not Egon Kaur. He’s here for two events only – Finland and, for him, the big one, Estonia.

Kaur had been preparing all year long for this rally. His entire program was designed around it.

In terms of time spent on the stages, his main program was the Finnish championship. But those podiums in Lapland, in Kuopio, in Pohjanmaa (pictured above), their entire purpose was training. A high-speed warm-up for the main fight.

When Kaur stepped into the ring with the heavyweights, he hit first. And he hit hard.

Three stages in, he’d gone from 11th all the way to the lead. Perhaps a popular home victory for Estonia was on the cards after all.

But then it started to unfurl. First, only on surface level – his Volkswagen Polo GTI R5 looked like it had suffered a knockout blow with the front bumper and lights missing, though all was still well under the surface.

There was a junction overshoot that cost him 10 seconds – the lead was gone but he was still going strong. 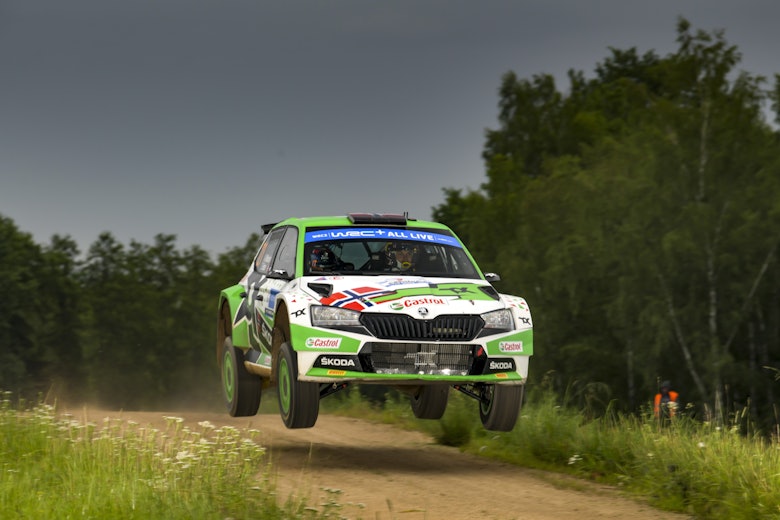 What we learned from 2022 Rally Estonia

But by Friday afternoon, he was put on the ropes.

“With [the] second pass, even though we kept pushing with the same passion as in the first pass, the car didn’t feel comfortable at all in the ruts,” Kaur tells DirtFish.

“We had this quite serious time loss already on this long one on the second loop,” referring to the 15.1-mile Peipisääre stage. “We saw that we couldn’t really match Mikkelsen or Teemu’s speed because we were really pushing and already at the end, most of the tires were already off the rim.

“The decision for Mustvee [the following stage] was to take it rather easily and smoothly but unfortunately, that didn’t work out.”

It certainly didn’t. Two stages, two punctures. Bang. The knockout punch. With only one spare on the trunk, his day was done. 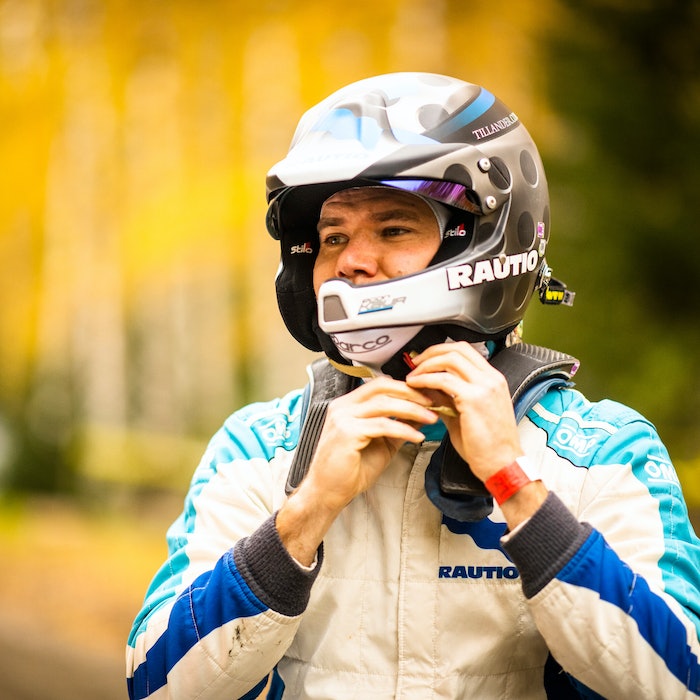 It's a matter of what experience we have and what we've been driving. It's always been like that Egon Kaur on his Rally Estonia bad luck

What should have been a glorious battle between the local favorite and the world’s best Rally2 drivers was over far too quickly.

It was starting to look like the same old story. Kaur, who has more starts to his name than anyone else on Rally Estonia, has never had much luck on said event. This was the eighth time in 12 attempts that he’d retired – the vast majority of which were technical failures.

“I think it’s been pretty much always the case with us,” rues Kaur. “It’s a matter of what experience we have and what we’ve been driving. It’s always been like that, that you don’t have too many chances to prepare for them so you have to be on the top level right away from the start.”

“But if you’re pushing like that, you don’t have previous experience of how to do it constantly, in a way that keeps you on the road and keeps you away from trouble. I would assume it is a more difficult task to do.

“But of course, luck wasn’t really on our side this time but at least we can take some consolation from some decent stage times.”

Decent they were. Kaur picked himself up off the mat and put the gloves back on come Saturday morning. By Sunday he was winning almost every stage in WRC2.

Little did he know, his fight wasn’t over. He thought he was just continuing for pride, for the learning, for the experience.

He had absolutely no idea that by Sunday afternoon, he’d be standing on the top step of the Rally Estonia podium.

It wasn’t the WRC2 win he craved. But it was still a chance to celebrate victory in front of the home crowd in Tartu.

He’d won the Estonian national championship rally without even realizing it. Kaur had thought his Friday retirement had knocked him out of the running. But, for once, luck was on his side this time. Those Friday afternoon stages didn’t count. As far as the Estonian championship was concerned, his punctures had never happened.

“I noticed that I won when they told me at the finish line that I’d won. That was a surprise that I got there!” Kaur chuckles, knowing just how absurd a situation it was.

It’s a fun consolation prize. But it is only that – a consolation. He came to Rally Estonia to take on the best Rally2 drivers in the world and beat them in a straight fight.

He’s got a second chance to make amends for Estonia. He’ll be on the starting ramp in Jyväskylä next month. And he knows it’ll be even tougher than against Mikkelsen and Suninen at home.

Emil Lindholm was the other driver in contention for Estonia victory until a puncture set him back. This time, it’s his home turf they’re on. And Suninen’s, of course.

As he’s learned from the Finnish championship, it’s about as difficult a local field as you can get in the world championship’s second tier.

“Emil has been fast and it’s not only Emil. There is [Mikko] Heikkilä, there’s [Teemu] Asunmaa; they’re all really fast. If I remember this rally in Turku [Länsirannikon Ralli], a very fast event, basically you pushed really hard and then there were five guys in 1.5 seconds. That’s how tight the competition is.”

But for Kaur, it’s not about winning championships this year. He’s not concerning himself with taking a crown over the course of a season. He’s here for one fight, to take the belt in front of the box office crowd.

Ask him which he’d take – one WRC2 win in Finland or the Finnish national title – and the answer is clear.

“I would take Finland WRC2 for sure,” he responds without hesitation. “There it’s the World Rally Championship and that’s our main aim. Our main aim has been Rally Estonia and Rally Finland. So, no question about that.”