Breen won the event comfortably on his competitive debut in an asphalt-specification i20 Coupe WRC, but had his eyes opened to what Belgian weather is really capable of with torrential rain flooding the roads.

“They were some of the worst conditions I’ve ever driven in,” Breen told DirtFish. “It was just horrendous. We were aquaplaning all over the road. We’d have a 600-meter straight and we weren’t able to get the car beyond fourth gear – it was just sliding from side-to-side, all over the road.”

For his first time in the car, Breen had been hoping for at least some dry and consistent conditions. They never came.

“We went out on the slick tire for the first loop,” he added. “It was a disaster. It would’ve been nice to get a dry loop in, just one loop so I could get a feel for the thing. There was no shakedown or roll-out or anything. I took the car over the ramp and drove to the first stage and was then just fired straight into it.

“Having said that, it’s really possible that we’ll have these conditions at some point during the Ypres Rally, so it makes sense to drive [with a compromised set-up], but it was really, really tricky.”

It was made even more tricky when Breen lost the wipers for a stage-and-a-half.

“The sticker on the top of the windscreen started to lift up,” said Breen. “The rain was getting under it and lifting it, then the blades got caught in the sticker and the wipers stopped.”

The rain eased slightly towards the end of the day, offering some further insight into the conditions that could be coming for the WRC next month.

“I was first on the road,” said Breen. “But you couldn’t really read too much into that for most of the day. The rain was so hard the roads were just being constantly washed, so there wasn’t much dirt or pollution – it was just puddles and aquaplaning.

“Once it did dry out, the road got a bit dirtier, which was good. Don’t get me wrong, it was a tough event, but it was very, very useful to get out there and get a feeling for the car in conditions we could see in Ypres. We changed lots on the car, worked a lot with the set-up, which was good.”

Breen won all the stages apart from the third test, which he started with no wipers, and took victory by 1m24.8s.

More on the WRC and Belgium 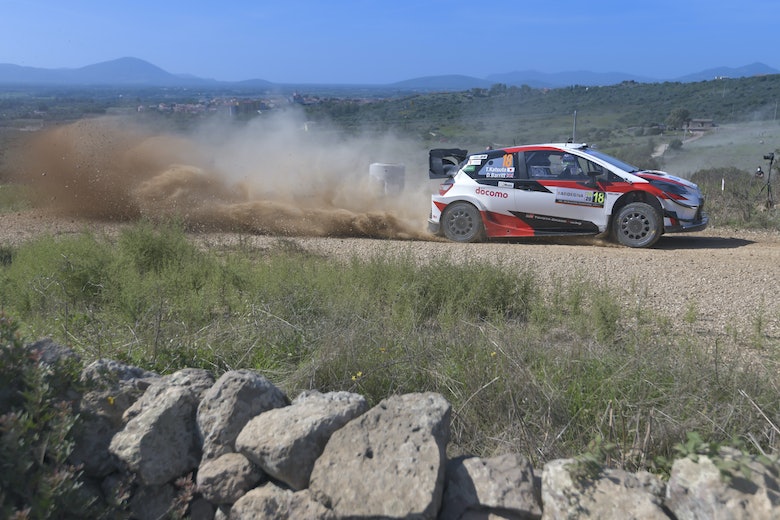 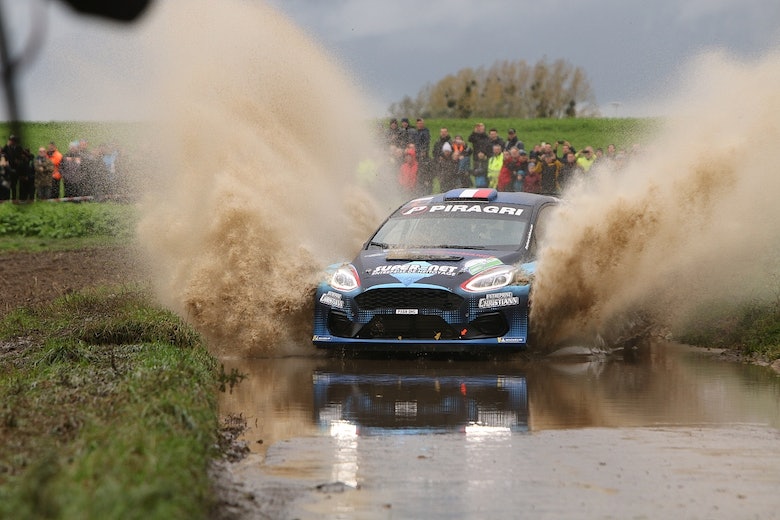 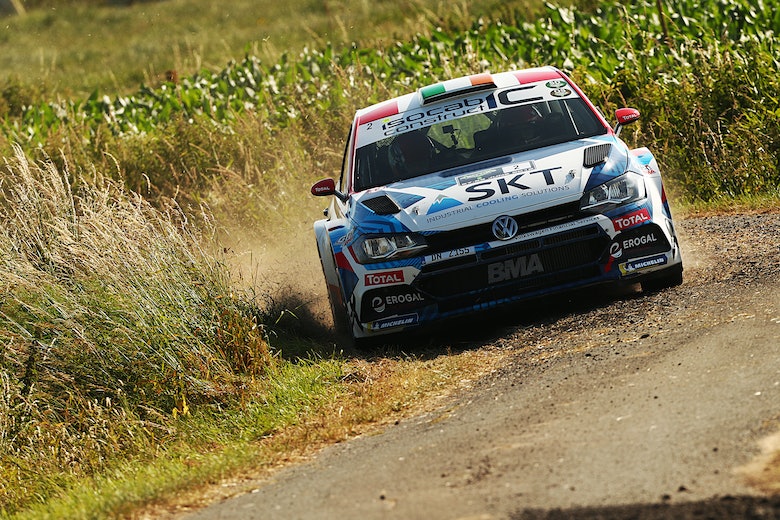